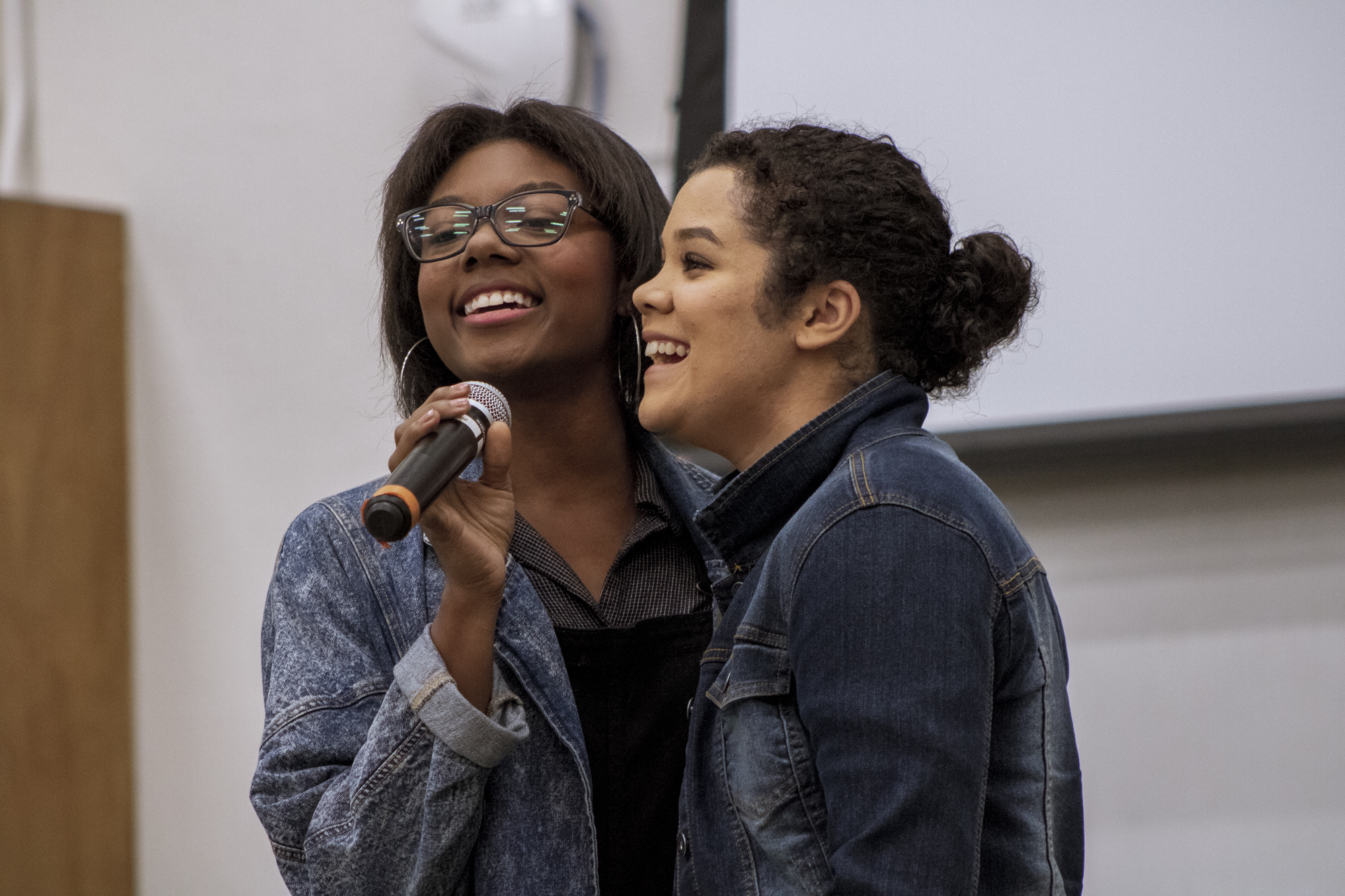 Classical compositions by J.S. Bach and Franz Shubert mixed with modern music by David Bowie and Adam Levine as students from the Applied Music Program (AMP) at Pierce performed in the latest Thursday Concert.

Carolyn Lozano Archbol and Zachary Friday opened the performance with the slow, peaceful composition Lezione 6, by Ferdinando Carullo from, Methode complete pour guitare au lyre, op. 27. The duo, dressed in black, sat on a classroom stage surrounded by 10 guitars, four pianos, one drum set and two microphones as they waited for students shuffling feet to settle before beginning.

After the duet, Samantha Rosenberg sang with Michaell Bustamante on the clarinet and Lance Merrill on the piano. They performed the lengthy, dramatic, German lied The Shepherd on the Rock, D 965, by Franz Shubert.

The clean, controlled clarinet and voice complimented each other throughout the piece. Rosenberg showed off her immense vocal range, moving her shoulders up and down along with the notes as her instrumental counterparts complemented and matched her melody.

Cantu didn’t simply sing but rather performed. She acted out talking through an earpiece and floating through space as Villacorta accompanied her on the piano.

Next, Jason Guiterrez and Jonathan Myers ditched the acoustics and plugged in their electric guitar and electric bass for their contemporary take on Little Prelude in E minor by J.S. Bach. The two interacted on the stage, smiling at each other and raising their energy throughout the song.

As the electric duet unplugged their instruments, Isabel Navas and Alexander Reyes prepared for their performance.

Navas sat cross-legged on a tall stool as Reyes tuned his guitar and prepared for The Moon Song by Karen Orzolek. As the two performed, Navas swayed slightly and tapped her foot against the stool as Reyes closed his eyes and smiled with the music.

The peaceful duet was followed, by Abtin Farrokh and Sahand Zare on the violins, and Lance Merrill on the piano. They performed the fast paced Concerto for Two Violins in D Minor, BWV 1034, by J.S. Bach. The swift, staccato piano set the quick, upbeat tone of the music.

“This is for all your special someone you think about under the starlight, under the moonlight and in the sycamore trees,” Myers said.

They performed a contemporary version of Dream a Little Dream of Me, by Fabian Andre and Wilbur Schwandt, incorporating guitar solos.

Students composed the next two pieces.

Aro Caitlin invited Edwing Franco on the drums and Taylor Frankel on the electric bass to perform his composition Consider. Caitlin incorporated a poem he wrote about a bird into the bridge of the song.

Jacob Kudjer composed the next song Birdsong, which is the first movement of his three-movement composition. Kudjer had Michaell Bustamante on the clarinet, Shelley Quinn on the cello, Victor Villacorta on the piano and Sahand Zare on the violin.

Finally, a large group with six musicians performed Sunday Morning, by Jesse Carmichael and Adam Levine. The lead singers, Andrea Davis and Micahela Shumpert, danced in synchronization as the rest of the group moved around. The lively, upbeat song concluded the student concert.

The next AMP recital will be on Nov. 21 in the Performing Arts Building on the Art Hill.