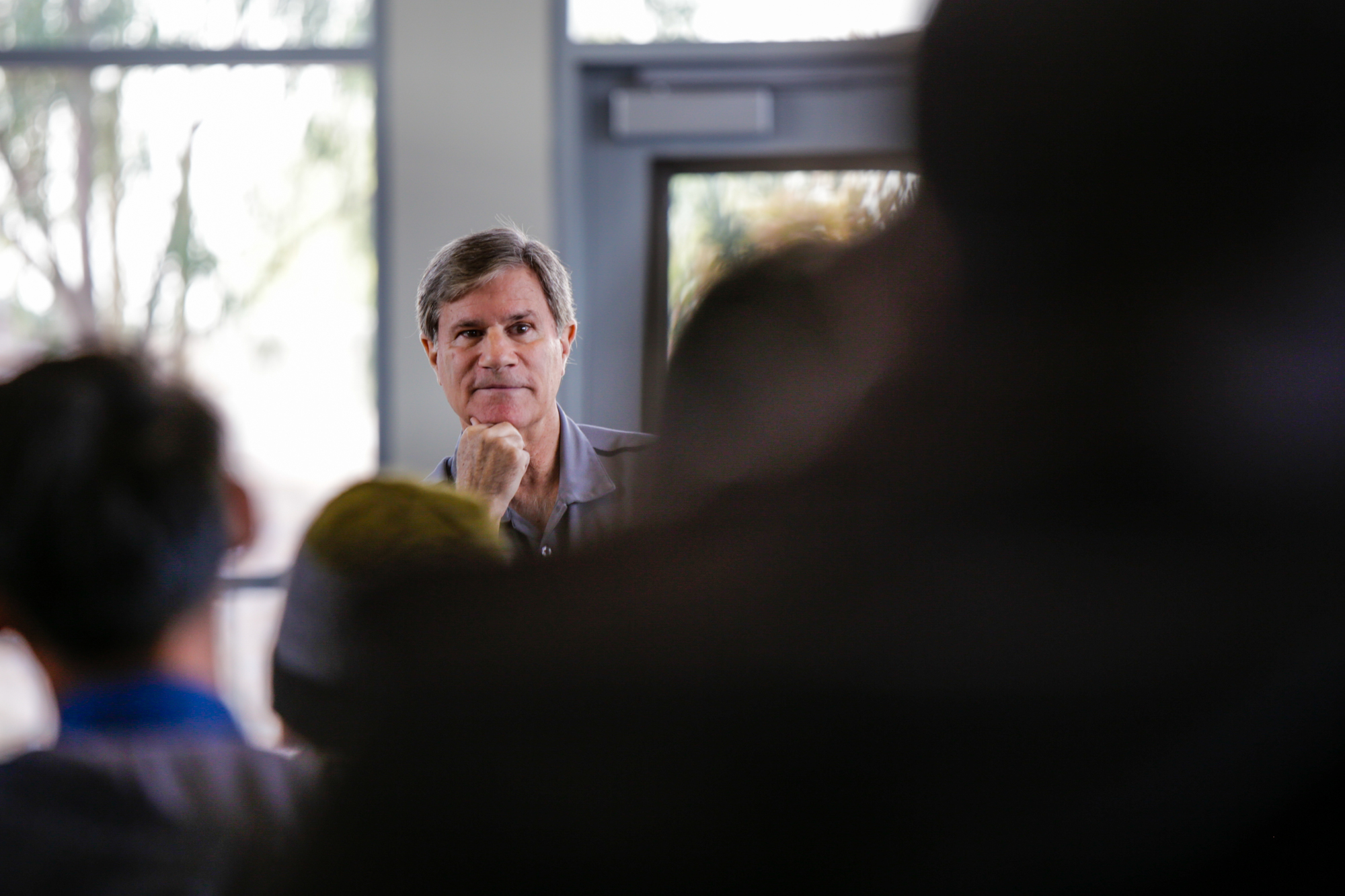 Despite his junior college professor telling him he would never make it in the broadcasting industry, Ted Sobel would go on to meet 750 Hall of Fame inductees, be the longest tenured current LA-based radio sports reporter and have a book titled “Touching Greatness” on the way.

During his talk with Pierce students about his career and family, Sobel reminisced with a story from his junior college days of what a professor said to him.

“’First of all, you’re not that good at what you do. I’m not impressed at your talent. Your voice is too high and you’re wasting our time and your time in this class,’” Sobel said.

Rather than let that be his fact, he held onto it for a different reason.

“That was a motivator all these years later,” Sobel said. “I don’t think about it very often, but it comes back to me when I get a chance to speak.”

While his professor spoke against his dreams, Sobel took his opportunity to do the opposite with upwards of 80 students in attendance.

“I want you to know, to me the most important thing, not just in journalism, but your life is passion, be passionate about what you do,” Sobel said. “If anybody tells you that ‘you can’t do it,’ but you think you want to do it, don’t even pay attention, ‘can’t’ is a cancer.”

Communications major Williams Pena, who wants to have a future in broadcasting, left Sobel’s talk with a lasting takeaway.

“He said that he had to learn different techniques and different approaches throughout his career,” Pena said. “And I know that for the rest of our lives, we’re going to have to be able to evolve in order to succeed in the field that we choose to go to.”

“My biggest takeaway is that even though I am a STEM or nursing major, there are definitely options for me to pursue a career in broadcasting,” Kumagai said. “This event

definitely gave me a little more purpose and direction in terms of what I want to do with the media.”

Sobel also spoke about some chapters from his upcoming book, one of which speaks about his uncle Carl Foreman and how he hopes to clear the stigma around the “communist” party, since he was once affiliated.

“It was a Hollywood-based group that wanted to do things for society,” Sobel said. “He was trying to help people, writing scripts about how African Americans were denied work.”

Another chapter, entitled “Anatomy of an Interview,” Sobel said recounts the injustices faced by female journalists.

“Barry bonds is in the most disgusting human being I’ve ever had to deal with,” Sobel said. “He just got out of the shower tries to make the women uncomfortable pretending he was going to take his towel off and just saying stupid stuff. Like from elementary school.”

When it comes to his longevity, Sobel attributes it to not resting on his laurels.

“I started out with cassettes, so I had to learn how to do digital editing,” Sobel said. You have to evolve with the program, with society, with everything. You have to understand. You can’t just live in the past.”