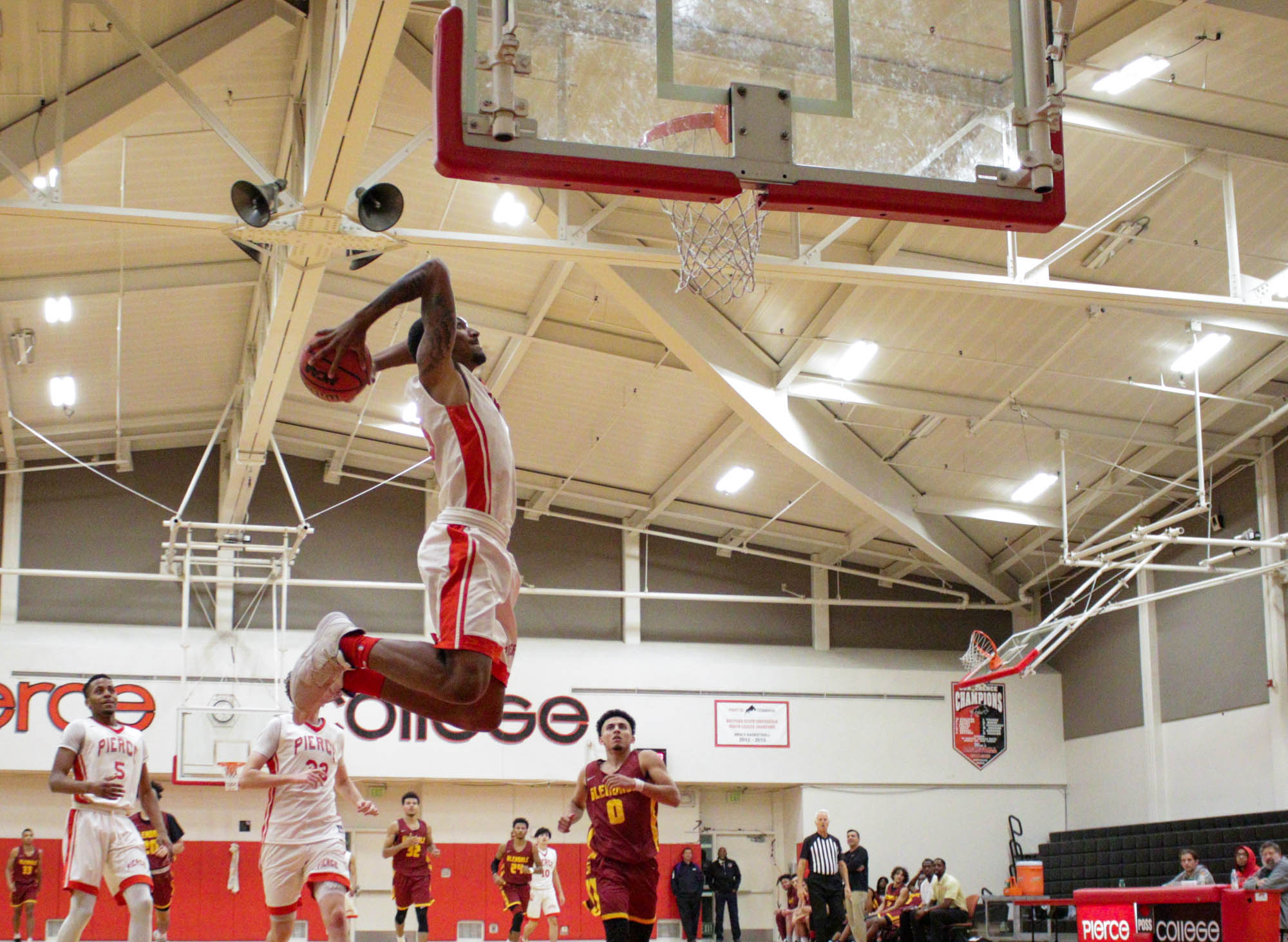 Defense was the dominant ingredient in the Brahmas’ home victory against Glendale Community College Tuesday.

Pierce was able to hold off the Gauchos and get the win by a score of 90-75.

Head coach Charles White said the team was prepared and the win wasn’t a surprise.

“The good teams defend so that’s what we had to do. I know we were a lot better. We played well,” White said.

Brahmas came in aggressive in the first half reducing the number of Glendale’s shots and created a 15-point gap. Two minutes to the end of first half, teams were tied at 35.

White said Brahmas started to get excited by throwing the ball away which resulted in a disadvantage..

“We came out on the first blow and then we let them up. I told them at halftime do you want to be a good team or you just want to be a mediocre team,” White said.

White said that the change of defense gave Brahmas the victory.

As the team felt comfortable in second half controlling their lead, Jayson Moore finished with a dunk leaving the score 79-62 five minutes before the game ended.

White said Max Edwards, who scored 30 points, had nine rebounds and four assists, is highly recruited and helped the team win against Glendale. Edwards was active in putting points on the board throughout the game.

“He’s a good kid. I just wish he would get a little tougher on the rebound. It would add a whole lot of dimension to his game,” White said.

Zion White said the team was selfish in the first half, but teamwork allowed them to bounce back and maintain the lead.

“They [Glendale] were forcing the game, but when the press came that’s where it went downhill for them,” White said.

Angel Mino from Glendale said the reason his team lost was because of missing defense and lack of team-work.

“We were in the game in the beginning, but we just lost it in the second half,” Mino said.

With the win, the Brahmas’ record is now 6-3 and will get ready for the Antelope Valley Tournament which takes place Dec. 6-8.