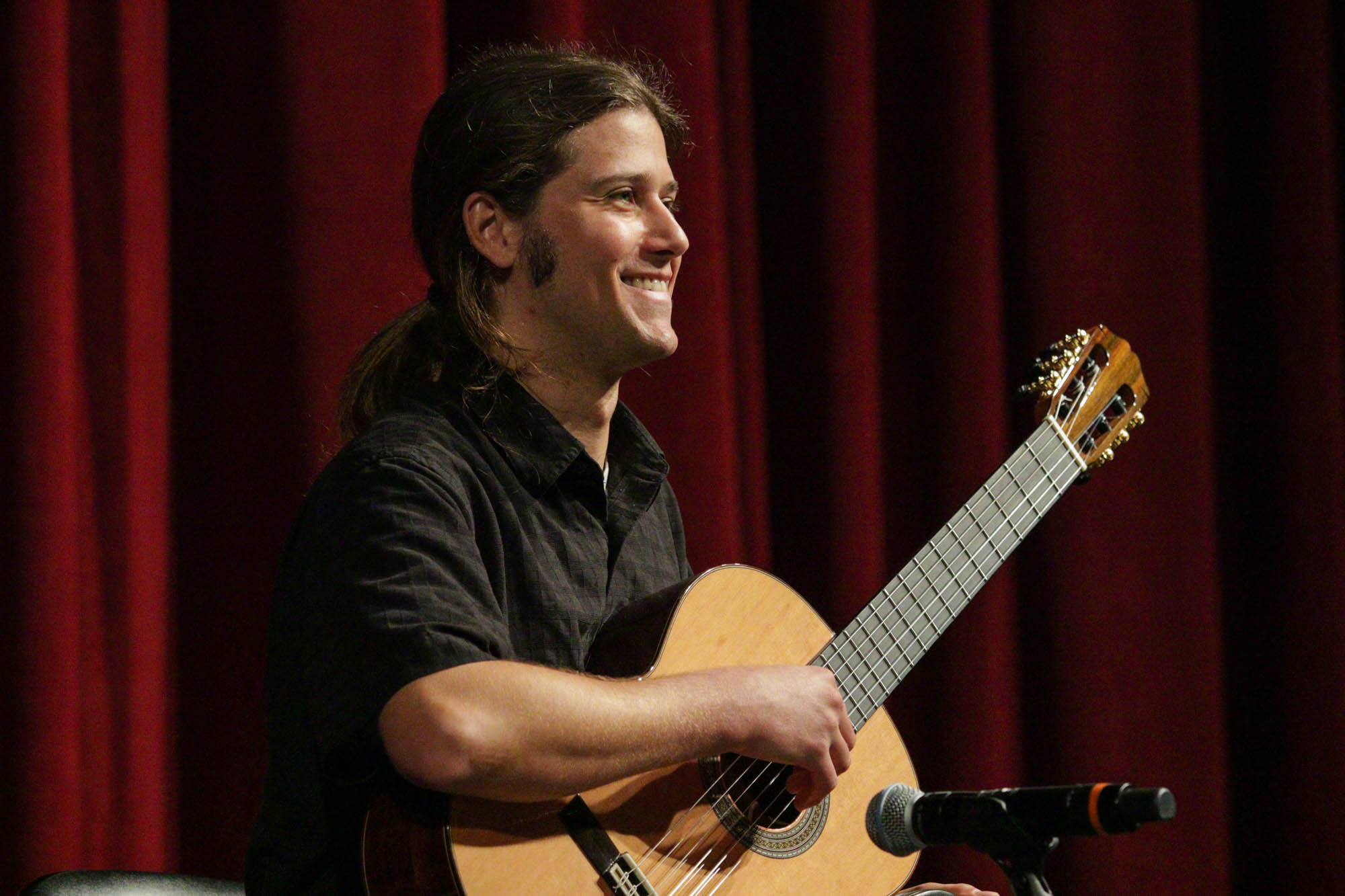 Students from the Applied Music Program (AMP) showed their dedication and love for their music as they played classical pieces from the 16th through 19th century at the afternoon concert on Nov. 21.

The performance was opened up by student Hannah Comstock dressed in red, accompanied by Lance Merill on the piano as she sang Silent Noon, by Ralph Vaughan Williams and was composed in the early 19th century.

Comstock said choosing the songs she performed was a collaborative effort between her and her instructor.

“I’ve seen it performed before and it’s one of my favorite compositions of that era,” Comstock said. “My personal instructor said I could still perform it even though many people have before so that was great.”

She then sang a second piece L’Amour est un Oiseau Rebelle from Carmen, by George Bizet that was composed in the 18th century. This song was more upbeat than the first and Comstock came to life for her performance by showing various emotions as she sang.

Comstock said she was a little nervous to perform this piece because it’s such an iconic song and it’s only her second semester in AMP.

“I don’t tend to get stage fright, it’s something I’ve had to overcome, but it was insanely nerve racking to be put first on the roster,” Comstock said. “It’s easy to think the worlds against you going up there, but everyone in this program is always encouraging each other and wanting to see each other succeed.”

The next performer was student Victor Villacorta who played two pieces that were composed in the 18th century. The first piece Invention 13 in A minor BWV 784, by Johann Sebastian Bach started his performance off slower and more timid. Villacorta then picked up the pace with his second piece Nocturne in F minor, by Mikhail Ivanovich Glinka.

Student Jonathan Myers performed next playing two pieces from the 19th century on the alto saxophone accompanied by Lance Merill on the piano. Both Take the ‘A’ Train, by Billy Strayhorn and Moose the Mooche, by Charlie Parker were upbeat songs that allowed the piano and saxophone to compliment each other nicely throughout the performance.

The next piece was performed by student Ara Mardirossian on the trumpet, accompanied by Lance Merill on the piano as well. The piece Andante and Allegretto, by Guillaume Balay started off slow and had a somber feeling but then the emotions changed as the pace of the song picked up.

Vocalist and student Michaela Shumpert was the next to perform two very upbeat but emotional pieces. Per la gloria d’adorarvi, by Giovanni Battista Bonocini and I Could Have Danced All Night from My Fair Lady, by Fredrick Loewe both lit the room up as Shumpert sang.

Guitarist and student Zachary Friday performed two classical compositions on the guitar. Prelude No 5, by Francisco Tarrega and Study No 9, Op. 60, by Matteu Carcassi were two very different pieces as the first was slower but the second piece performed picked up the pace again.

The next performer was student Taylor Frankel who played two pieces on the electric bass. His first piece Minuet I in G major, by Johann Sebastian Bach was a slower song that let everyone in the room feel the vibrations of the bass.

The second piece Echo Song, by Alexander Pappas, Chris Brown, Israel Houghton, Matthews Ntlele and Steven Furtick was modern and had everyone in the room clapping their hands to the beat.

Student Connor Trietsch then played one piece that included romantic but somber emotions on the jazz guitar called Emily, by Johnny Mercer and Johnny Mandel.

Vocalist and student Shelley Quinn accompanied by Lance Merrill on the piano then came onstage to sing three pieces. She performed If I loved You from Carousel, by Oscar Hammerstein and Richard Rodgers, La Calle de La Paloma, by Edward Kilenya, and Danza Danza Fanciulla Gentile, by Francisco Durante.

These three pieces were each very short but Quinn played the part of the singer very well for each one showing romantic but sad emotion for the first and third piece while eagerness for the second piece.

Closing the concert, student and flutist Maudi Cameron performed Flute Concerto No. 1 in G major, by Wolfgang Amadeus Mozart accompanied by Dr. Hyunju Hwang on the piano. While this piece was very long, the tempo changed on multiple occasions going from slow to upbeat.

“It’s really great feeling as the AMP director to see all of the hard work students put in shine through and their able to get that from the audience and it’s just great to see that,” Mazon said. “It’s just a wonderful feeling and sense of pride and joy for their success.”