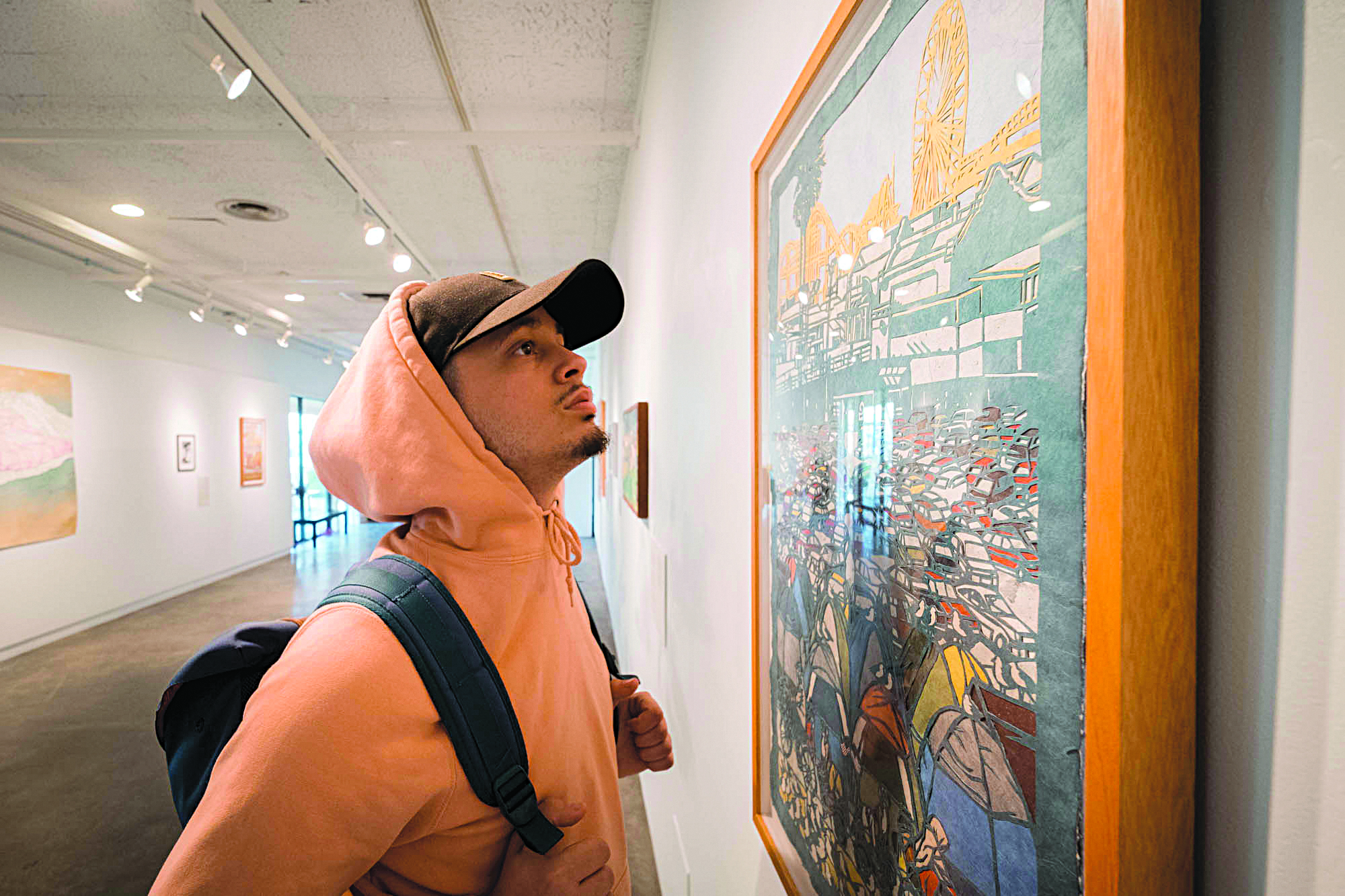 Throughout the nine community college campuses in the Los Angeles district, classrooms are full of students who are seeking an education, but one in five of them are currently homeless according to an LACCD study published in 2017.

Pierce College is one of the schools included.

Each school year, Pierce selects a piece of literature for One Book One Campus. Librarian Lisa Valdez chose “The Soloist,” written by the award-winning Los Angeles Times columnist Steve Lopez. It’s based on a true story and addresses current issues of student homelessness, student mental health and food insecurity.

In conjunction with One Book One Campus, the Pierce College Art Gallery has opened its new exhibition on Feb. 10 called “Homeless in L.A.” The display has different intimate art pieces such as paintings, photographs and paper-cut works from six Los Angeles based artists whose work focuses on the issues of homelessness in local communities.

“Sometimes people have biases and prejudices that they don’t really realize that they have,” Valdez said. “We want to confront these issues and educate people because the person sitting next to you in your class could be homeless, and you have no idea. Or they couldn’t have eaten for three days and you have no idea.”

Valdez said that people may not have a clear understanding of what being homeless is. From her perspective, having an exhibit that demonstrates what homelessness looks like is influential because it informs.

“Just from being able to see other people’s perspective on how they see homelessness, in their own communities, is very important,” said Valdez.

A couple of the works submitted for the exhibit are currently featured on the Instagram page of the Pierce College Art Gallery. Lorrinane Bubar is one of the featured artists. She crafted a detailed cut-paper display that illustrates how it looks like to be living in downtown Los Angeles with a shopping cart stocked of personal belongings.

Ron Lu, a studio art major examining the pieces, stated that he has personally known classmates of his that have experienced being homeless.

Louis Carr is a photographer whose piece, “Cali,” is on display. In it is a black and white portrait of an African American man wearing a cap with large bold letters spelling “Cali” across it.

Carr has first-hand experience, having been homeless for 29 months. His photographs that are on display at the gallery identify different aspects of what living without a home means.

“I’m an L.A. native, it’s been something I’ve been passionate about for a very long time,” Carr said in a telephone interview.

In June, it will be 11 years since Carr has overcome homelessness.

The Pierce College Art Gallery featuring “Homeless in L.A.” will be open Mondays through Sundays from 9 a.m. through 5 p.m. until Mar 20 at Art 3300 6201 Winnetka Ave. This art exhibit is open to the public and is free admission.