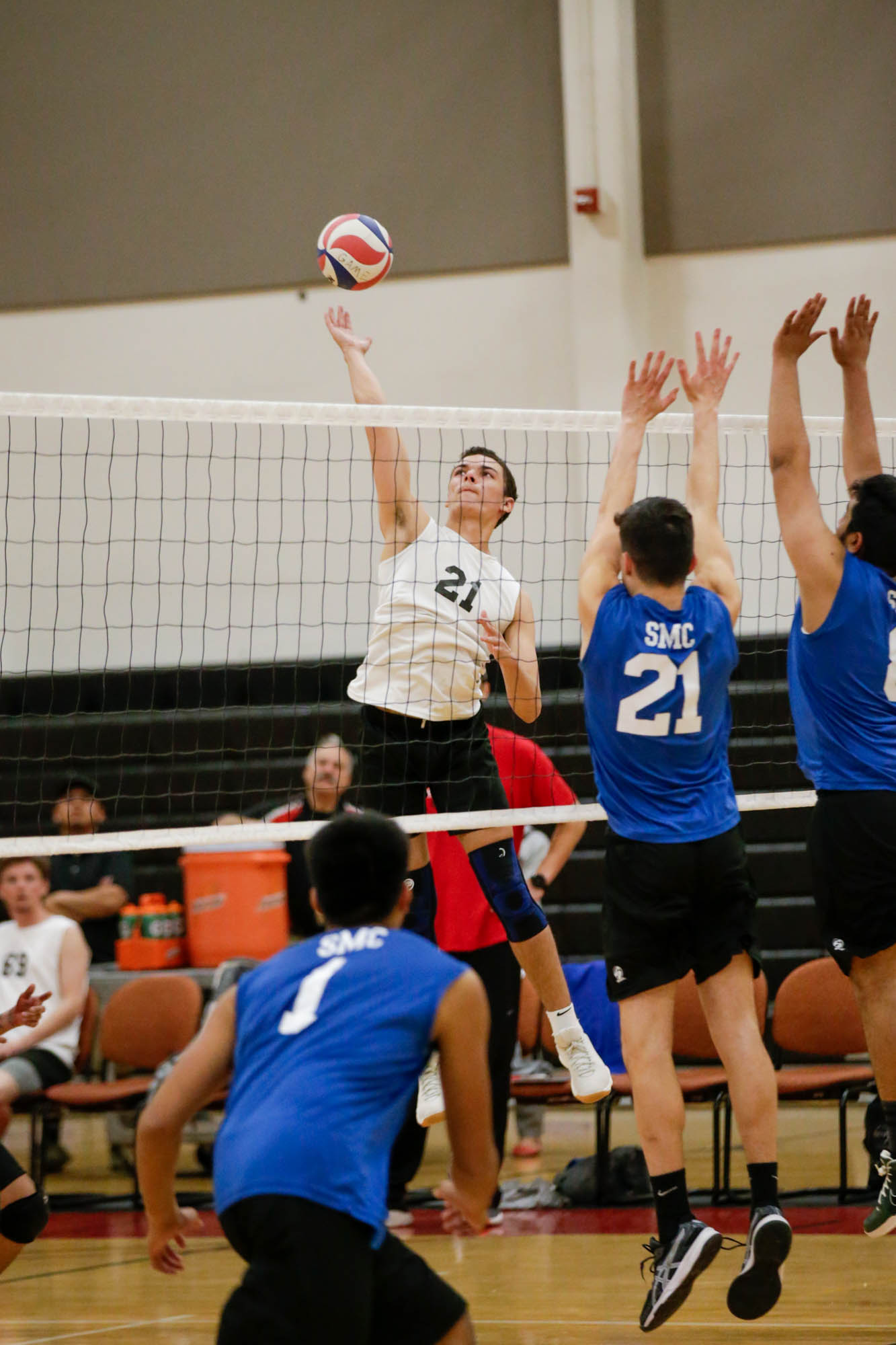 After dropping their season opener to the Golden West College Rustlers, men’s volleyball bounced back to beat the Santa Monica Corsairs on Feb. 26.

Pierce was down 22-17 in the first set but made a nine-point comeback to take the match.

Opposite hitter Amarili Rabiee said he felt that it wasn’t about being down in points.

Pierce came close to winning the second set, but a few missed blocks and attacks prevented a comeback.

Assistant Coach Daniel Jacobs said he felt there was nervousness and chaos during the first home game, but felt glad they got a win.

“We have some stuff to work on and things to clean up and polish to keep getting better for the rest of the season,” Jacobs said.

Pierce started the third set by scoring five unanswered points and kept the momentum going. The Brahmas won the set 25-13.

Setter Stephen Grandinetti said it was good to see what the team worked on in practice come together in the game.

“It was a good team win,” Grandinetti said. “It was really fun working with the guys and getting better.”

The Corsairs almost made a comeback when they were down 23-18, scoring four unanswered points, however the Brahmas would prevail and win the game.

“Edison Zhou is extremely smart,” Douglas said. “He made adjustments that made all the difference in the world. Putting in Raibee and seeing that we were smaller, was a game changer for us.”

The Brahmas improve their record to 1-1 and will host the Antelope Valley Marauders at Ken Stanley Court at 6 p.m. on Friday, Feb. 28.