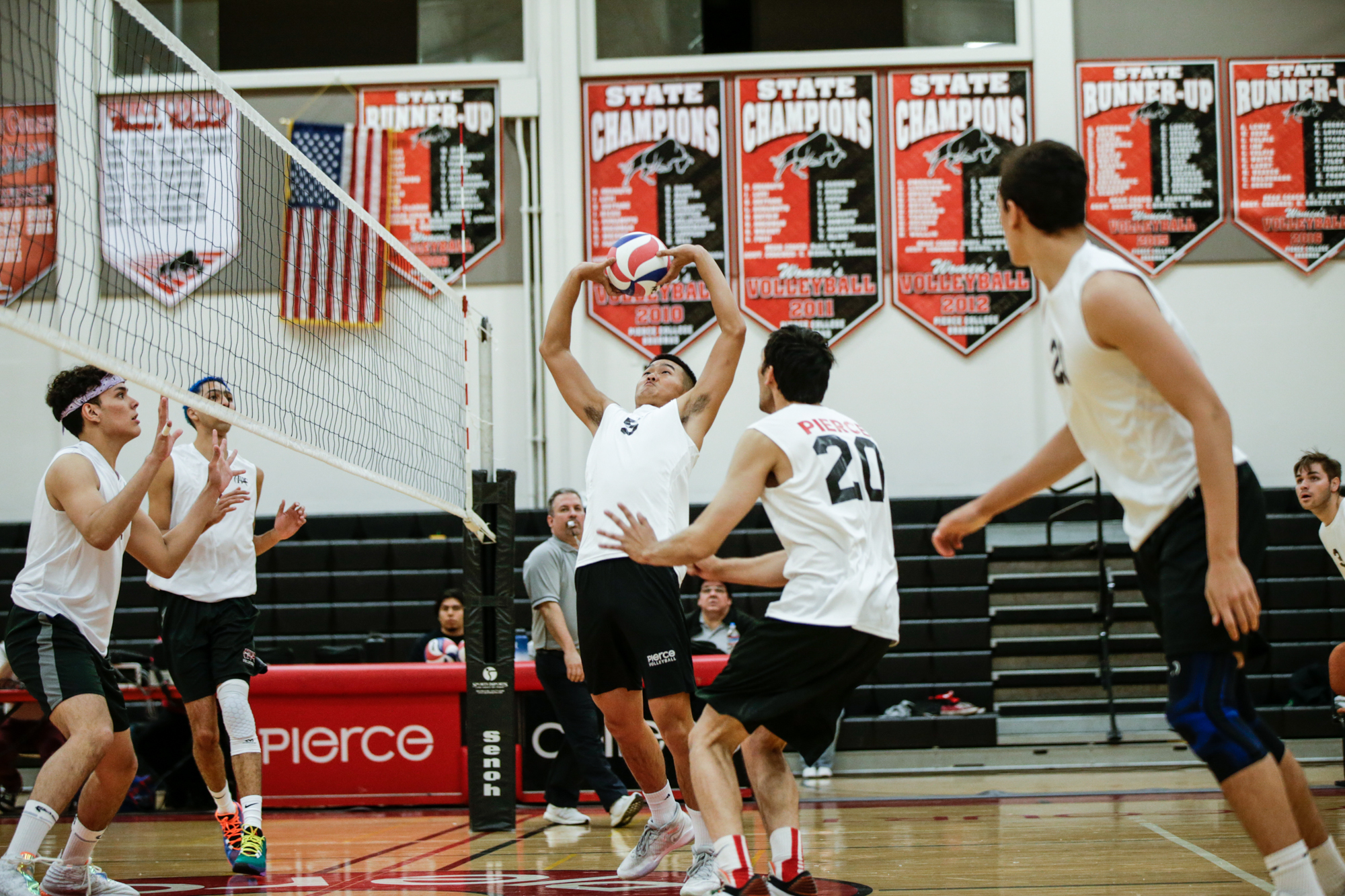 After finishing strong against Santa Monica College, the Brahmas carried that momentum into their game against Antelope Valley on Friday night.

The Brahmas beat the Antelope Valley Marauders 3-1, with a quick start in the first two sets.

Brahmas’ head coach Edison Zhou said focusing is the key to how well the game went for the players.

The Brahmas came out of the gate playing aggressively scoring six times, and only allowing three points from the Marauders.

The Brahmas kept the Marauders to a low scoring set, outscoring them by ten points.

He noted despite the loss that coming back to Pierce is always a nice homecoming.

“I have a ton of amazing memories at the school,” Cruz said.

The Brahmas’ quick start in the first set, ended in a victory over AVC of 25-15.

The momentum carried into the second set when they beat AVC 25-19.

Antelope Valley responded in the third set as they beat the Brahmas 25-19.

Even though AVC won the third set, several Brahmas players believe they were the stronger team.

Evan Troncoso felt fired up after losing the third game and felt motivated to shift the momentum back to Pierce.

“I was upset and I didn’t feel like they deserved to win that third set,” Troncoso said. “I wanted to put in the work to win that.”

“I feel like we lost the third set, but they didn’t beat us,” Marcy said. “We knew that we could beat them and we should beat them.”

Steven Grandinetti felt that the team was starting to mesh well and work on things they initially struggled with.

Grandinetti noticed that complacency is an area where the team could improve on especially with a good start in the game.

“It happened last game too, but we just have to  hold each other accountable and stop going on a rollercoaster of energy,” Grandinetti said.

The Brahmas fought back in the fourth set to win 25-19.

Chase Marcy said that while they have played well there is room for more practice.

“I don’t feel like we’ve played our best volleyball yet,” Marcy said.

Marcy said that the team has to stay focused on what is next by practicing.

“We just need to have really good practices, focus more in practice and we’ll be ready for both games,” Marcy said.

The Brahmas meet Santa Barbara City College on the road on March 4.

The next home game is March 6 against Long Beach City College. With the win, the Brahmas improved their overall record to 2-1.