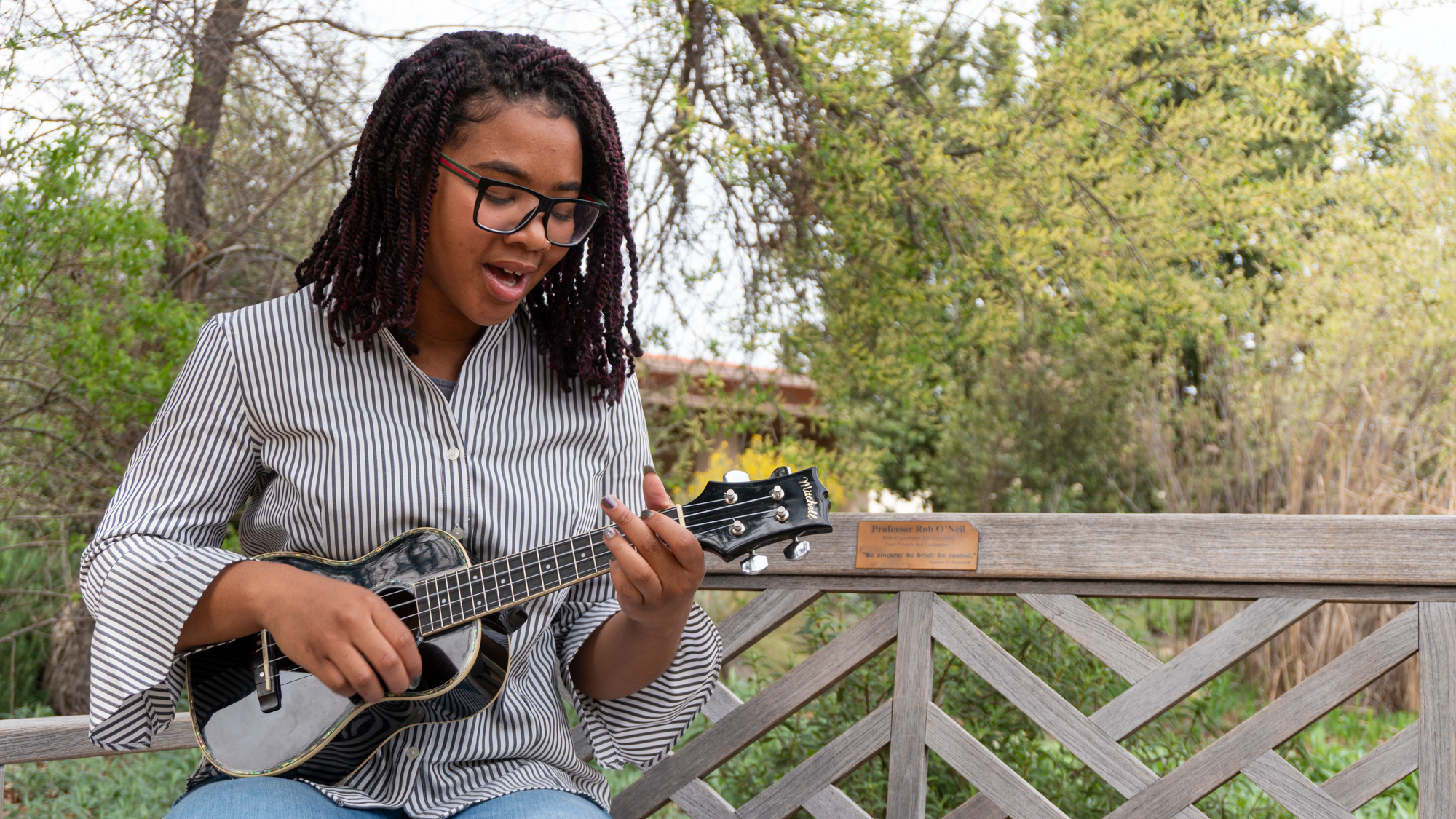 If her mom had never given her a Beyonce CD to practice in her room when she was 5 years old, Brianna Randall would not have developed her passion and skill for music.

Randall honed her music skills and released her song “New Arrangements” on Jan. 1.

She said the first time she performed “New Arrangements” was the only time she had not experienced performance anxiety.

“I typically get really nervous in front of audiences when I perform anything, but when it came to my own work, I felt so much more comfortable,” Randall said. “It was one of the most amazing experiences of my life.”

The song is available on multiple platforms, including Soundcloud and Spotify. She performed some of her music with a group of friends at The Arc DTLA on Nov. 17, 2019.

Randall, a communications major at Pierce, said she finds happiness and relaxation in the music she writes. Randall said she got her first performance through a friend.

Randall said music is an integral part of her life. She sings, plays instruments and has been in dance, color guard and theater.

“No matter what I’ve done in life, I’ve always incorporated music,” Randall said. “I just always do something with music and got comfortable with making music myself.”

Randall said life was not always easy for her because she dealt with instability during her early childhood. She said she struggled to find her own identity while constantly moving around and never being able to establish herself.

“That was really hard for me,” Randall said. “I was uncomfortable, but I still put myself out there to learn who I was, which was why I was in so many different programs and different activities.”

Randall said she was able to make many long-lasting friends at Pierce, including Ngo Mbok Toni Saidou Noura and Zuri Jones-Walker.

“She’s creative, kind, intelligent and unique,” Jones-Walker said. “She’s such a hard worker and it shows.”

Noura, a business major at Pierce, said she is proud to be Randall’s friend.

Randall said as she grew older, her life slowed down and she had more clarity.

“Eventually, I got to a point where my life was stable and I figured out who I was,” Randall said. “And once I did, I was more confident. I was like, ‘This is who I am, and I’m cool with that.’”

Randall’s next show will be on March 7 at the Compton Art Walk. She will be performing “New Arrangements” and a song she has not yet released.

Randall said adversity had shaped her into the person she is today.

“With growth comes discomfort, which I know a lot of people don’t really like, but it’s important,” Randall said. “It’s so worth it.”