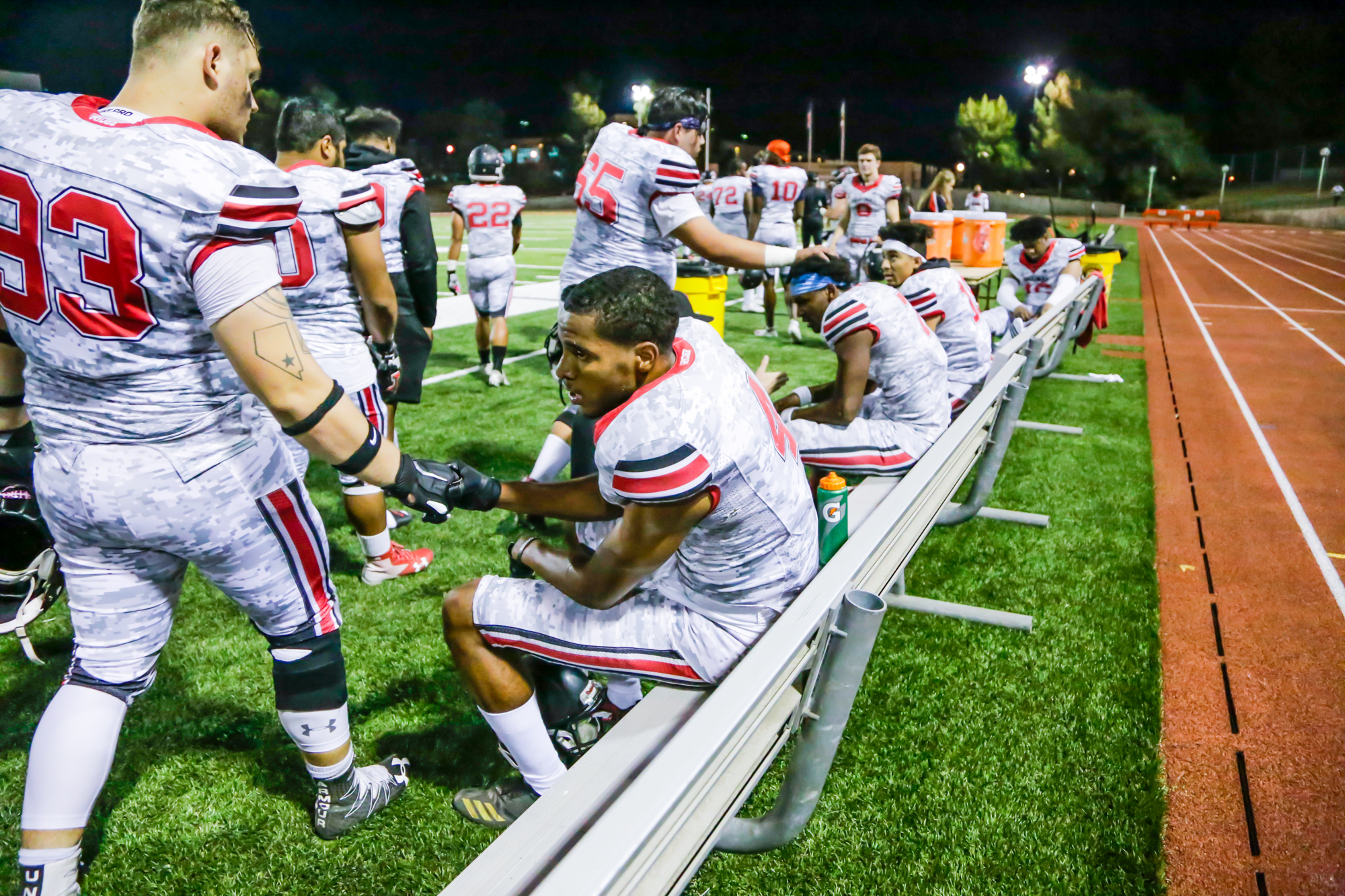 The California Community College Athletic Association (CCCAA) announced on April 7, that the ongoing face-to-face recruitment ban was to be extended indefinitely due to the growing global COVID-19 pandemic.

The loss of the spring  season was painful to deliver to the athletic departments coaches and students, and the face-to-face recruitment ban is yet another consequence brought forth by the state of the world today.

Given the current state, however, the ban was not something that caught Pierce College’s Interim Athletic Director, Susan Armenta, off-guard.

“The decision was mostly expected,” Armenta said. “The way things were going with summer online courses with the school, we couldn’t imagine an exception being made for sports or athletics. We had our fingers crossed and were hoping for the best, but in reality, when we saw the college and the district going in that direction, let alone the state, we couldn’t imagine an exception being made.”

Head soccer coach Adolfo Perez said the adjustment has taken a bit of time to get used to.

“It was tough at the beginning because I had never done it before,” Perez said. “I’m a coach and an instructor, so I’m always outside. Doing things online has been challenging, but now I look at it as a positive.”

Although the only aspect of recruiting that was banned was face-to-face contact, many coaches find that this still puts them at a huge disadvantage.

“All of our recruiting is face-to-face. It’s at the swim meets that we’re meeting these kids and building up a rapport,” Terhar said. “We’re behind athletes in their racing blocks and after their race we literally have about 60 seconds to hand them a card with our information, take their information and just talk to them about our program.”

The face-to-face ban is yet another setback for recruitment that Perez has to adjust for, who would typically be farther along his process at this point in time.

“We’re a fall sport, so the high schools where we do our main recruiting, play in the winter semester,” Perez said. “So right after that we start contacting available seniors and start bringing them on campus and showing them all of the good stuff, which is something we can’t do at this time.”

In an effort to mitigate the effect of a lost season, the CCCAA added on their press release that student-athletes who would have had their last season of eligibility be in Spring 2020, can have that season added back for the Spring 2021 season.

“The Board of Directors subsequently voted that nearly 9,500 student-athletes who competed this spring will have their season of competition restored, provided they had not quit or been cut from their teams prior to the seasons being postponed by the CCCAA on March 12. The restoration only applies to the student-athletes’ status within the CCCAA. The NCAA, NAIA and other collegiate governing bodies are currently addressing similar issues and the CCCAA will continue to work with them to help student-athletes who wish to eventually transfer. Documentation will be completed by the student-athletes’ respective institutions and conferences.”

For head baseball coach Bill Picketts, this brings unexpected positives and negatives to the situation.

“What this is going to end up doing is creating some competition,” Picketts said. “It can definitely be a benefit for the team, especially with the players that have now essentially had a red shirt year forced upon them. I think that it can only benefit us.”

For Terhar, her athletes’ high GPA leads to a high rate of turnover as those students quickly move on to continue their respective academic careers. However, those athletes that stay locally can stand to benefit from this decision as well.

“Anyone graduating that will be going to CSUN, I am trying to get them to consider being full time at both,” Terhar said. “So they can still use up their last year of eligibility. CSUN has no team.”

In an effort to help the Athletic Department, Armetna noted some of the upcoming changes occurring to the Pierce College Athletics website.

“I think teams are going to be creative in getting some of their recruits,” Armenta said. “We’ve been trying to get a new website for athletics. So that way prospective recruits have a way to reach out.”

“It would be more of a concern if it was just us, but because every campus from high school, to community college to Division 1-3 schools, we’re all in the same boat. We’re all working through this and nobody has an advantage over anyone else,” Armenta added.

At this point, the Athletic Department can only deal with what is known. Other aspects of the game, such as stats and wins/losses are still up in the air.

As for when the face-to-face recruitment ban could possibly get lifted, Armenta is making sure to listen to the news as it comes to her.

“At this point we’re just following whatever directives we’re getting. And within the district with all of the Athletic Directors, we’ve all been in contact with each other too. Whatever new information we get, we’re shooting it to each other via email,” Armenta said.