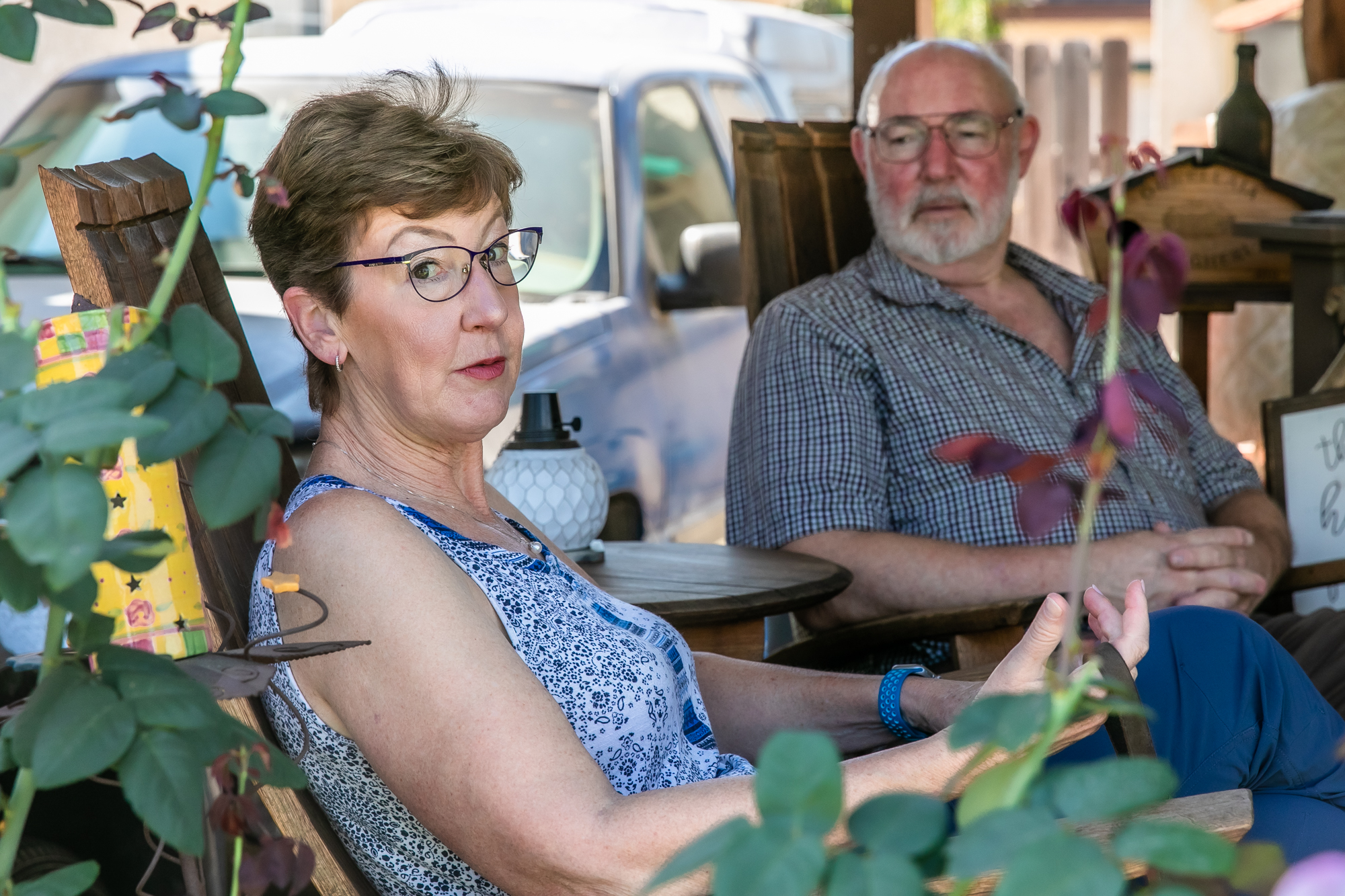 Home for Beth Benne has been a place to get a job and enjoy her “happy place” on the porch sitting with her husband.

Now, her home has been split into two.

She has developed a new routine since March while working from home at her dining room table.

“I don’t think we ever imagined this as a worst-case scenario,” said Benne. “But we’re here, we’re moving forward, we’re finding workarounds.”

Benne, who has been the Student Health Center Director since 1993, attributes her positive spirit to the same circumstances and role models that encouraged her to pursue nursing.

Growing up in a military family in San Diego, Benne was exposed to medicine when she spent time at a hospital in Camp Pendleton at age 11. She also had family friend and Navy Nurse Commander Mary Kelly as a mentor to guide her.

Benne stayed close to home and attended nursing school at Point Loma College. She tried her hand at different specialties—geriatrics, pediatrics, obstetrics, and the nursery. But she found her calling in another field.

“My senior year, I was assigned to a medical oncology floor, and I fell in love. It was eye-opening,” Benne said.

That same year, she and her college roommate decided to apply at the Huntington Hospital in Pasadena. The nursing staff were shocked when both women said they wanted to work on the oncology floor.

“She looked at me like I had two heads. I remember her calling up the head nurse and saying, ‘Blaine, you’ve got to get down here, you’re never gonna believe this. I’ve got two new grads who want to work for you,’ Benne said. “All of the stars aligned, it was fate. But then we did get burnt out because everybody died back then.”

After working in that environment, Benne said she needed healing time. She spent five years at the Huntington Blood Bank, where she worked with HIV patients and did blood transfusions with outpatient care.

Subsequently, she worked for five years as the school nurse at John Muir High School. It was during this time that she completed her credentials, and a Master’s in Health and Science.

Although work afforded her time to focus on her growing family—by then her husband and two children, Benne became disillusioned with her limited role in working with minors.

“I couldn’t even pass out a tampon to a young woman her period,” Benne said. “That was frustrating. I found myself becoming a babysitter of kids who didn’t want to be in class.”

Benne applied for the Health Center Director position at Pierce College and interviewed in January of 1993. In June, she received a call from former Pierce College president Robert Garber offering her the position.

Initially, she declined. Garber invited her to take a tour to check out the brand new Health Center. During the tour, he convinced her to substitute for the two remaining weeks of that summer’s session.

“I fell in love with the job in two weeks,” Benne said. “I could help people–I could give that young lady the tampon. I could give somebody Tylenol, I could do a TB test or immunizations, and it was part of my licensing.”

Garber offered her the job again, with one condition– it was a new position, and she would have one year to “make it or break it.” Benne consulted her husband.

“My husband was a firm believer in me being satisfied at work, that I needed to have job satisfaction to be happy–whole person happiness, right?” Benne said. “The best decision we ever made. That’s the beginning of the story.”

During her time at Pierce, Benne has been part of the Health Services Association – California Community Colleges, she served as President-Elect from 2011 to 2012, followed by two more years as President and Past President, after serving on their ‘E-Board’ for 15 years prior.

“She is a voice, and she’s fought her whole time at Pierce to advocate for students in the organization of health services, not just for Pierce, but for all students in the area of health and wellness,” said Sharon Manakas, colleague and fellow HSACCC member.

Recently, she succeeded in raising the health fee to facilitate better care, including a full-time psychologist for an ever-growing need for mental health services.

“The most important thing is that she believes in preventative health care as a growing need of the student population,” said Loralyn Frederick, Student Health Center assistant. “She probably wants to leave behind a legacy for the next person who will step in her shoes.”