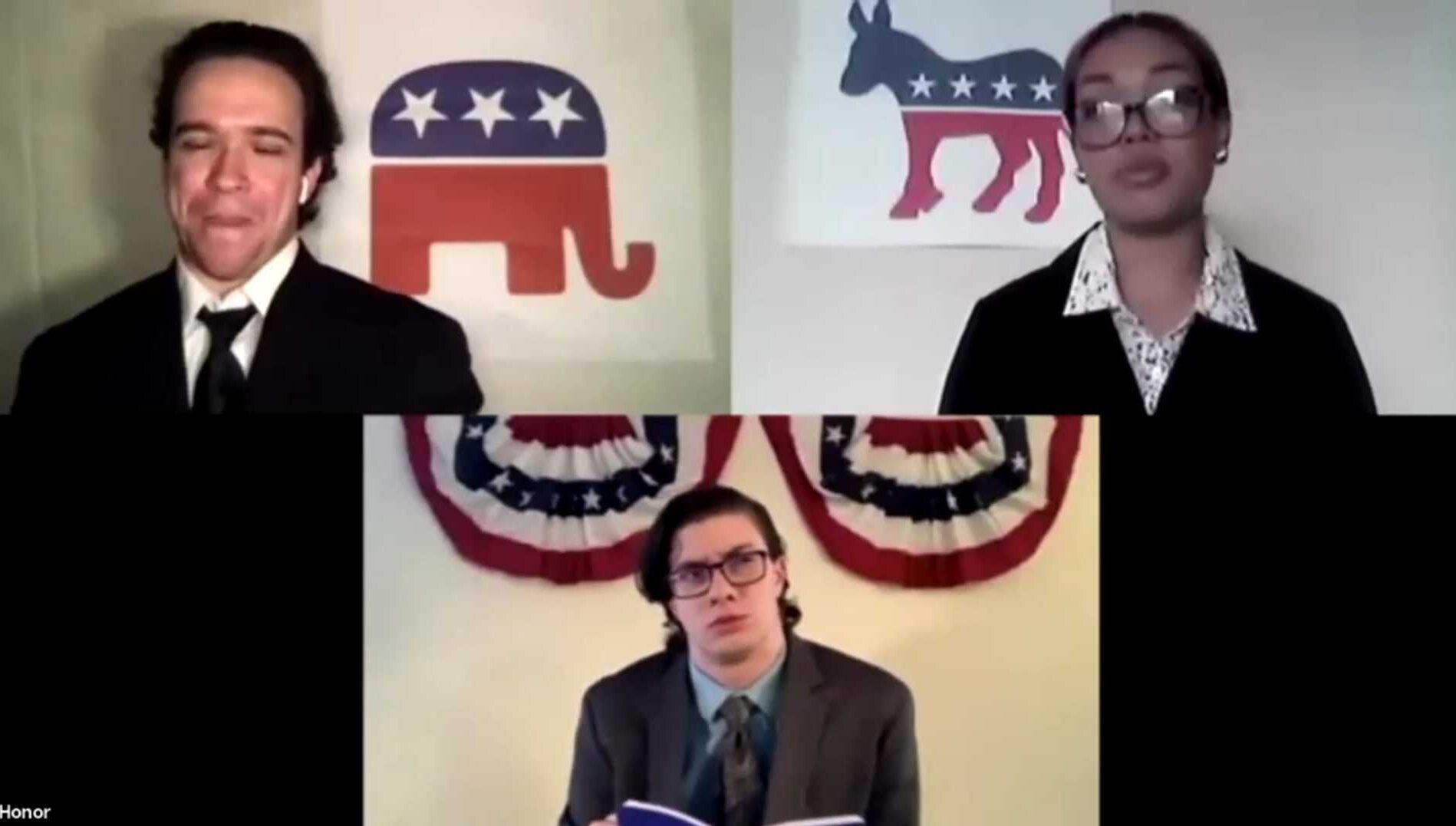 Maya Angelou’s poem “Caged Bird” spoke volumes in 1969 about the injustices of those who suffer oppression at the hands of systemic racism. More than half a century later, those words still reflect the experiences of people in 2020.

Angelou and other groundbreaking writers serve as inspiration for “Honor,” a collective creation featuring an ensemble cast of seven actors. It uses themes from the Black Lives Matter movement to swiftly and capably work its magic of persuasion over an audience, which for the time being, can enjoy the experience from an electronic distance.

There are a lot of moving parts, which the production uses to great effect. Under normal circumstances, there should be some story time winners and losers, but here that doesn’t happen.

Even at just more than an hour, and a brisk pace, sometimes too brisk, there’s a distinct sense of equality in the acting performances that makes this particular ensemble piece so enjoyable and rewarding to watch.

Thematically, “Honor” lifts the lid on the current social malaise and enthuses for an agenda that draws from many notable sources, both old and new. And it attempts to shine a light on some of the conventions, traits and deflections that have frustrated real progress in American society.

Technically, it is a crisp ensemble piece energized by an enthusiastic cast and well executed by its crew. It features clever visual choreography using single, double and multiple zoom frames featuring at one point, all seven of the cast working together in apparent unison, even though some scenes were pre recorded while some were done live.

Much of the early dialogue is a sequence of shared readings from the works of novelist and Nobel Prize winner Toni Morrison and, later, of poet and civil rights activist, Maya Angelou. The visual staging set around a recital of Angelou’s classic poem “Caged Bird,” was particularly memorable.

Throughout the play, the actors work their individual spaces well and never appear disconnected from each other. The continuity they manage to achieve is a tribute to the hard work and professionalism of cast and crew.

Opening and closing with strong solo performances of the classic and evocative Labi Siffre composition, “Something inside so strong,” “Honor” taps into a rich vein of musicality throughout. Highlights include “Angel Down,” by Lady Gaga, “I Need You To,” by Tobe Nwigwe and “Pretty Brown Skin,” by Eugene King.

“Honor” has light and dark, comedy and tragedy, and several points in between. Not everything goes as together perhaps as neatly as it should. Live theater on Zoom remains a challenge on many fronts, with dialog occasionally becoming unintelligible as the actors experience Wi-Fi issues at their individual locations.

But it will entertain you, inspire you, and then at its dramatic apex, it will shock and sadden you. In a moving sequence of stills, the audience bears full witness to the consequential loss of life that has brought the BLM movement onto the city streets throughout the United States in 2020.

In the final analysis, the production presents a series of fast flowing imaginative scenes that explore complex personal and social issues in a highly visual and, at times, musical way.

Theater in the pandemic age, in particular at LAPC, is making a solid attempt to reinvent itself and remain part of the conversation.

Even in its lightest moments, “Honor” still manages to communicate the essential virtues of freedom, tolerance, friendship, self-belief and mutual respect.