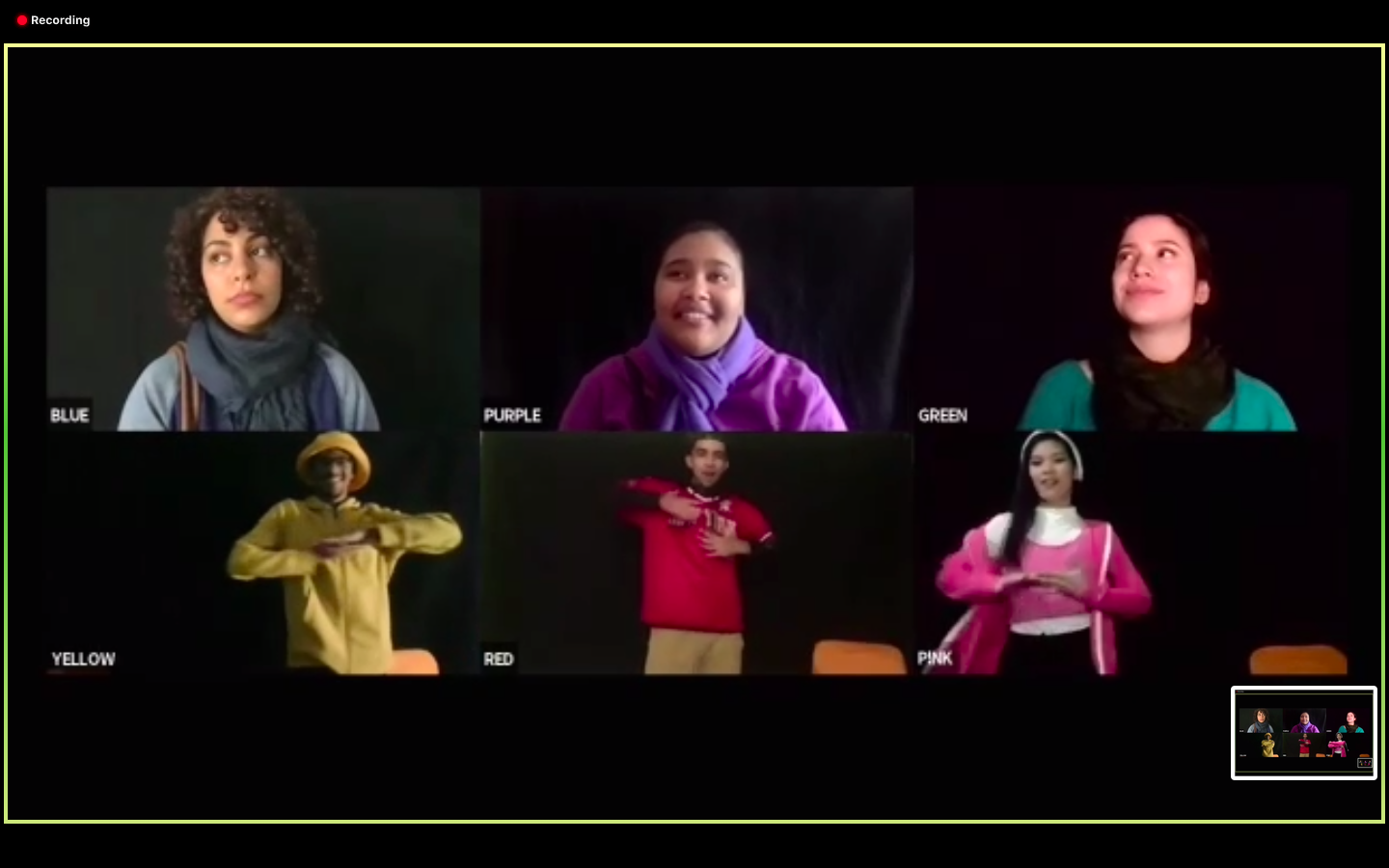 The sound of police sirens approaching from a distance may comfort some, but to others it’s a noise associated with anxiety of potential brutality.

This is a common theme in the Los Angeles Pierce College Theatre production of “Facing Our Truth: Short Plays on Trayvon, Race, and Privilege,” directed by performing arts professor Shaheen Vaaz. It’s a collection of six, 10-minute plays written in response to Trayvon Martin’s death in 2012.

The opening night performance on Oct. 30 was a slow burn featuring aspects of realistic fiction and true events, leaving viewers uncomfortable with the realities people of color experience in America.

When they interact during a subway ride, the conversation becomes a competition of who is more oppressed than the other. As the play progresses, it becomes more difficult for them to sympathize with one another, resulting in a threatening confrontation.

It’s a long-winded 10 minutes with heavy dialogue that attempts to create three-dimensional characters with their own experiences on inequality. Despite this, it’s evident the actors have taken the time to craft their roles into living people.

Some of the strongest performances are in “Night Vision” by Dominique Morisseau. Pregnant couple Ayanna (Asia Herbison) and Ezra (Emmanuel Odaibo) witness a man physically assaulting a woman, but because of a broken street light, they aren’t certain of the perpetrator’s race when reporting it to 911.

Herbison and Odaibo portray anger and guilt so realistically that it feels as if the audience is eavesdropping on a private conversation. Their tone and volume control is precise in dramatic effect while the pair emotionally discuss why Black is the default race people think of when a crime is reported.

It’s a raw performance that takes advantage of the limited time by presenting the reality of what Black people encounter in America.

In “Some Other Kid,” writer A. Rey Pamatmat illustrates three ways people respond to injustice with monologues. Elissa (Eadan Einbinder) remains optimistic with hopes of inspiring others to act with kindness by placing her original sticker designs throughout her neighborhood.

Owen (Itzhak Matos) understands why marginalized groups may respond with violence through a metaphor of a cat scratching in defense. While Andre (Norman Anthony Thatch) has a bleak outlook by blaming stupidity on injustice.

The most fulfilling monologue is delivered by Matos, who takes the audience on an anecdotal journey that exudes confusion in the beginning but ends with successful symbolization.

The fourth play “No More Monsters Here” by Marcus Gardley is distressing to watch. Rebecca (Loida Navas) is diagnosed with having a fear of Black people by her doctor (Emmanual Odaibo).

But there is an experimental cure: wear a hoodie and live as a Black man. Rebecca does this and experiences the murder of a friend, job inequality and eventually turns to selling drugs for income. During one of her nightly deals, she is followed and is shot.

Navas’ bloody screams of complete fear are deafening. Pictures of slain Black people whose last view was staring down the barrel of a gun flash before the audience’s eyes.

She wakes up, taking the hoodie off her body.  She’s back in her doctor’s office, unharmed, crying about how unfair it is to attach faces to the names that circulate on news cycles of real Black people who died at the hands of law enforcement.

Although this play has elements of comedy, it presents the grim existence of police brutality.

Equally perplexing is “The Ballad of George Zimmerman” by Dan O’ Brien and Quetzal Flores. It recounts the true story of George Zimmerman’s acquittal on the death of Trayvon Martin through an experimental method of spoken word and song.

Zimmerman (Topher Ngo) sings segments of the real 911 call made to report his suspicions on Martin (Norman Anthony Thatch). During his performance, Ngo plays a guitar to accompany the play and to symbolize the gun that fatally shot Martin.

The audience can’t help but feel anger toward how Zimmerman’s case was handled: house arrest and the return of owning his pistol that murdered a 17-year-old.

In the finale, a mother (Kyla Graham) worries about her son’s (Norman Anthony Thatch) wardrobe in “Dressing” by Mona Mansour and Tala Manassah. It reveals an “involuntary and wicked dance” that mothers of Black children do to protect their children from harm

Graham performs a heartbreaking monologue that shares the vulnerability Black men in America have confronted since the origin of this country. And despite a mother’s best effort to dress their children in non-threatening clothing such as button down shirts, it’s just a useless shield.

Music starts to fade in, it’s Ella Fitzgerald’s “Strange Fruit” from 1954. Despite the decades that passed since the poem depicting the lynching of Black people was written, the harsh reality is that Black people are still in danger to this day.

It’s the most difficult pill to swallow, but LAPC Theatre needs the audience to. Photos of mothers mourning the lives of their dead children because of racism and police brutality fill the screen: Emmett Till, Tamir Rice, Trayvon Martin, Eric Garner and George Floyd.

These were lives that were brutally ended and are still being protested for by people demanding justice through movements such as Black Lives Matter.

“Facing Our Truth: Short Plays on Trayvon, Race, and Privilege” is about the ugly reality that America tries to sweep under the rug: racism is alive and present.