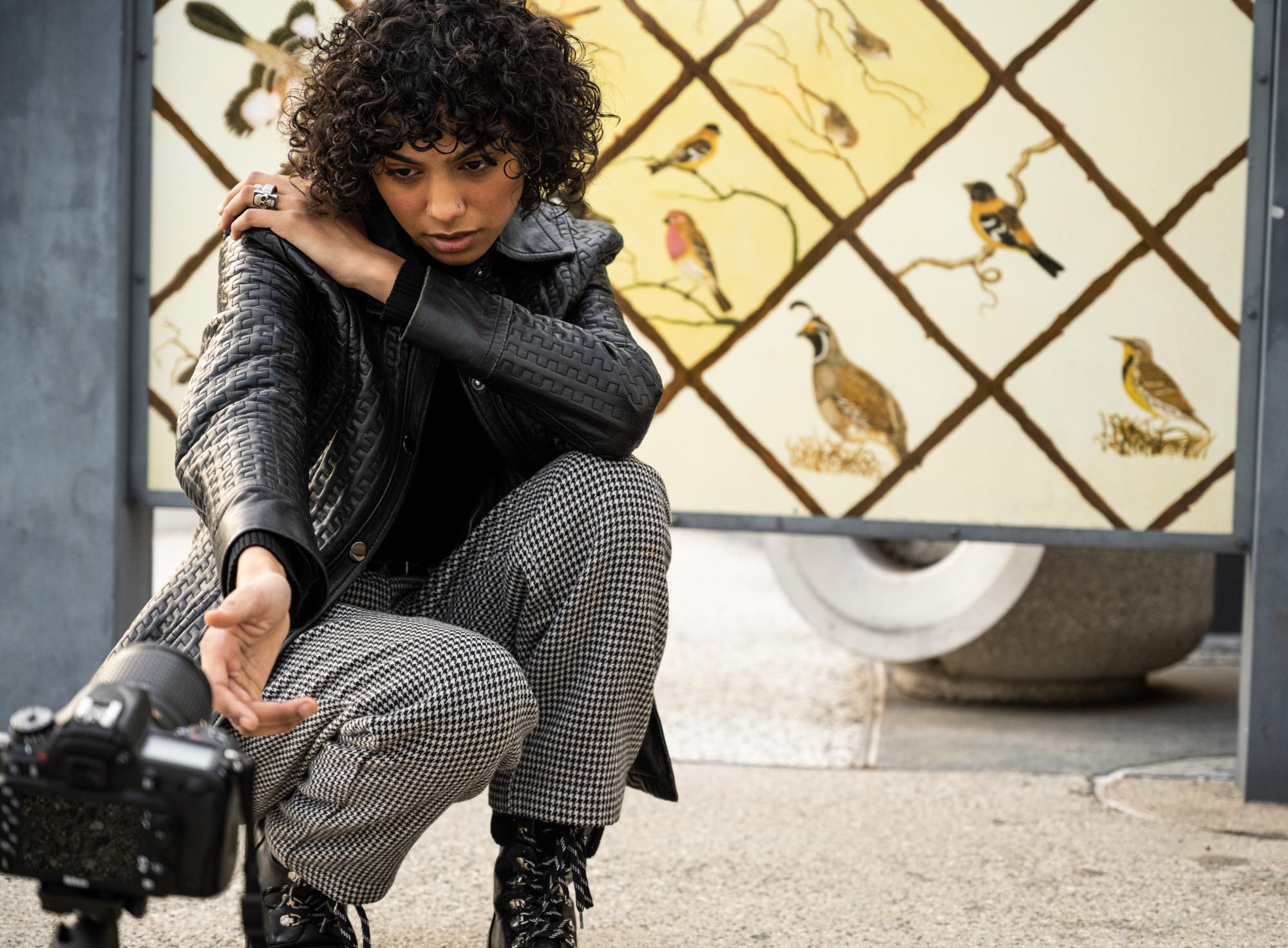 When she was 13, Monique Jones hand-painted a rainbow on her face, took selfies and posted them on social media–proud of the finished product.

The next day, students from her middle school bullied her for the post.

Seven years later, Jones has become a viral Tik Tok creator with about 540,000 followers and 11 million overall likes. Her content features behind-the-scenes footage of her self-portraits, from creating her set to adjusting the lighting.

Her most popular videos include a Halloween photoshoot inside a bloody bathtub with 13 million views and an HBO “Euphoria” inspired photoshoot soaked in neon lighting with a million views.

Jones said her process starts with coming up with a concept, an outfit and then shooting.

“The days that I shoot, I definitely do not sleep, but I’ll stay up the entire night and I’ll have it all set up,” said Jones in a Zoom interview.

“I moved to LA the day after my high school graduation leaving my ex-boyfriend, best friends, family, hometown and it was scary,” Jones said. “I knew that my dreams and priorities would mean so much more in the future, especially because I did it all by myself.”

Jones is a film major, and in 2019 she was the vice president of the film club alongside president Jordon Hunter.

In a phone interview, Hunter spoke about Jones’ passion for her dreams.

“Monique is a go getter, when she wants to get something done, she does it,” Hunter said.

Jones started taking more professional self-portraits as a healthy coping mechanism after moving away from home and living on her own.

She also wanted photos to get noticed by modeling agencies. When she was unsuccessful in finding a photographer, she decided to do it herself with her newfound hobby.

“I just started taking my own pictures and posting them to get recognized by an agency,” Jones said. “Then my agency did through Tik Tok and they’re a really good agency in New York.”

She models for One Management, alongside popular drag queens Gigi Goode and Naomi Smalls.

In the spring semester, Jones enrolled in Tracie Savage’s video production class at Pierce, which introduces students into proper shooting skills, framing correctly and how to tell a story with video.

“She has an eye, she has the ability to compose beautiful shots and tell stories with pictures,” Savage said. “It was already a gift that she had before I started teaching her.”

For aspiring students who are deciding to move or contemplating stepping out of their comfort zone, Jones advises to just go for it and live life to its full potential.

“Don’t let fear of leaving a comfortable situation keep you from taking risks and following your dreams,” Jones said. “This is your life and everyone else is just living in it so do everything with no regrets just be happy.”