Isabel Ravenna, Shehreen Karim" />
Skip to content
You are Here 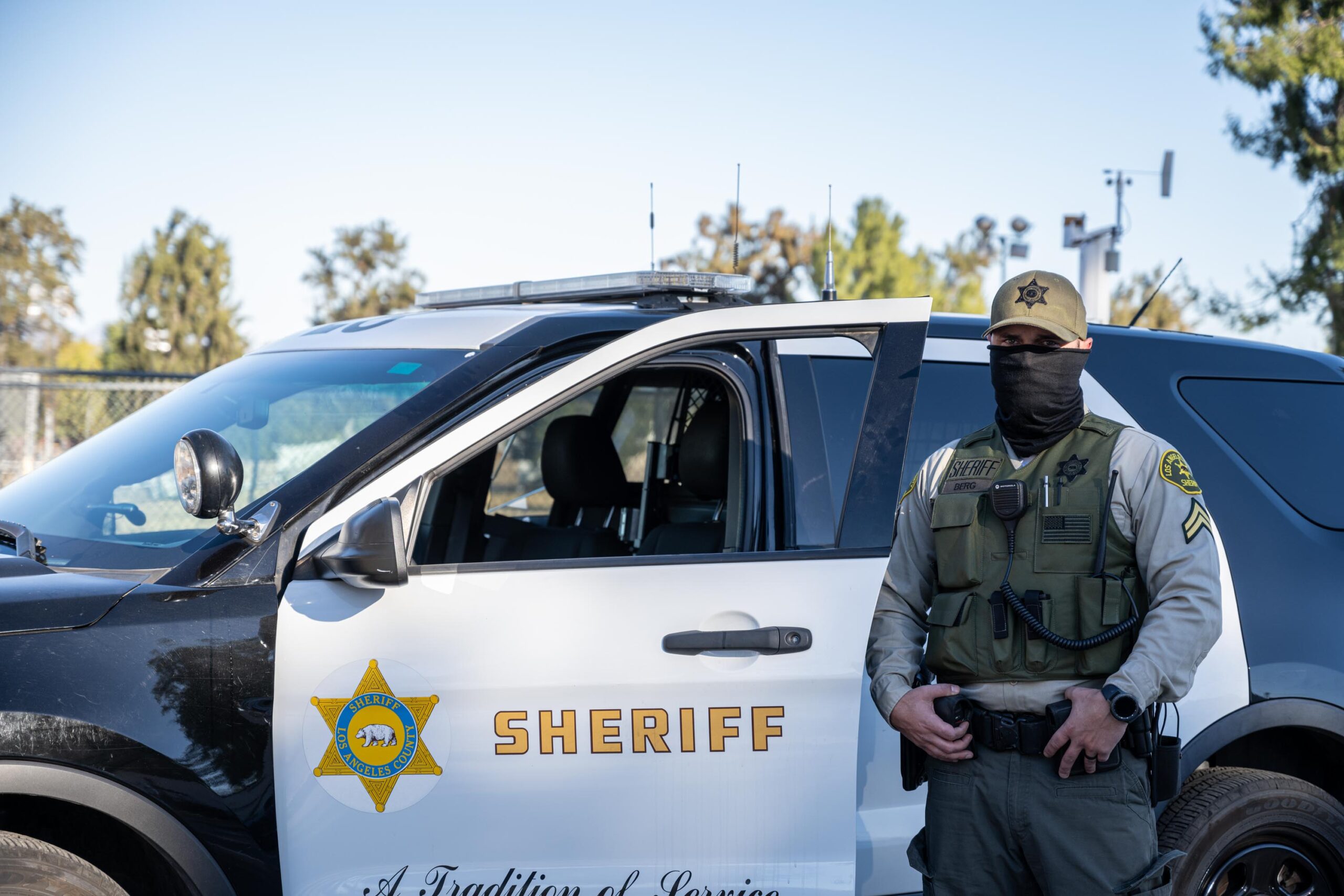 The temporary contract came after failed negotiations with LASD because of the “COVID-19 environment,” according to LACCD Chancellor Francisco C. Rodriguez in a press release.

“I want to thank the LACCD staff and board as well as our Departments contract team for going the extra mile to get a deal done to maintain continuity in student and campus safety especially during the record breaking infections of COVID 19,” Sheriff Alex Villanueva tweeted. “We look forward to continuing to partner with our Los Angeles Community Colleges to make sure our campuses are safe learning environments”.

During the meeting, faculty across LACCD voiced concerns if LASD should remain policing all nine LACCD campuses or if the district should look into alternative campus policing such as Allied Universal, which provides private unarmed security.  Allied Universal services proposal was a 12-month term contract with an estimated annual cost of $15.06 million which is 42% less than the current annual cost.

Pierce College Sociology professor Tsuha Shigueru, who was present at the meeting, said that LACCD should move into a new direction of campus policing and invest more in student resources in light of the Black Lives Matter movement.

“We are in a time of change that presents an opportunity to re-imagine what safety looks like and also what our approach to safety looks like,” Shigueru said. “A less expensive option also allows us to invest more money in other forms of resources our students need mental health, housing food insecurities, all of which collectively can also help make our workspaces more secure.”

But Michelle Silver, a communication professor at Pierce, said that active shooters are not “theoretical possibilities,” and she wants armed law enforcement present to provide a safe and secure campus.

“In light of the real and immediate threat of school shootings and other violent crimes, I personally can’t imagine myself teaching on a wide open campus without law enforcement and armed officers,” Silver said. “I would feel extremely vulnerable and uncomfortable working in such an insecure setting”.

Dale Fields, the chair of the physics department at Pierce and who’s pronouns are they/them, said that they work with ASO to produce pride events and want for the alternative policing to make queer students of color feel safe.

“We were appreciative of having security, but none of my queer students of color wanted armed law enforcement,” Fields said. “We would like security, but we would like an alternative model that makes us feel safe.”

Pierce College sociology professor James McKeever brought up the killing of Andres Guardado to question LASD policing. He proposed campus safety similar to that at the  UC and CSU campuses that do not have “a law enforcement entity.”

“When it comes to the concept of campus safety, we’re not saying there won’t be campus safety. We’re saying it will be campus safety similar to the way that they have campus safety on the UC campuses, which is not a law enforcement entity,” McKeever said. “So I think that we all could feel safe and  we can have a community policing model that could be an example not just to the colleges but to campuses all over . The majority of campuses across the country do not use law enforcement and they all have the similar issues that we have including the worry about school shootings.”

Alex Villalta, a professor of auto service technology at Pierce, saw the shooting of Andres Guardado differently, because, according to Villata, the deputy sheriff’s life was in danger because Guardado ran from the police with an unregistered gun.  He explained that Guardado had a choice to carry an unregistered gun and to run away but said, “The people who did not have a choice ,are all the victims that have lost their lives in active shootings on campuses.”

“It’s become the new norm now for active shooters and honestly I strongly believe that we would be making a huge mistake just to save money to not have the sheriffs on campus,” Villalta said.

Villalta added that having LASD on campuses allows them to be familiar with the campus and the locations in case of an active shooter.

“9-1-1 will not know our campuses,” Villalta said. “They’re going to show up and they’re not going to know where anything is”.