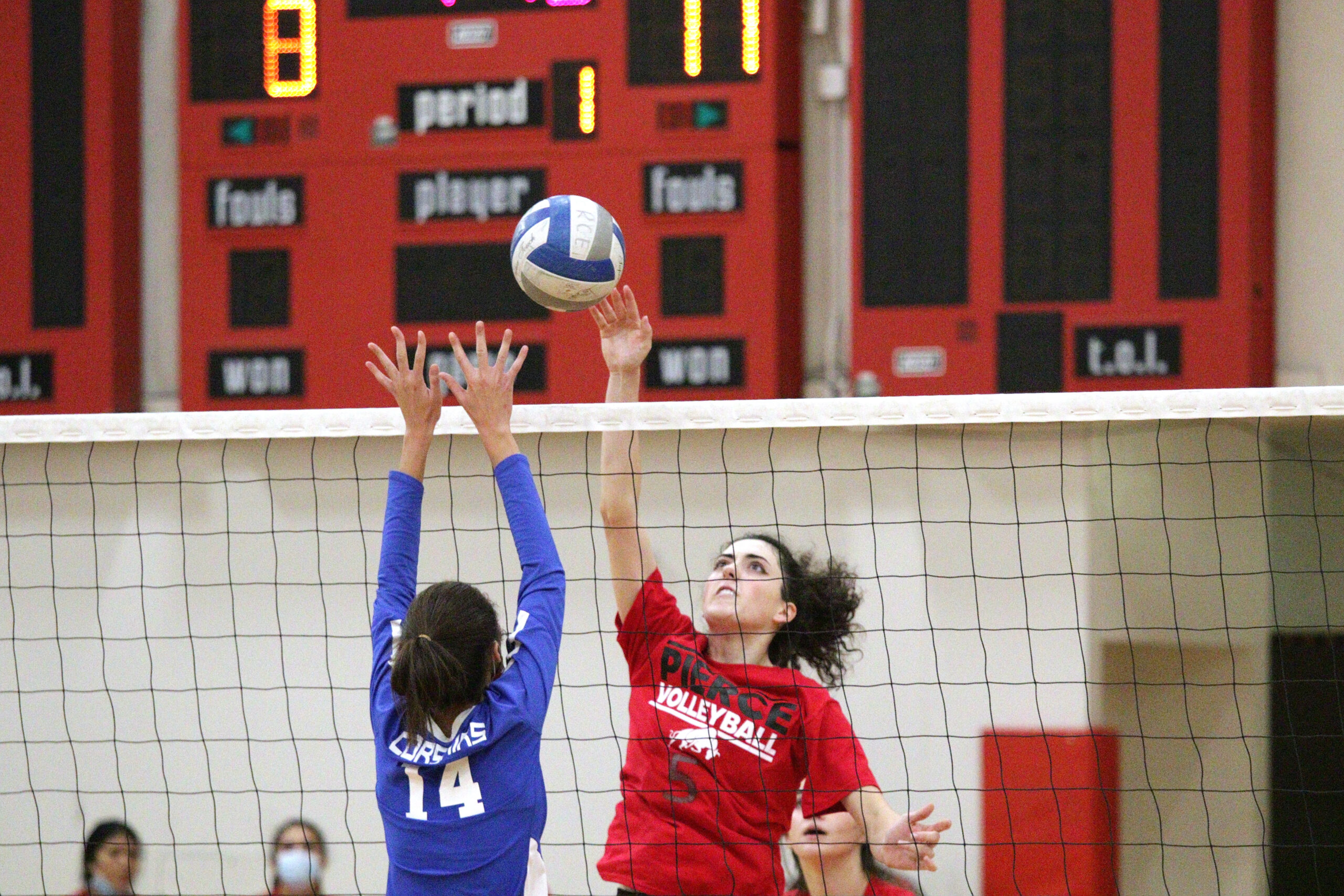 After more than a year, the Pierce College women’s volleyball team hosted their first game of the season Friday evening, against Santa Monica.

Assistant Coach Cynthia Buggs said she is proud of how the players progressed throughout the matches.

“We did get a few aces which I was very proud of,” Buggs said. “We were able to get them out of the system, so I was happy with the serving.”

Buggs said the team needs to work on being more combative in their offensive approaches.

“I thought that our defense was pretty good but we just couldn’t turn those into points,” Buggs said. “I just want the girls to be more aggressive, whether we are tipping or roll-shotting.”

The COVID-19 pandemic had halted many indoor sports. With its return back on campus and inside gyms, indoor sports lack an audience to base spirit off of.

Outside hitter Lana Blourtchi said that motivation was a key factor when maintaining focus during the game.

“Nobody wants to lose, especially if it’s a home game,” Blourtchi said. “We kinda need to go off our teammates’ energy so I feel like motivation has the biggest impact on us.”

Captain and setter Emma Hammer said the lack of audience was unusual.

“It was a little quiet,” Hammer said. “Fans make it a lot more energetic in here.”

Hammer said that she ran a different offense and was able to get a block in. She said she believes running more offensive attacks would produce more side-outs.

“I think we need to work on siding out quicker,” Hammer said. “If they have the ball, we need to get it back quicker.”

Head coach Edison Zhou said he believes the Brahmas did not win due to more defense rather than offense.

“We started practicing on the 15th of August and we have just been working on defenses,” Zhou said. “After the defense and passes, we were not really able to hit well so we will have to improve and figure that out.”

Zhou said he believes the next game will be better.

“Everybody, in the beginning, is nervous and has so much weight on their legs, they cannot really move fast,” Zhou said. “But with each set, they played better, and they played good defense. We need to fix our setting problem but I think we should be fine next week.”

The women’s volleyball team are back on the court Wednesday against West LA. First serve is at 6 p.m.