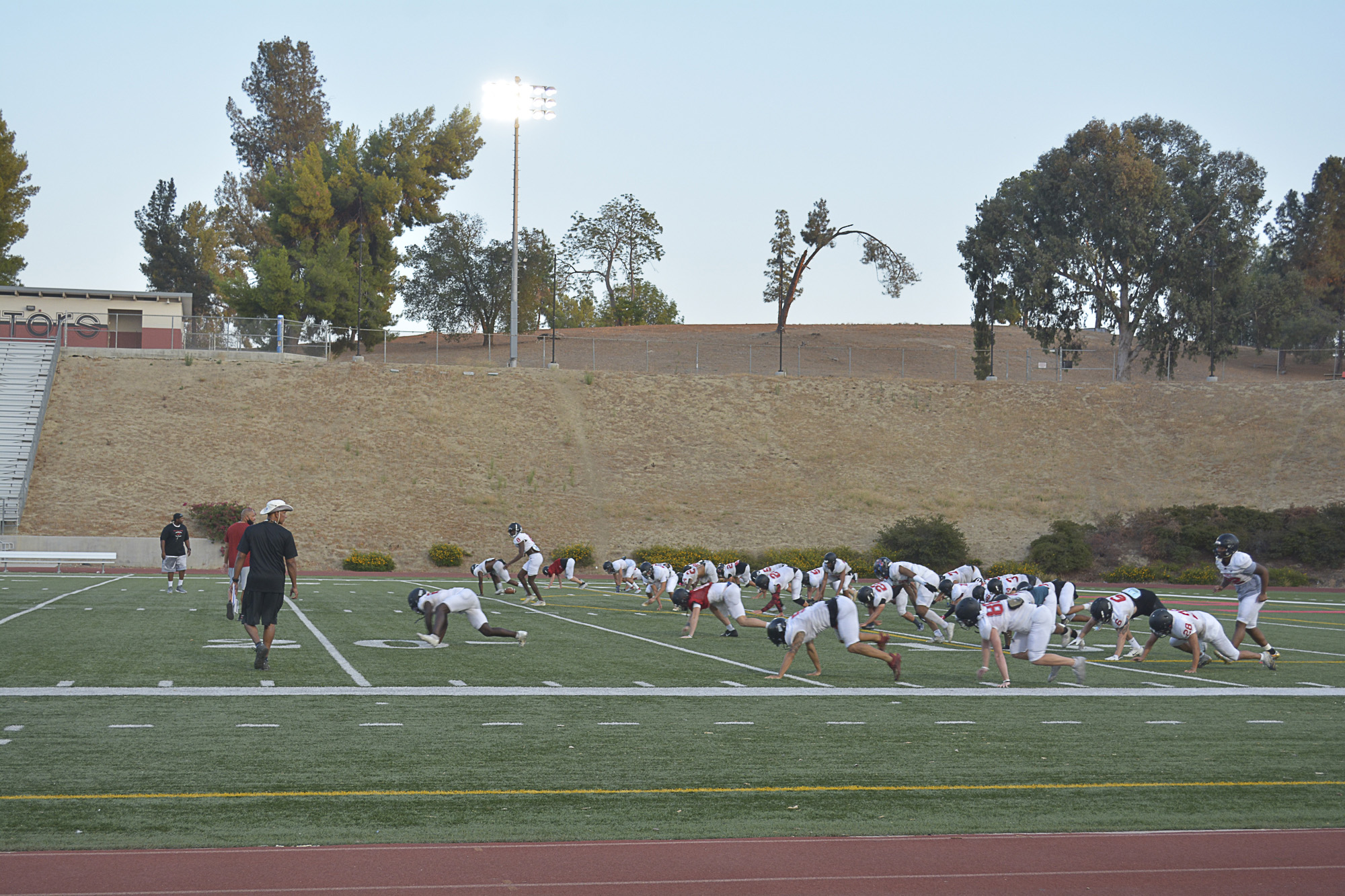 Sports have finally come back to Pierce College.

Coming out of a canceled season, however, the football team found itself in a hole early to begin their schedule.

The team had to cancel a game against Bakersfield College due to many of their players being listed as ineligible.

In fact, only 14 out of 42 players were deemed eligible come game time on Saturday, Sept. 4.

Interim head coach Anthony Harris said that this happened due to some complications with eligibility forms.

However, the team has learned from this and is now determined to move forward.

“We’re learning from that process,” Harris said. “Now really trying to make sure that on a weekly basis that we’re staying on top of our guys so that we can have as many guys eligible when the week comes around.”

Two seasons ago Pierce had a full roster, but in 2021 the football roster is smaller than previous years.

Harris explained that this is a product of multiple factors.

“I think it’s for a couple of reasons,” Harris said. “COVID number one, there’s a lot of kids who decided not to play football, we graduated a ton of sophomores from the ‘19 program.”

Like all the sports programs at Pierce, in some way, the football team was impacted by the pandemic.

Harris said the pandemic affected his team in many ways but most importantly their preparation for games.

“You have to practice football to be good at football,” Harris said. “You have some schools that were able to participate in the spring, we had zero, we couldn’t even be out here.”

Sophomore quarterback Andrew Young said that there were some minor difficulties getting back into the swing of things.

“It took a little while to get back into it,” Young said. “But I think everything is coming together and it just feels like we’re starting right back off where we left at the end of last season.”

After a 47-0 loss in their season opener, the team’s mood isn’t expected to be pleasant.

Young, however, said that despite the feeling of a blowout loss, the team is on the right path moving forward.

“Getting punched in the mouth in the first game but we’re coming together now and I think we’re really improving after that,” Young said.

While the season hasn’t gotten off to a picture perfect start, players on the team are still working hard in order to turn things around.

Dennis Jones, a sophomore running back, said the team is focused on getting better and doing it together.

“These last two games we just lost, it’s been tough,” Jones said. “We know as players, we can only control what we can control. It’s just a learning process right now. Everything is coming together and I think this next game, we’ll get a win.”

There’s a lot of areas the team feels they need to work on in order to start cranking out wins.

And Jones believes it comes down to the team’s camaraderie.

“We need everybody to buy into the process,” Jones said. “Everybody has to do their job, execute, and play as a team. Other than that, everything else will play it’s own part.”

This season is far from a lost one for the 2021 Brahmas despite all the adversity they’ve had to face in the beginning of their season.

According to Harris, there are definitely some positive takeaways amidst all the chaos.

“We’re encouraged,” Harris said. “We know that we have a young team and we know that’s going to take us a little bit longer, that’s okay. We just look for the next contest and try to take each play and each quarter and do the best we can and hopefully we can be close in the fourth quarter to be able to win our first game this year.”