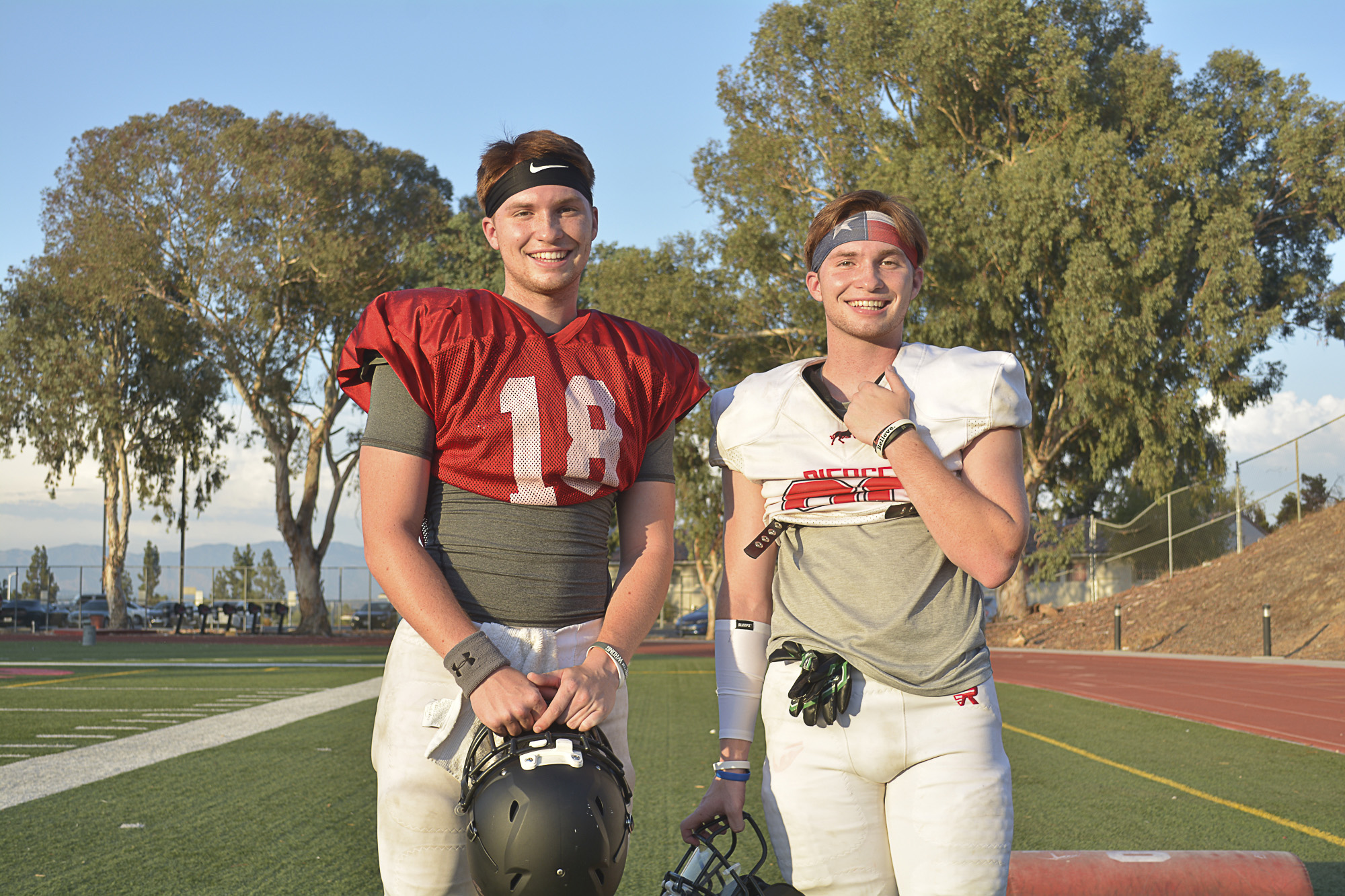 Coming in hot from Arizona are twins Peyton Pelletier and Parker Pelletier who are eager to get on the field and show their rivals how much explosive energy they’ve got.

Born and raised in Tucson, Ariz., the Pelletiers were inspired by their father, a former Pierce football player and alumnus.

“Since we were little, our dad introduced us to various sports. But football was really something that hit me and Parker hard,” Peyton Pelletier said. “It was a passion for us. Our dad said that if this is what you guys want, then I’m going to coach and train both of you. It’s been that way since I can remember and that’s how we got into football.”

Since the age of 6, the identical twins have been nearly inseparable. The duo played football together until their junior year at Salpointe Catholic, when Peyton Pelletier transferred to a different school district to gain more playing time as the quarterback at Ironwood Ridge.

However, in his senior year, COVID-19 was on the rise and restrictions kept him from playing a full season at his new school.

“[During] my senior year, the pandemic hit, but I was lucky enough to play two full games,” Peyton Pelletier said. “It would have been nice to have a full season and playoffs to see what our team could’ve done and what I could’ve done.”

“I decided to stick it out and it paid off because I was able to play a full junior and senior season,” Parker Pelletier said. “I got to play with some of the best players in the country,”

Parker Pelletier said the coaching staff is one of the best he’s worked with.

“It’s not just all about football, they’re making sure that we have proper housing, transportation and food,” Parker Pelletier said. “The coaching staff is going above and beyond what people see and I think they deserve all the credit and we’re grateful for them.”

The move from their hometown to Woodland Hills, Calif., has been a welcoming one. Both are grateful for the opportunity to represent the Brahmas and to be united on the field once again.

“My expectations as quarterback are to make every player at any level better,” Peyton Pelletier said. “We have good team chemistry and in order to get better we need to do it together as a unit. We have a great team with an amazing coaching staff. Every week we’re getting better and that’s the goal.”

“The twins look alike but they are certainly different. Peyton is the quarterback, and Parker a wide receiver for us. Parker is a versatile player, who can play on defense and offense. Peyton is very athletic and has all the tools to be successful right away, and did some good things during the scrimmage against Bakersfield. Sky’s the limit for him and I’m pretty excited about him,” Harris said.

Harris expects the team to give it their all and to see games through the fourth quarter.

“My expectations are to give it everything this season to help and develop our young players individually and as a team unit having the ability to execute every play,” Harris said. “I think that if we can do that we can take control of the game and have an opportunity to be successful in the fourth quarter.”