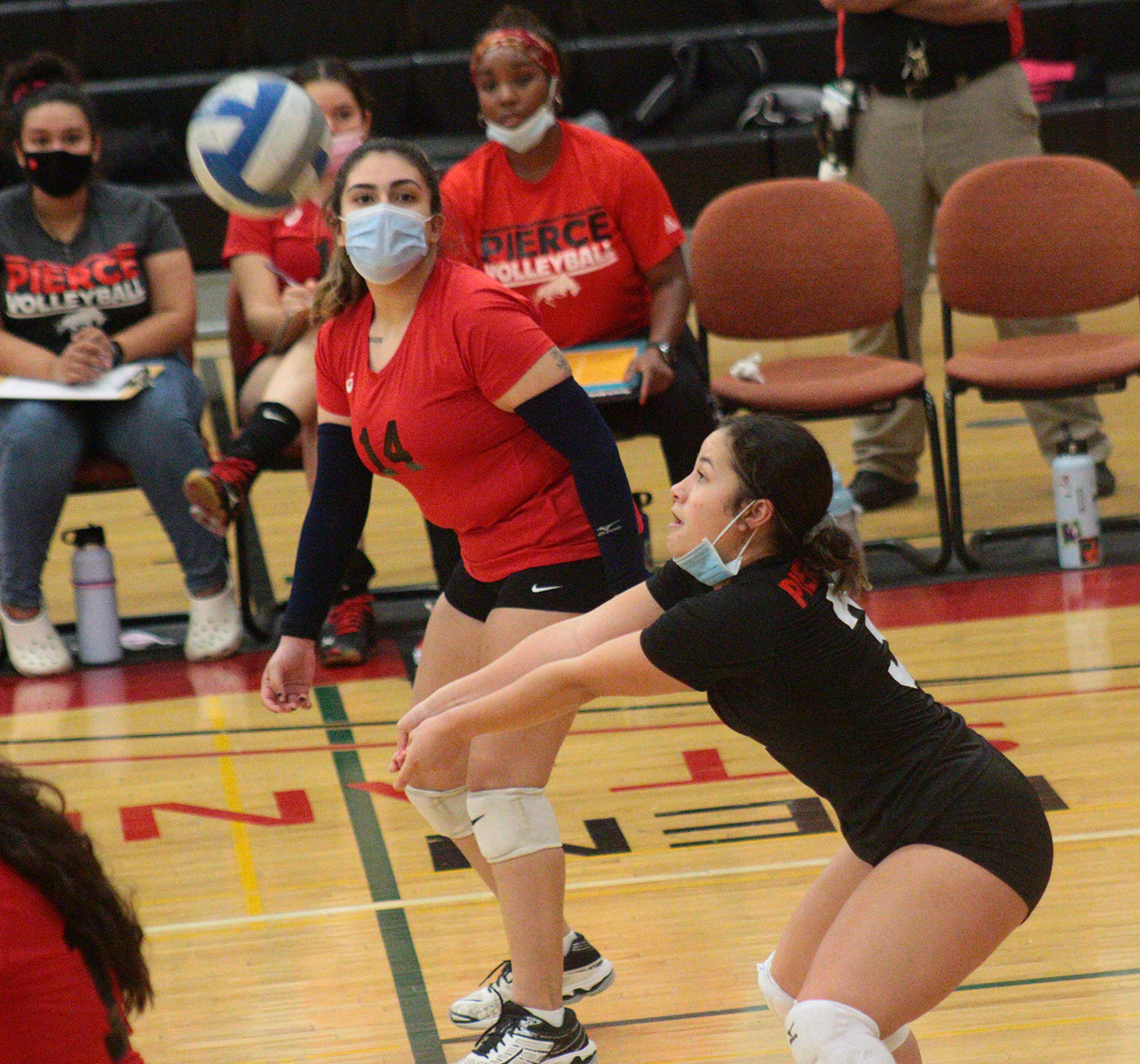 The Brahmas came from losing to West LA College in five sets on Wednesday night.

“I think we came together a lot more and have a lot more game experience now rather than the last game because that was our first game of the season,” Kahae said. “We’ve improved a lot. Like instead of being so timid on offense, we’ve been more aggressive and smart with our placement of the ball.”

Kahae said since the last game, she has seen improvement in the team’s defense.

“Our defense has really picked up,” Kahae said. “I think once we get good passes and then a good set and then a good hit, then that gets us going like you saw in the second set.”

Assistant Coach Cynthia Buggs said she has seen a lot of growth from the team since the last game.

“I think that with each match we’ve played better,” Buggs said. “We were still giving away too many free balls and not really paying attention to detail, but overall it was a lot better of a performance and effort from everybody.”

Buggs said that both the team’s offensive and defensive strategies had worked.

“We served them well and got them out of their system a lot,” Buggs said. “I thought with this match, we were a lot more aggressive: hitting more balls, picking up their tips, and scoring off of transition points.”

Outside hitter Julia Nederlk played middle in last week’s game, and was outside hitter this week. She said she enjoyed the change.

Nederlk said that the team tried to take advantage of the other team’s mistakes.

“I think we took advantage of, at least in the first set or two, their timidness to swing,” Nederlk said. “When they would get panicky, the setter would try to just tip things over and I think we were good at reading that at times. We were just trying to be scrappy.”

Head coach Edison Zhou said he is proud of the progress the team is making.

“We played defense really really well, that’s why we couldn’t just let the score tie,” Zhou said. “We had different people play positions that they’ve never played before and they were doing great.”

Zhou said a weakness during the game was letting the ball get in the middle of the court, throwing the players off and being unable to get the ball. He said the team needs to prepare for unexpected plays.

“If you miss less, then you have more chances to win,”Zhou said. We make mistakes by ourselves. If we make every single ball and serve over the net, then that’s how we win.”

Brahmas will be on the road and play against Mission College next Wednesday, Sept. 29 at 6 p.m.