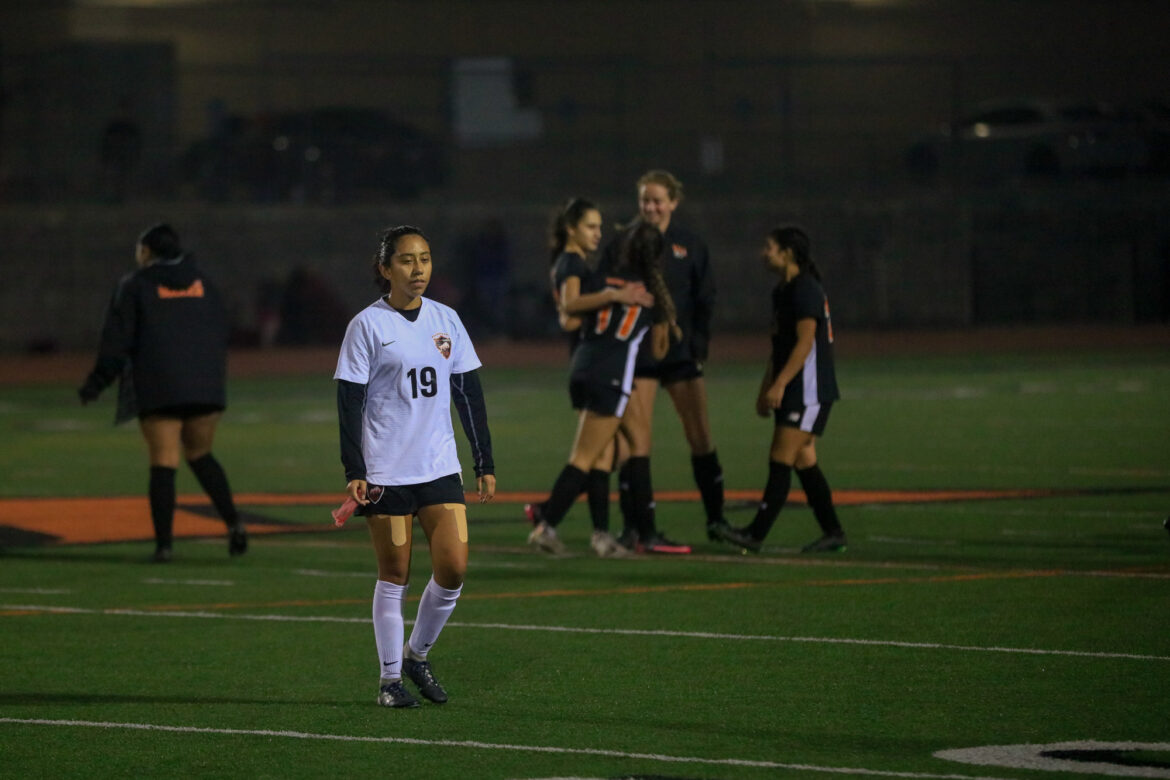 After missing out on the playoffs in 2019, the soccer team returned to the party only to be eliminated by the Ventura College Pirates on Saturday night.

Head soccer coach Adolfo Perez said he was disappointed in how they started the game.

Perez said that Ventura had more energy and mentioned they didn’t stop practicing especially during COVID-19.

“I’m friends with the coach. He would always put that they are practicing with restrictions, while we couldn’t even see our players at the park to give them pizza,” Perez said. “It is not an excuse, but it all factors in.”

This was the third meeting between both teams. Ventura beat Pierce in their first meeting 1-0. The second time Pierce came back to win 2-1 to improve their ranking.

The game started even with both teams battling for possession. As the game progressed, Ventura started to create more opportunities.

Towards the end of the first half, Tirado took advantage of Pierce’s ball watching and scored, giving goalkeeper Anabelle Rosas no chance of saving.

The second half was more close as Ventura looked to put the game away. The Brahmas on the other hand tried to create more offense, but the Pirates’ defense did well to prevent forward Kiara Washington from scoring.

Pierce, however, came close to scoring through Alexander Meza. Her shot was deflected by a Ventura defender. It hit the crossbar and went out for a corner kick.

In the final minutes, Pierce went all offense, but couldn’t convert their chances.

Perez said they have a good chance at reaching state next season.

“We have a good freshman class. If they all come back, I believe with a couple of additions, we have a good chance at making it to state,” Perez said.

With the loss, the Brahmas finished the season with an overall record of 11-5-4; 7-3-2 in conference play.