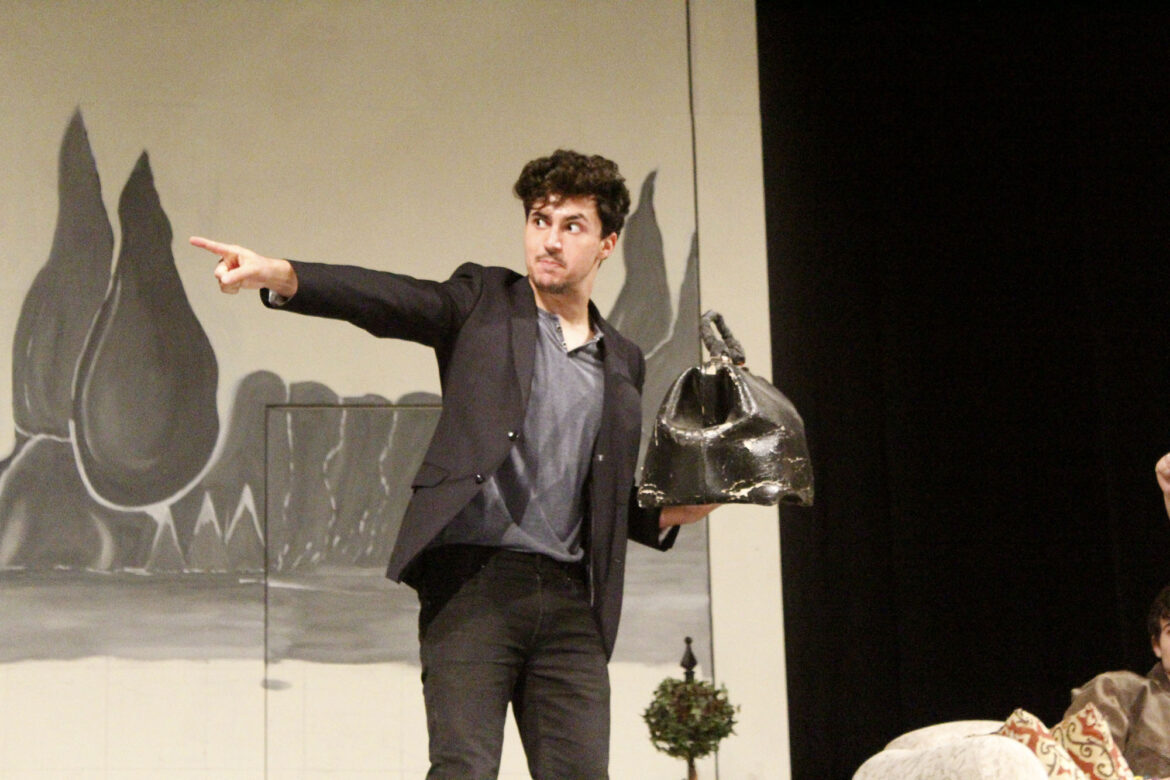 Classes are back, sports are back and now theatre is back too.

“It’s an easy play to love,” Vaaz said. “It’s funny and we wanted a feel-good play that brought people back and had us laughing together.”

For the first time since the pandemic began, the LAPC Theatre will allow an audience.

The Theater Department will be coming back with an adaptation of Oscar Wilde’s, “The Importance of Being Earnest.”

Play Director Shaheen Vaaz said this play is a combination of multiple elements.

While the Theater Department has a requirement for one classical work, this was not the only reason this particular play was chosen.

Shaheen Vaaz explains the significance of this being the first play to be performed coming out of the pandemic.

“He’s a very conflicted character who is kind of searching for who he really is and what he’s doing,” Shai said. “He’s in love with Gwendolyn and that’s why he comes over in the first place.”

Shai believes the audience can learn a valuable lesson by coming to watch this play.

“She is very high society,” Logan said. “Very particular and specific about what she wants and what she does want, she will get.”

Although this play is more of a comedy, that doesn’t mean there aren’t tough scenes for this cast.

Rachel Logan describes the toughest scene she is a part of in this play.

“I think the hardest scene would have to be my garden scene with Cicely,” Logan said. “It’s a very long scene, it’s also a long act. I have a huge chunk of lines, it’s just Gwendolyn talks so much.”

Both Shai and Logan hope the audience will be able to learn a valuable lesson from the story of this light-hearted play.

“They also will get, if they pay a little more attention, the depth of what is really being said about how one person can go their whole life not knowing who they really are,” Shai said.

While Logan would like audiences to recognize the importance of theatre, she also hopes this play can help others be more comfortable with themselves.

“I hope they appreciate the art, that they will understand theater matters and support,” Logan said. “I also hope they take away and know that it’s okay to be yourself. I hope audiences will see us as silly and ridiculous with each other and just be like ‘yea I can do that, that’s okay.’”

The play will be performing from Oct. 22-31 in the Performing Arts Center.