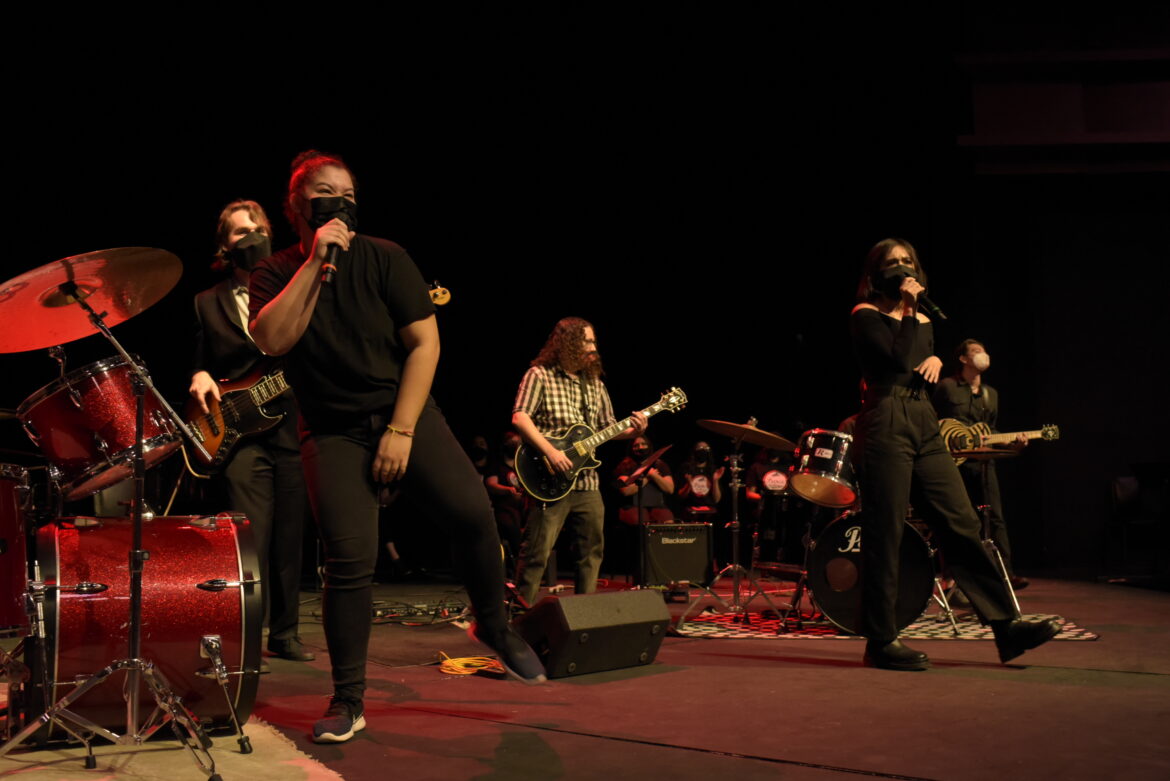 The LAPC Theatre and Music department’s hosted a concert that brought 300 middle school and high school students to experience 13 music and dance acts. The Performing Arts Showcase featured jazz, drum improvisation and a scene from the most recent theater production, “The Importance of Being Earnest.”

Music professor Wendy Mazon played Heinrich Sutermeitser’s “Capriccio for solo clarinet in A” with pride and joy, exhausting much of her breath to perform her piece.

Sopranos Moriyah Pourfarid and Connor Sullivan performed an arrangement of Ben Bram’s and Scott Hoying’s “Rise.” Both had executed their job in matching the chemistry of their partners.

The Pierce College Choir were accompanied by pianists Lance Merrill or Hyunju Hwang. Associate professor of Music specializing in Voice and Choral Garineh Avakian conducted the performances with Merrill.

At the end, Avakian had everyone stand for the performance of “Let the Sunshine In” in the style of Roger Emerson, to close the evening.

Pierce College Interim President Ara Aguiar said she was impressed by Pierce students and she looks forward to having more bright minds turn to Brahmas.

“I am absolutely impressed, thrilled. Being here is like lifting my soul with your music,” Aguiar said. “I’d like to welcome you to Pierce, home of the Brahmas, and I hope that you’ll come back and join our community.”