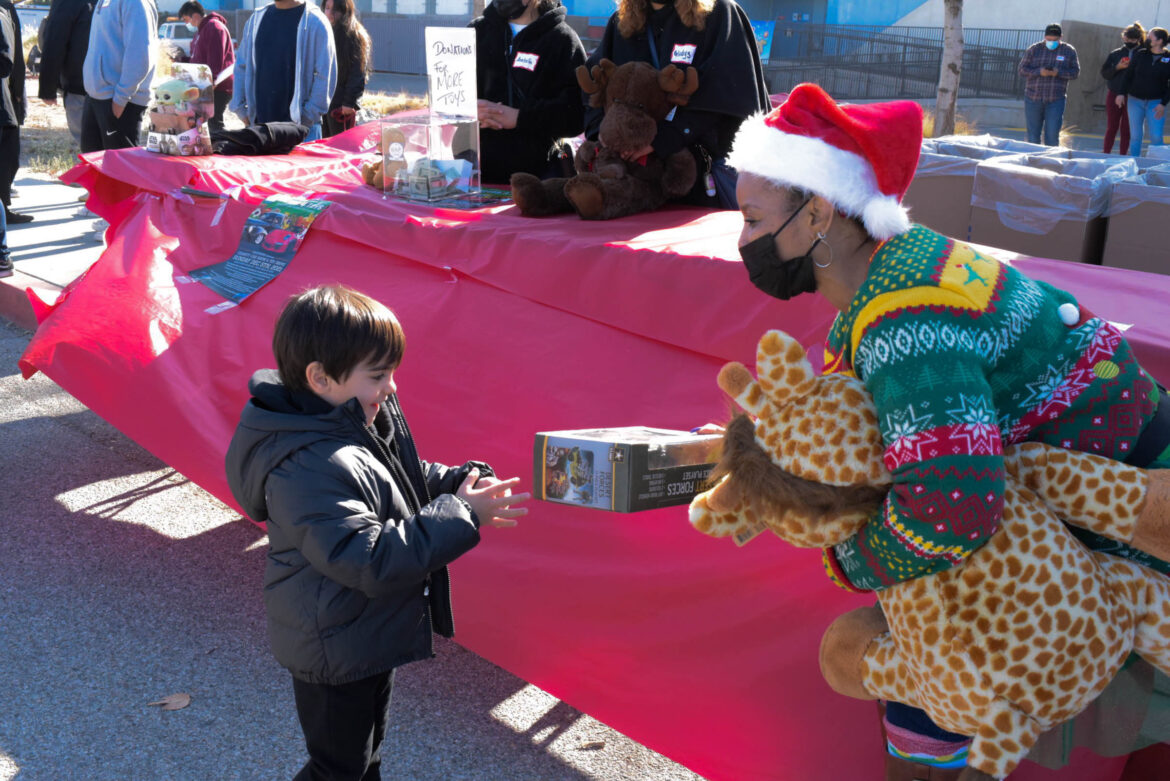 Motor4Toys is a charitable foundation dedicated to helping as many children as possible during the holiday season. The program is geared to distribute toys and cash donations to more than 30 non-profit organizations throughout Los Angeles to underprivileged communities where the need is great this holiday season.

“I was loading up a car full of toys this morning, realizing every toy is a smile,”  General Manager of Porsche Woodland Hills Scott Stanley said. “This is a great event. It’s going to help a lot of children in our communities this holiday season.”

Motor4Toys is a community and sponsor led event there are no paid staffers and those working the event could be heard cheering on and applauding for those  making their way to the staffers table behind a large Motor4Toys tent to drop off toys.

The goal for Motor4Toys is to grow outside of the car community and bring awareness statewide so they can help as many kids as possible during the holiday season.

Councilmember Bob Blumenfield was in attendance and praised Pierce for getting involved in community events, including being a mass vaccination site.

“Pierce College is such an incredible part of the community,” Blumenfield said. “They stepped up when we needed to do the mass vaccinations. That happened right here. It was the second largest mass vaccination site in the city. Second only to Dodger Stadium. Pierce stepped up, Pierce always steps up. We’re very proud of Pierce.”

Every local car club imaginable supported the event, from Ferraris and Lamborghinis to classics, imports, hot rods and 4x4s and everything in between.

“I’m a gear head but love helping great charities like Motor4Toys,” attendee Ronie Hatanaka said. “Every time someone walks up to drop off a toy they applaud and yell, it’s exciting hearing the noise it makes you feel good inside.”

The car and local community supported this great event by coming out in record numbers. Last year because of COVID-19, the event had been postponed at Pierce but toys were still donated to Porsche Woodland Hills. The goal today was to reach over $50,000 in cash donations plus the hundreds of unwrapped toys and the event proved to be a success.

“We had a private sponsor that would match funds up to $25,000, so our goal today was $50,000, and we’re really close to making that happen this morning.” Stanley said.

The event has a strong family connection for attendee Brett Michaelson.

“I lost my dad two years ago and together we would come to these events to showcase our Ghostbuster mobile and support the cause,” Michaelson said. “He would dress up as Santa, so I keep coming back to continue the tradition.”

For more information, to participate, or to donate, please visit: www.motor4toys.com