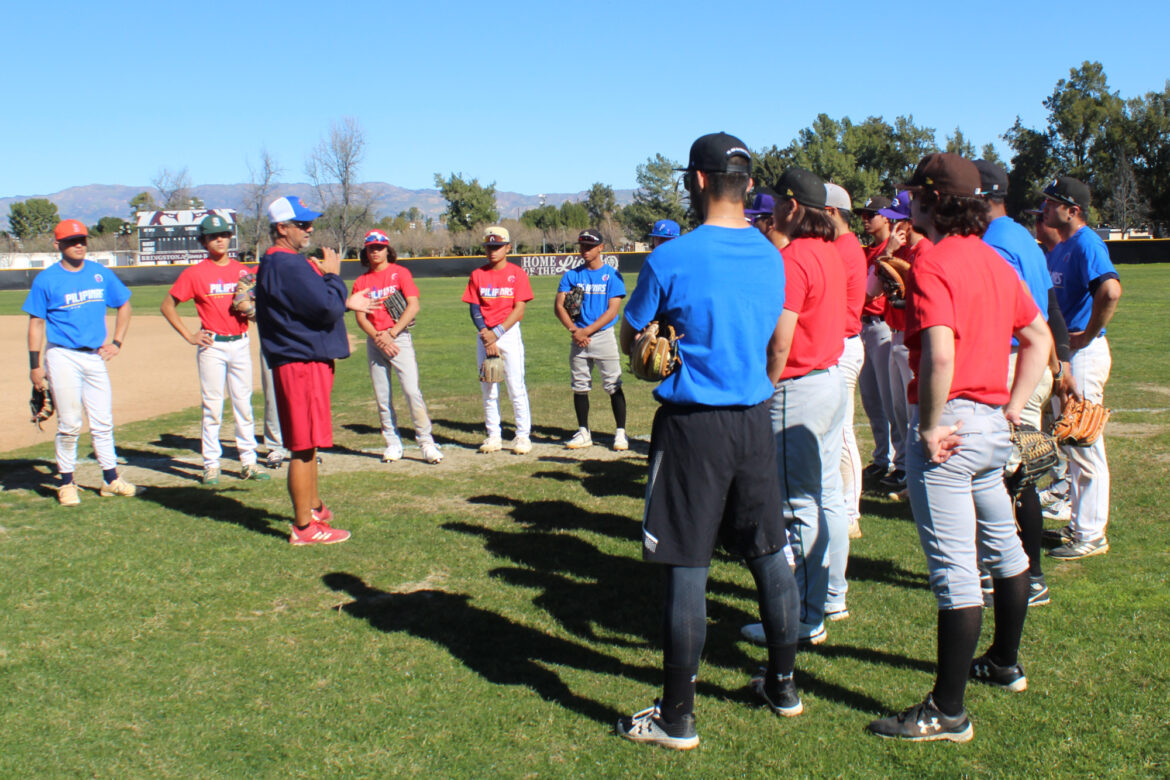 Pierce College stepped up to the plate after a last minute cancellation as the Filipino National Team had their third U.S. tryout on Sunday.

These tryouts are organized by Fil-Am Nation Select, an organization that gives a platform to Filipino-Americans.

This is the second tryout held in the San Fernando Valley as the first took place at cross-town rival Los Angeles Valley College.

Athletic Director Susan Armenta said she was excited that the tryout was held at Joe Kelly Field.

“I first heard of the request yesterday, but I know they have held tryouts at different venues,” Armenta said. “I’m happy that we were able to accommodate the last minute change. We want to show the Filipino community that we are here for them.”

Armenta said she is happy for head coach Bill Picketts and hope more coaches get involved not only at four-year schools, but at the international level.

Picketts said he was happy that the field was the site of the tryout despite the last minute change.

“We’ve been trying to do this here for months. The field looks better even though it needs major improvements. It’s good to know that our acting dean and current AD are fighting for us,” Picketts said. “Despite changing sites, it is good to see the turnout. We have a good group here.”

The national team is preparing for the Asian Baseball Championships and World Baseball Classic (WBC) Qualifiers. Both tournaments are pending any COVID-19 changes and decisions made by the respective authorities.

The qualifiers could potentially change venues according to Czech Republic head coach Pavel Chadim with Regensburg being the possible site. Tucson was originally scheduled to host in 2020.

Picketts said he is ready for the challenge and is prepared to go anywhere in the world.

“I’m going. No matter where it might be. I am definitely going,” Picketts said.

Picketts said he had a meeting with leadership at the Philippine Amateur Baseball Association and mentioned the country is opening up so they definitely will be monitoring the talent back home.

“We want to find the right balance. We don’t have a set number yet. What we need is strong arms, getting the best pitchers will help us win games,” Picketts said.

San Diego City College pitcher Hunter Kirkpatrick said that being apart of this tryout is a good chance to make an impression.

“My goal at the end of the day is to be on the WBC team. Being here is awesome. It is apart of my culture and hopefully it can lead on for the future generation,” Kirkpatrick said.

The next tryout will be on Feb. 27 in San Diego pending any last minute changes.