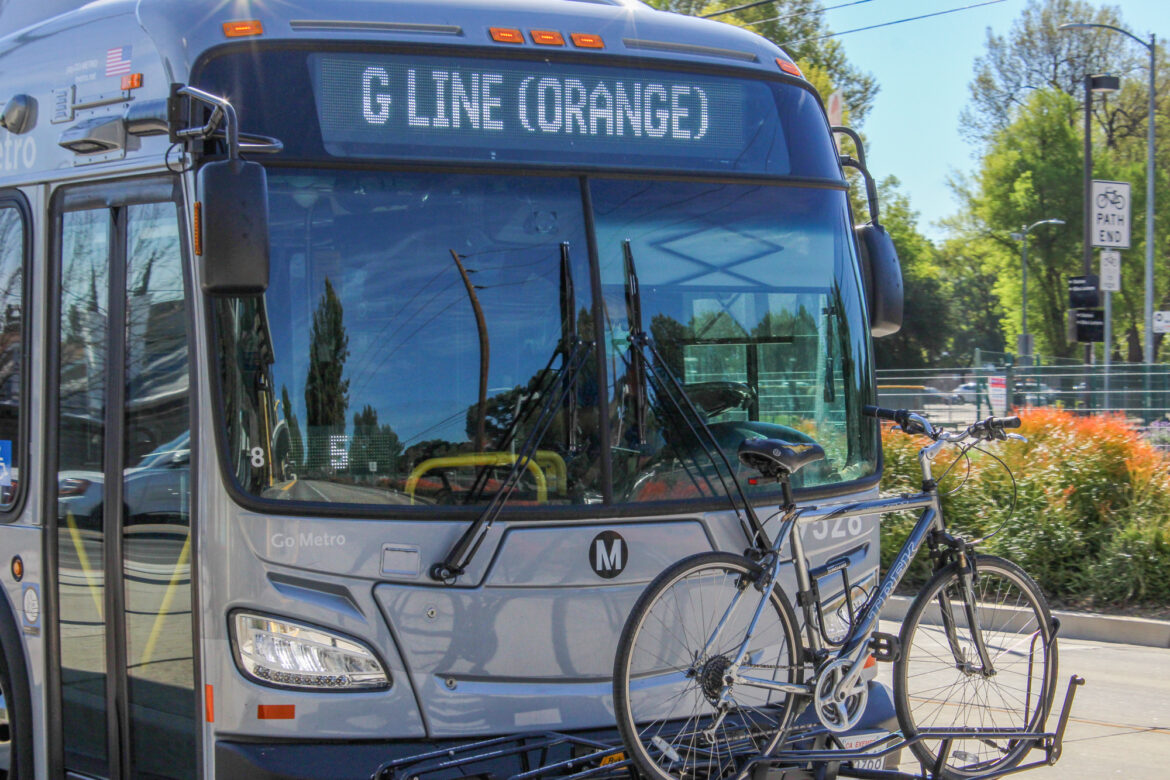 The program, which offers free bus fare to students commuting to any of the nine schools within the District, was announced on Dec. 7, 2021, by LACCD Chancellor Francisco Rodriguez and Metro CEO Stephanie Wiggins.

The program had strong support from students, the Board of Trustees and a Fareless Transit Initiative Task Force aimed to reduce inequity in transportation. The LACCD Student Transit Pass Pilot Program was unanimously approved by the Metro Board of Directors and the Los Angeles Board of Supervisors in September 2021, culminating in the launch of the GoPass.

According to an LACCD press release, about one-quarter of students in the District regularly used public transit to attend class prior to the COVID-19 pandemic—mainly because of cost concerns. The GoPass aims to remove a barrier to higher education for low-income students.

LACCD Board President Steve Veres said the program is transformational for more than 50% of students who have said they had difficulty paying for public transport.

“This effort will undoubtedly bring improved quality of life and peace of mind to many of our students, allowing them to focus on their academic success,” Veres said.

A hope of the program is to increase the use of public transportation, alleviate traffic congestion, reduce air pollution and make college campuses more accessible to students in Los Angeles.

“It is clear that students with subsidized transportation perform better at school, allowing them to focus on what really matters—their education,” Wiggins said. “We created the GoPass program because we do not want transportation to be one of the barriers students must face in completing their college education.”

Rodriguez said the program is a significant step in reducing the burden for students attempting to attend the District’s colleges.

“I am committed to working alongside Metro to find the resources for the GoPass because our students need to get back to school in order for our economy to bounce back and recover from the devastating impact of this global pandemic,” Rodriguez said.

“It has been truly inspiring to be part of a student advocacy team that was able to turn fareless transit from an idea to reality,” Gonzalez said.