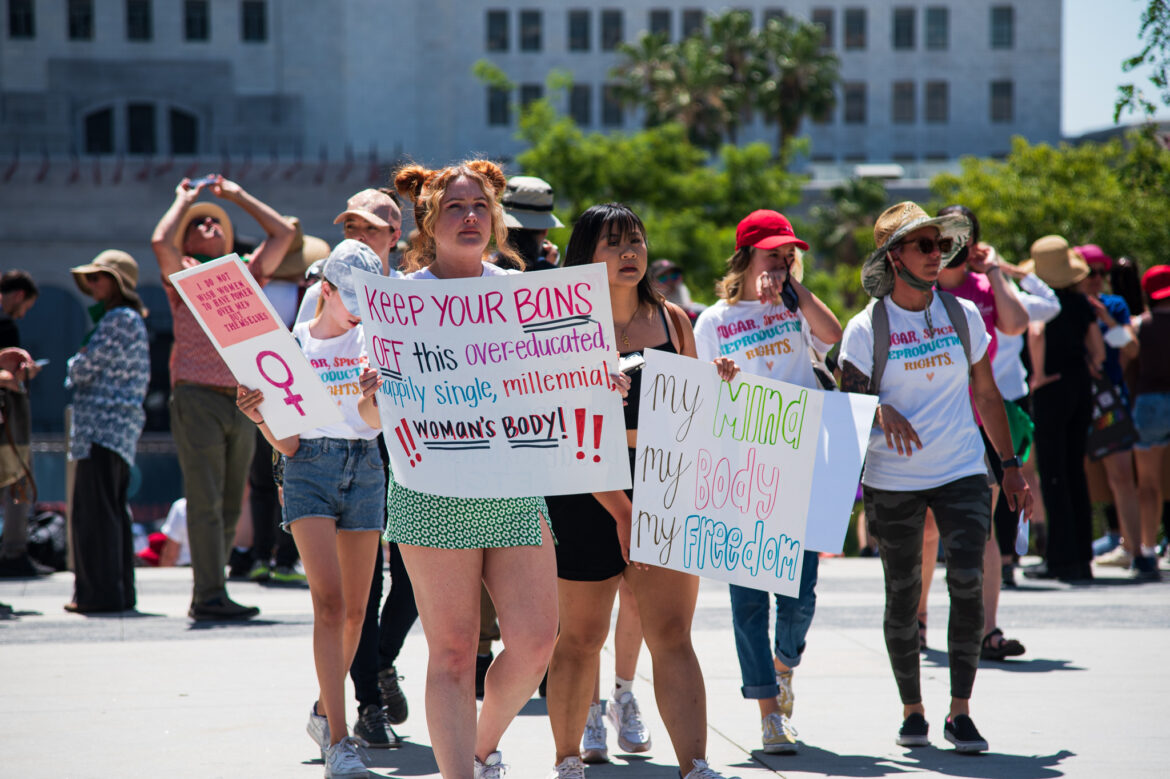 After the Supreme Court leak of the possibility of overturning Roe v. Wade, protesters took to the streets of Downtown Los Angeles on May 14 at the “Bans Off Our Bodies” rally organized by Planned Parenthood and the Women’s March Foundation.

While people marched, pickett signs in favor of reproductive and abortion rights filled the city.

There were also a few anti-abortion signs present.

Thousands of people participated with colorful signs to vocalize their concerns about keeping abortions safe and accessible and giving women the right to choose.