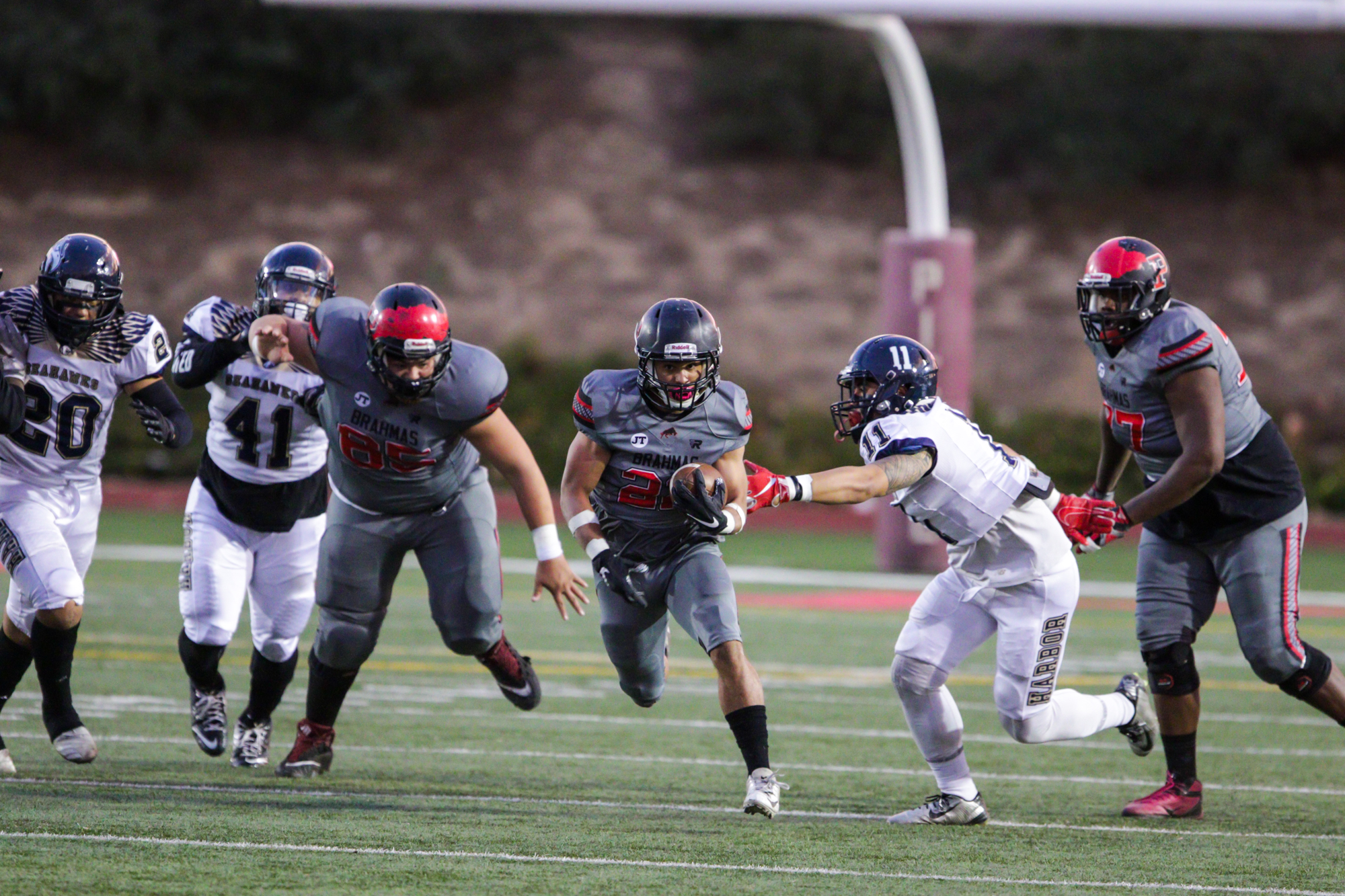 Pierce College football ushered in a new era on Saturday with James Sims returning as head coach, but last season’s woes continued as they were beat by Bakersfield College 59-12.

The Brahmas only allowed 14 points in the first quarter, but the Renegades went rampant in the second quarter and took a 35-0 lead.

Wide receiver Alex Vales scored the first points for Pierce, but it wasn’t enough as Bakersfield led 49-6 at the half.

In the second half, Bakersfield scored a field goal, but the Brahmas responded through the Pelletier brothers.

Quarterback Peyton Pelletier connected a pass to his brother Parker for the touchdown.

The Brahmas look to regroup as they host West LA College on Sept. 10. Kickoff is at 6 p.m.