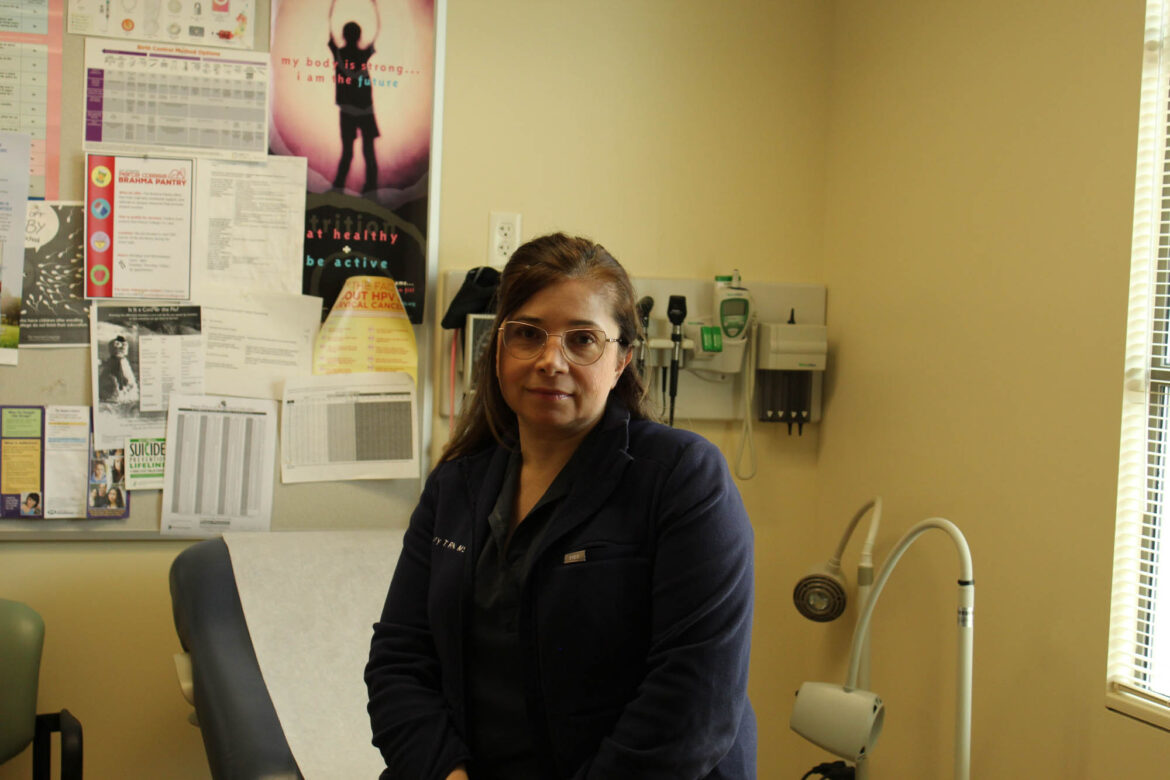 When Houry Tanashian grew up during the Lebanese Civil War, she saw scarce medical care and attention as people got hurt. There also was no transportation to hospitals.

Tanashian knew that this could not go on any longer, and if things didn’t change, then people were going to die, or more people would be hurt.

Tanashian was announced as the new director of Pierce’s Student Health Center during an Academic Senate meeting on Aug. 29, 2022.

She is bringing her passion for helping people and making sure they’re okay to the community.

“Growing up during the civil war in Lebanon, I witnessed firsthand a lack of quick medical care and attention to those who were injured as emergency transportation to hospitals was nearly impossible,” Tanashian said as she recalled her experiences before she came to Providence Cedars-Sinai Tarzana.

Tanashian was a registered nurse in the Emergency Department for more than 10 years before she came to Pierce.

Tanashian said a close friend of hers advised her to come to Pierce.

“Being a Pierce and community college district student myself, I have a special place in my heart for our colleges,” Tanashian said. “The past two years working in the emergency department I witnessed a sharp rise in mental health issues, patients with suicidal ideations and thoughts, and drug and alcohol addiction. Unfortunately, most of these patients are young adults. Some of them came frequently asking for guidance about where to get basic needs of shelter, food and medications.”

Tanashian also said that her decision to come to Pierce was based on her being influenced by the opportunity the job offered her on providing medical care while also teaching students and collaborating with other faculty members.

Student Health Center Assistant Loralyn Frederick said that although she was not part of the hiring process that she liked having Tanashian around.

“Having Houry as our new director has been a pleasure,” Frederick said. “She maintains a culture of transparency with her team and encourages knowledge-sharing across all staff in the department.”

Frederick stated she was pleased with Tanashian’s direction and detail as a supervisor, and appreciated her ability to resolve problems quickly.

Student Health Center Assistant Bonnie Zahavi also had a positive reaction to Tanashian, and welcomed her as a coworker.

“I am absolutely thrilled she was hired,” Zahavi said. “Her compassion for students and expertise as an ER nurse has already benefited the Health Center.”

Zahavi stated that although Tanashian has only been around since Aug. 15, she feels that she has been there since day one.

She also gave some words of advice for aspiring nurses and doctors.

“Service in healthcare gives you the power to care for a stranger, build trust, and bring change to one person at a time,” Tanashian said. “It is not easy. However, remind yourself every day why you wanted to come into healthcare and focus on completing your degree, for the result is very rewarding on so many levels.”