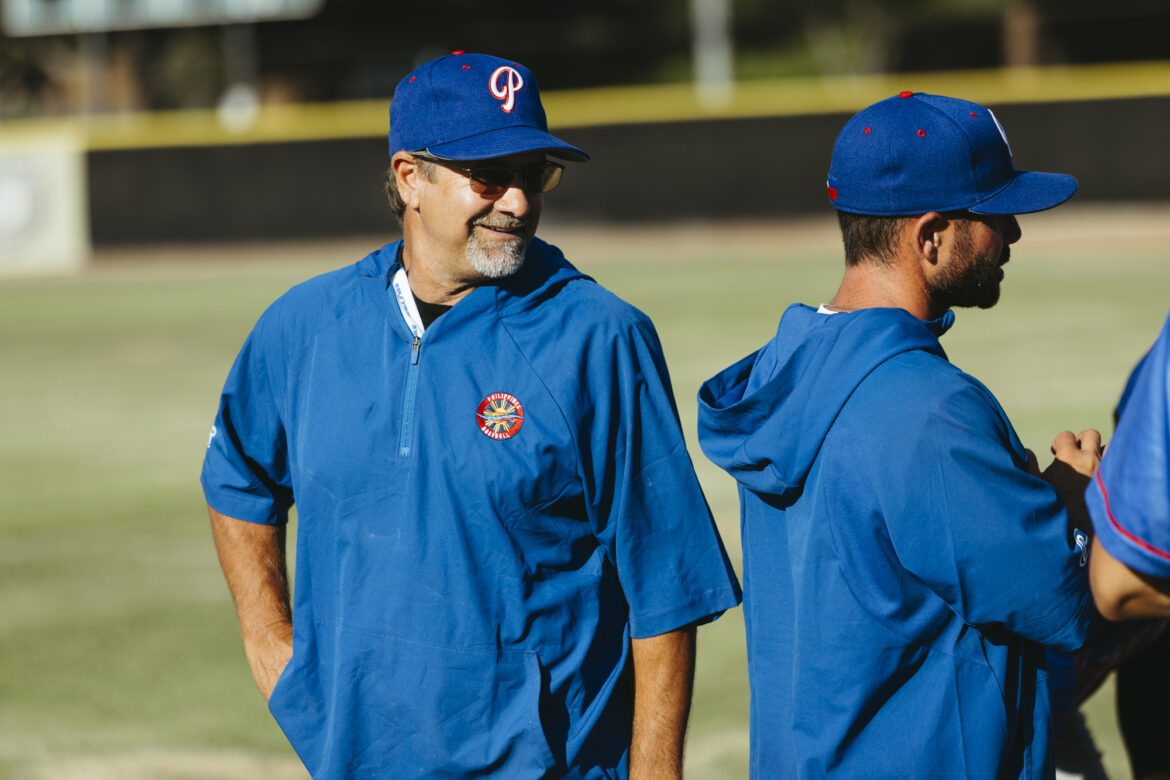 Two years ago, the Philippines national team was clinging to their bats as they were preparing to compete in the World Baseball Classic Qualifiers in Tucson, Ariz., but COVID-19 struck them out.

Things changed for the better on June 18, 2022, when the national team took the field for their first competitive game since winning gold in the Southeast Asian Games in 2019.

Pierce and Philippines head coach Bill Picketts said he was excited to see his players compete.

“It was a wonderful experience. We had great feedback. The players that played in our youth teams want to keep going and we have a small schedule set up for them,” Picketts said. “The senior team had a great run in the West Coast World Series where we played six games in four days.”

Picketts said it was important for the players to get experience playing in tournaments. He also mentioned the exhibition games against collegiate clubs also helped their preparation.

Philippines played against teams from the California Collegiate League, which are teams composed of college players.

Riley Conlan, who was on the coaching staff for the Arroyo Seco Saints said he was impressed with how the national team competed.

“They were well coached. I love seeing what coach Bill is building,” Conlan said. “To see the team grind and take nothing for granted.”

Conlan was projected to be one of the catchers for the national team in Tucson and was involved in the tryout held at LA Valley College in December.

Conlan said he is staying in shape despite now being a coach.

“During practice I take a couple of swings and I workout to stay ready whenever coach may need me,” Conlan said.

During the summer tour, the Philippines were apart of Filipino Heritage Night at Dodger Stadium. For Picketts, he felt like a kid again.

“It was awesome to be close to the players,” Picketts said. “To be on the field for two hours. The Cubs and Dodgers couldn’t be more gracious. We also got the opportunity to take a photo with Dave Roberts and for most of our guys it was the highlight of their summer.”

First baseman Mitch Kurtz, pitchers Jackson Briscoe, Ryan Barry and pitcher/catcher Jorge Romero were some of the Brahmas involved with the national team.

Kurtz is the only player to have Filipino lineage, which is through his grandmother while the other three players were brought in for pitching depth.

Kurtz said he was thrilled to be involved with the team.

“It was pretty fun. Going out there to play a couple of games and represent an entire nation,” Kurtz said. “This is different because you want to do well and make an impression on the coaching staff.”

Picketts said it was great to have some of his Pierce players involved.

“It was nice for them to experience that,” Picketts said. “Especially to have most of them involved for the West Coast World Series I believed helped us a lot. Jorge did phenomenal. He proved that he can play two positions. Hope he can have that same confidence heading into the season.”

“We needed help with pitching depth, so they were instrumental in order for us to compete,” Sagisi said. “At the end of the day, they took some Filipino lineage with them because they were apart of the brotherhood.”

In the WCWS, the national team started the tour by losing to the West Coast Kings 9-4. They would go on to win the next four before losing to the Lincoln Potters in the championship game.

Pitcher Troy Cruz struck out 18 players from the San Francisco Seals in the 1-0 win.

In the coming months, the coaching staff will continue to monitor players as they prepare for future competitions including the rescheduled Asian Games in Hangzhou next year.

Athletic Director Susan Armenta hopes that the partnership continues between the school and national team.

“It is good for the school when a coach and/or players can have international exposure,” Armenta said. “We hope that we can continue to have that partnership with them especially after the tryout we had in February. Our goal is to not only have practices, but also games on our field and to show the Filipino community we are here.”