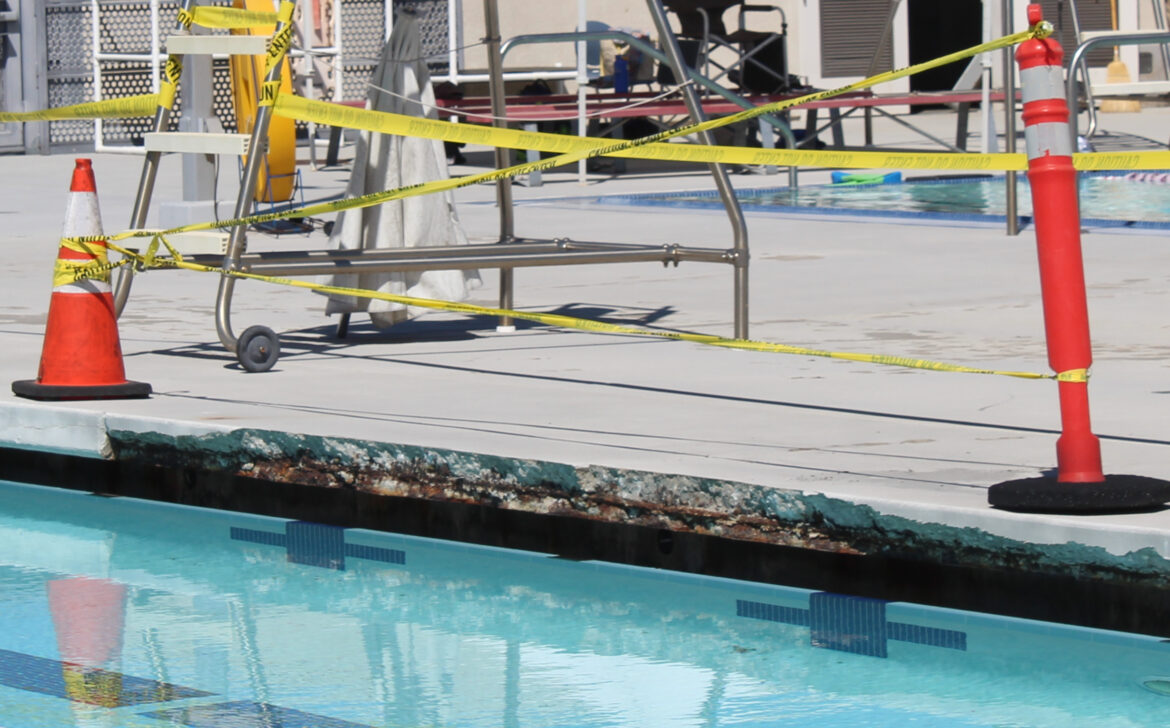 Chunks of concrete had fallen into the big pool from the side near the small pool.

Pool manager Deborah Hefter said she was notified at dusk.

“I was notified around 5 a.m. This was a problem that we have been monitoring for the past five years. It happened on the pool deck. Probably the earthquake that occurred didn’t help since that area of the pool wasn’t really stable,” Hefter said.

Hefter said this also has to do with the need to improve on infrastructure.

She mentioned this is the first time she had to deal with anything related like this and hopes administration addresses the situation.

“It shouldn’t only be a patch job. We should take care of the structure of the dock because if this is happening over there, it is probably happening all over,” said Heftnr, adding that the interim president and the district have been notified

Assistant coach Micrea Pitariu said this situation has a negative effect on the program.

“This definitely sets us back so we will adjust. Good thing we have the two-pool system and we can use the other one in case of emergency,” Pitariu said.

Pitariu mentioned that they might have to change locations if these issues persist.

Former athletic director Bob Lofrano said the Athletic Department must stay on top of things and improve the pool conditions.

“They are fixing the tennis courts and the last time we did that was 30 years ago,” Lofrano said. “Baseball didn’t have a home game in two years and now it is the pool’s turn to go through the disarray.”

Lofrano said the Western State Conference led by Commissioner Jerry White visited the campus two or three months ago. They toured the facilities and they were not pleased.

“They are saying, ‘What is going on?’ First the baseball field and now chunks of concrete are falling into the pool,” Lofrano said.