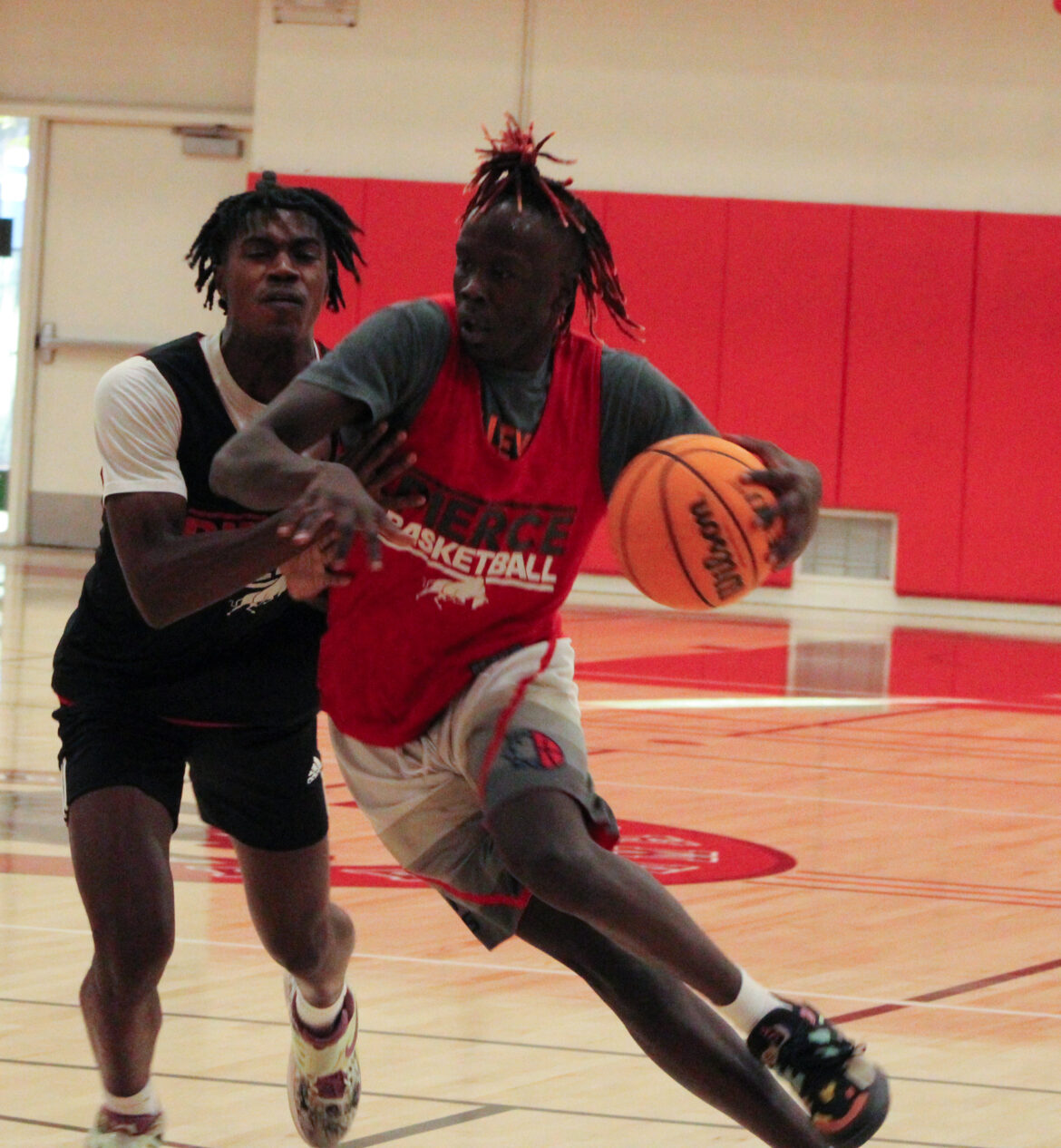 Pierce College’s men’s basketball season starts in the beginning of November under more relaxed COVID-19 policies and with many new faces.

Head coach Charles White will once again lead the Brahmas this season and will look for better results after finishing 12-16.

White said that he feels excited about the upcoming season.

There are a lot of new faces and only two returning players this season.

“I am going to do a lot better this year for sure,” Abbott said. “We got a better team and better players this year.”

Point guard/shooting guard Damani Lewis is also a returning player, but will be out for the rest of the season due to suffering an injury.

Abbott is returning for his second season. He is predicted to be key to the success of the team by White.

“We have chemistry going on,” Abbott said about his team. “Everybody loves each other here. It is like a brotherhood.”

Fans may want to look out for shooting guard/forward Jayson Moore.

“I think we got a good group of guys,” Moore said. “I am excited for us to play together.”

White had high praises for Werner.

“AJ Werner has made great improvement,” White said, who describes Werner as smart and a good shooter. “I think that he could really be our leading scorer.”

The team may also get a late transfer in January with point guard/shooting guard GD Deng.

According to White, Alexander decided to come back to Pierce to play.

“There is some cohesiveness that we did not have last year, and that’s a big word,” White said.

One of the biggest changes this season from the last is COVID-19 and how it will impact sports this season.

White said that one of the reasons is that they don’t have to wear a mask.

“Last year it was a mess. We had a tournament in Pasadena where we felt like we were going to win,” White said. “Somebody on the other team caught COVID and the whole thing was shut down.”

That incident pushed the Brahmas’ schedule back a whole week.

“We were supposed to be done by Feb. 15, but we didn’t finish until about Feb. 22,” White said. “Now that COVID has subsided a little bit, we don’t have to go through things like that this year.”

Abbott said that it was a lot harder to breathe during practice with a mask on.

“It is another thing not to have to worry about this year,” Abbott said.

To help train the players along the way are assistant coaches for the men’s basketball team are Mike Farmer, Les Thompson and Ivan Barahona.

“We have to defend first,” White said. “Scoring is good, but if we can’t stop anybody, then we are in trouble. We are teaching a lot of different techniques for defense.”

The team will play in the O’Fallon and Singui Classic on Nov. 3 against Santa Monica and on Nov. 5 against Orange Coast hosted by Santa Monica.

The first home game will be on Dec. 22 against College of the Canyons.