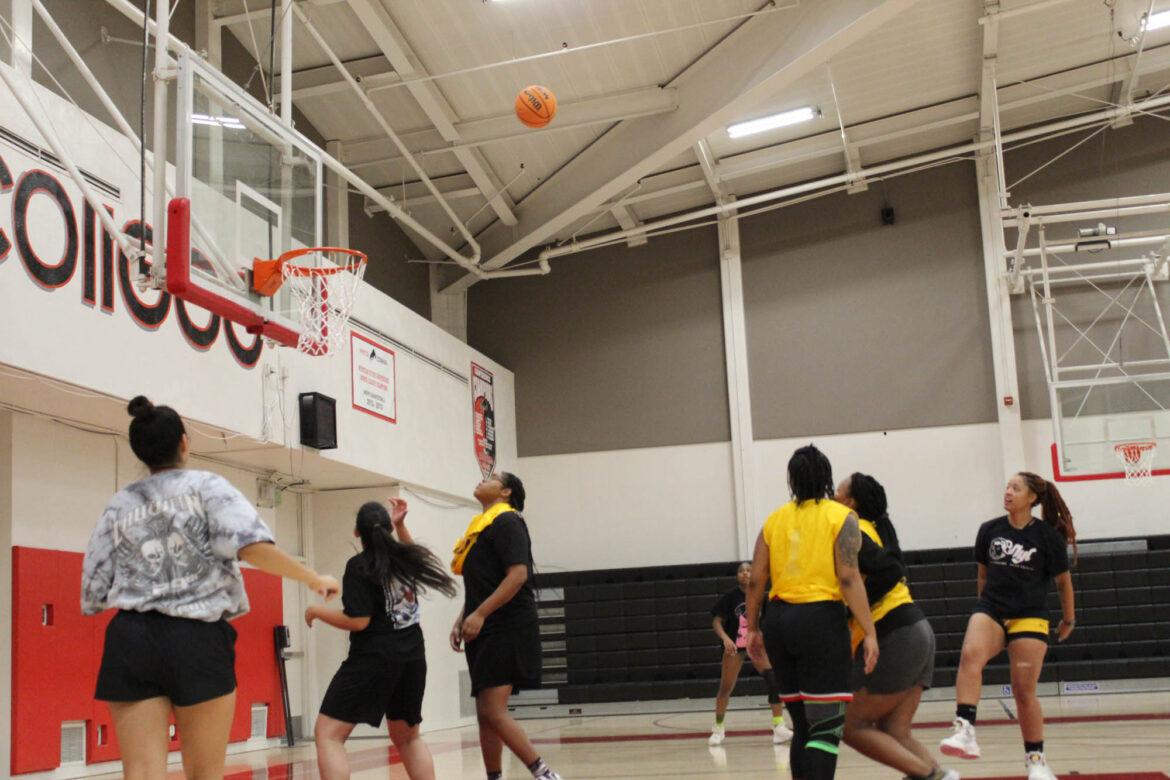 Walking into the gymnasium, you can hear sneakers squeaking, balls dribbling, but most of all, you can see the women’s basketball team’s grit and determination on full display.

The coach is wearing a winter coat with her hair tied back shouting words of affirmation and encouragement to the women on the court.

Innocent said that the team feels different this year.

“I feel with this season, I have a new set of girls, a new group of talent, and that we are developing and seeing what everybody is going to be successful at and what areas that they are strong in,” Innocent said.

With all new players for this season, it is a clean slate and  Innocent is fostering hope and new beginnings.

“I see that we will have a better situation than last season because we have a lot of committed individuals that are excited about the upcoming season,” Innocent said.

Previous seasons did not reflect the collaborative efforts of the team, but Innocent never gave up hope on the team to achieve wins for Pierce College.

“I see everyone here is going to have a successful outcome, whatever it is, I feel their gonna all make it to the next round if they focus and do what they need to do, in the classroom and the court,” Innocent said.

Victories are developed through focus, effort, preparation, and attitude. These athletes will look back on their achievements with pride.

Guard Celeste Miller said the team has to work.

“We’ve got a lot to work on, but you know, I’m optimistic about it, I’m here to build a team,” Miller said.

Innocent is determined to foster a competitive mindset for her athletes. This empowers the team players, far beyond the basketball court.

“I want to be positive and show that even if we are down by anything, I want to show that I’m still here, loving the game, I’m here. I love my team regardless of what’s happening. I think that’s my goal in life is to bring positivity to everybody,” Miller said.

This season, the women’s basketball team is creating a community within there tight knit group.

Guard Katherine Sanchez said that the team has many skilled players.

“We all have different talents, and we can put them all together, so it should all come as a good group to play with,” Sanchez said.

Teamwork, diversity and positivity is creating the perfect setting for unity, and the women’s basketball team looks forward to this upcoming season.

“I think we’re going to execute all our plays and hopefully no losses from now on,” Sanchez said.

This team has experienced losses in past seasons, which has built a platform from which to improve and grow.

“We know where were at now, so now we know what works needs to be done in practice in order to get better, so I’m really feeling good with what we’ve got. So, by the time conference comes, I feel that were going to be competitive and were going to be ready and were going to possibly win more games than what we had in our history,” Innocent said.