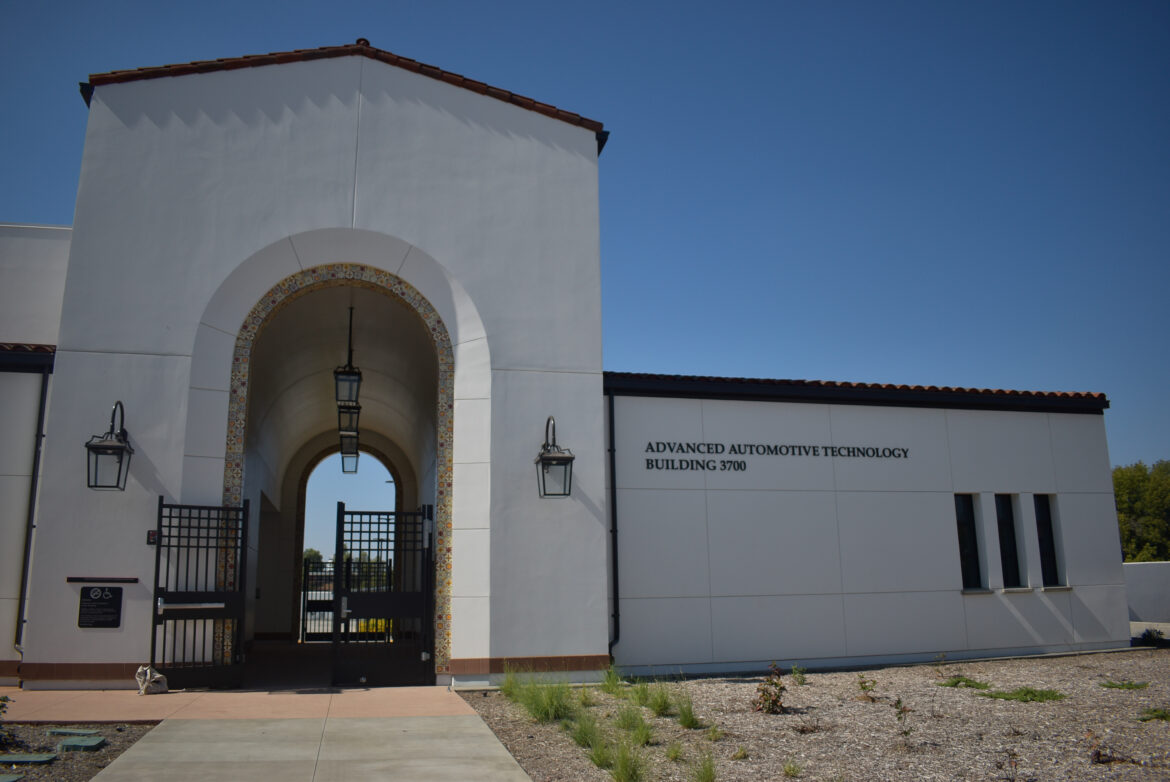 The Automotive industry is constantly evolving and changing.

“From an academic standpoint we need to prepare our students for them to learn how to repair, maintain, and diagnose vehicles that are relevant to the industry in today’s era,” Villalta said.

Currently the building that the students and faculty work in was built in 1967, and was starting to show its age, so this new building will work as a great expansion for the Automotive branch.

At 35 million dollars the new building stands over 21 thousand square feet and holds state of the art equipment such as electric charging stations of all calibers.

The new building will be strictly geared towards zero emission vehicles, focusing on all cars except those that use gasoline, this will be fully electric, hydrogen, etc.

All resources that are needed for these cars such as new lifts and outlets that support them and even special storages for the batteries that run them.

Cars such as the Tesla Model 3 and Prius Prime were also bought in order to be used as utilities for students to learn.

The building was also created with the environment in mind, it has a multitude of water efficient  features including drought-tolerant landscaping and low-flow fixtures, construction also incorporated building materials that were made of recycled or rapidly renewable materials.

Villalta emphasizes that this building is also for the safety of their students when performing these actions that will be essential for their careers.

“You need more room to work on electric vehicles because now when you’re working on a regular car you can have people around you, but when you’re working on an electric car and if you’re the technician you’re the only one in that area right, so if somebody doesn’t know you have an exposed wire you can get electrocuted or you could die it could be a safety issue,” Villalta said.

Although this building will not only be for the use of new technology but will also be used in the hopes to express more equality for women in this field.

Villalta expresses that in this mostly male dominated field this can be an opportunity to create an equal environment for anyone who may want to get involved..

“We have one stall for female bathrooms here in this department, because back in those days (1950’s, 1960’s) right? We’re still, to this day, fighting for equality between, you know, women and all that,” Villalta said. “This field to this day is very male saturated, so we do have a small percentage of females, but that’s one reason why we went and got the new building.”

Many students are also excited for this new building to come out as it will create new opportunities for them to learn and understand more about their career.

“I’m actually excited, seeing how it’s going to look like, the advantages that we’re going to be able to use the classes and especially going farther down my major.” Automotive major Araceli Perez-Garcia said.

Automotive major Jesse Moreira recalled how they are ready to learn about the new technology which will be the face of the future for cars.

“I think it’s going to be a really good opportunity, because they are going to show us the more advanced new technology, which is the future,” Moreira said. “I am going to learn a lot of new things, you know, each year keeps advancing with new technology.”

All Automotive students will get the chance to see the new building coming up this Thursday as Pierce will be holding a ceremony to celebrate the opening of it.

There will be many different speakers, one of which is Steven Guevara, a Pierce alumnus, who works as an instructor at Tesla.