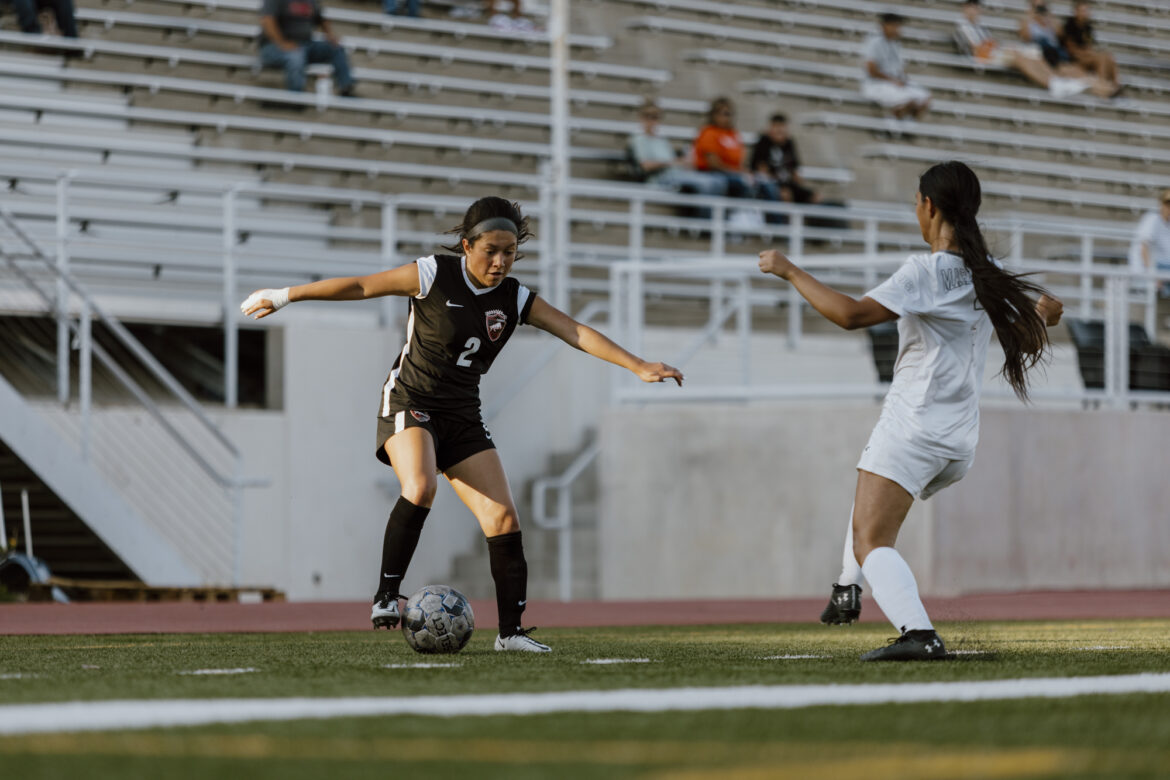 Although the game ended in a draw, the women’s soccer team defended their pitch and stuck it out Friday against Allan Hancock College, a team they lost to earlier in the season.

The Brahmas are fighting an uphill battle due to injuries suffered by some of their top players.  First, midfielder Arianna Vigil against Santa Barbara and now forward/midfielder Alexandra Meza suffered a season-ending injury in Friday’s game.

The Allan Hancock Bulldogs played an aggressive game leaving head coach Adolfo Perez and his team frustrated with the performance of the referees.

Despite these unfortunate circumstances,  Perez was content with the way the team played Friday against the Bulldogs.

“I was very pleased with the first half, our energy was outstanding,” Perez said. “Our bench is not very deep though, so we started the game gangbusters and then as the game progressed, it got tough because my players got tired.”

Forward Malinaly De Los Santos felt like the team put up a good fight and gave it their all against the Bulldogs.

“We definitely could have finished opportunities, but we fought through the end,” De Los Santos said. “We played a good match and we stood to their standards. We lost to them 2-0 last time, but we showed them this time that we could do it.”

Forward Samantha Perryman, who has played in goal this season, ended Friday’s game with five saves for the Brahmas.

Perryman is grateful to have the backing of her teammates during this difficult transition.

“It’s really good to have the energy from the team supporting me because it’s hard,” Perryman said. “It’s not an easy position, so it’s just nice that everyone supports everybody, and we’re able to do it as a team.”

Looking forward toward the remainder of the season, Perez remains cautious but hopeful.

“We still have two teams left to play, Ventura and Santa Barbara, who are probably better than we are overall,” Perez said. “So we have our hands full, but I love our energy.”

The draw puts the Brahmas in a difficult position to win the conference championship this season, according to Perez.

“A tie is better than a loss, but we were still contending for conference,” Perez said. “This draw puts us in the playoff hunt, but it kind of puts us a little bit away from winning a 12 conference championship.”

Although De Los Santos agrees with Perez, she also remains optimistic regarding the remainder of the season.

“If we all have the same mentality and want to win, we can do this,” De Los Santos said. “We definitely can do this.”

The Brahmas are back home on Nov. 1 when they host Ventura College. Kickoff is set for 4 p.m.