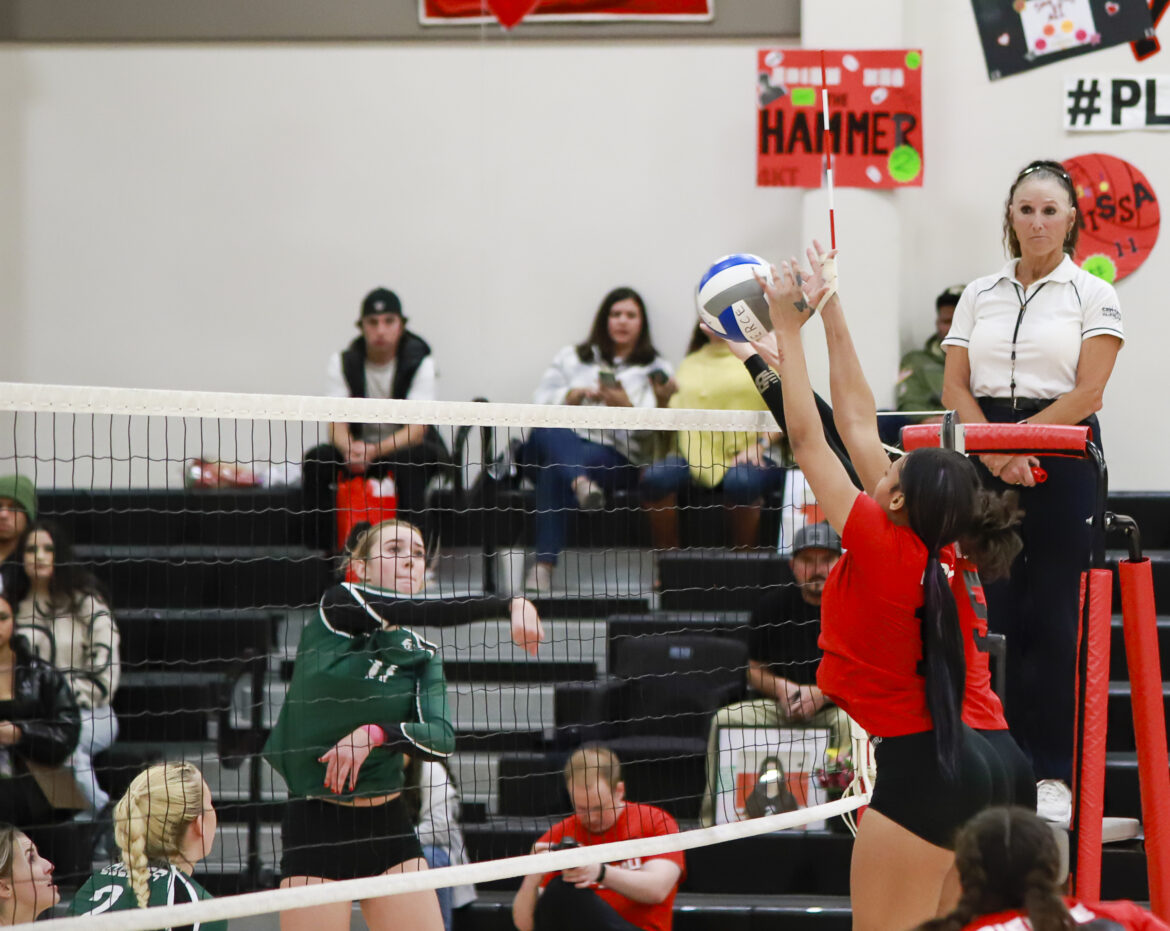 The bleachers were full, and the spirits were high as the game marked Sophomore Night for the women’s volleyball team.

However, there was no room for celebration as the Brahmas lost to the Cuesta College Cougars  in straight sets.

The Brahmas started the first set off with a bang, up by five at one point in the match only to then blow the lead as the set ended with a score of 27-25 in favor of the Cougars.

Outside hitter Alejandra Velazquez reflected on the team’s early success in the opening set of the game.

“We’ve been having a rough past couple of games, but I also think the fact that it was sophomore night and we wanted to play for each other is what had us having a strong start,” Velazquez said.

Adding fuel to the fire was the competitive history between the Brahmas and the Cougars. A previous encounter in early October saw the Brahmas lose the first two sets, win the next two, and lose the tiebreaker in set five.

Head coach Edison Zhou spoke about the team’s mentality going into the rematch.

“Before the game, we had a quick meeting like we usually do, and I was saying it’s going to be a revenge game because, on the first run, we lost in five [sets],” Zhou said.

The second set saw a significant turn for the worse for the Brahmas as they allowed the Cougars to serve 10 times in a row.

Libero and setter Hilda Zahedi spoke about the team’s history of comebacks and the challenges of the second set.

“I feel like we just got in our heads because we’ve done that before, but we’ve come back from a 15-point losing streak and then came right back up and done that before. That just got us today, which sucks, but it happens. It’s part of the game, ” Zahedi said.

Zhou saw nothing unusual about the score discrepancy in the second set and shared an analogy to explain what goes through the head of a player on the court.

Set number three was the closest of the game, with the score being tied at five points throughout the set.

However, the set was also marred by an injury that affected the team.

A tense exchange left outside hitter Gabby Fischer sprawled out on the court in pain.

The set concluded with a score of 26-24, cementing the win for the Cougars.

Zhou spoke about the rarity of serious injuries on the court and shared an optimistic outlook about the player’s quick recovery.

“I haven’t had any athletes get injured during games or practice for the past five years. So that was kind of a first since starting coaching here,” Zhou said. “The trainer checked her, and he doesn’t think it’s very bad.”

The Brahmas next face off against the Santa Barbara College Vaqueros on Nov. 9. First serve is at 6 p.m.