Simms, 22, planned to use hers by working her way up the ASO ladder. She first acted as Theater Senator in Spring 2008, then served consecutive terms as Social/Cultural Chair in Fall 2008 and Spring 2009.

Her goal was to culminate her political career at Pierce College with a bid for the top executive position.

“Because I can be in ASO for two years, I said ‘Alright I want to run for president after (being Social/Cultural Chair),'” Simms said.

“I just want to be a pure voice for the students,” she added. “I want to do everything they want and need… I’m in a position where I can speak up on their behalf and I just really want to let their voice be heard.”

Before even becoming elected, Simms began outlining her agenda, which she says is not her own, but the students’ agenda.

To determine what people wanted and needed, Simms reached out to her constituents.
“I’ve been talking to students ever since I knew I wanted to run for president,” she said.

According to Simms, needs range from seemingly minute — a 25-cent-fee for a cup of water at the Freudian Sip — to bigger issues. Simms said that many students she’s encountered are struggling in this financial climate. Whether it is paying large out-of state or out of country fees to attend Pierce or not having enough money to eat, Simms wants to do something about it.

“A lot of the students are really hungry,” she said. “That might sound really simple but I’ve come across a lot of students that just are so broke with this economy. We provide healthcare, free condoms… Why can’t we provide some type of program to feed the students?”

Simms, who makes no promises, plans to propose an income-based program for food, utilizing campus resources like the Country Cafe.

Throughout her presidency, Simms will encourage “open doors,” not just at the meetings, but promises the members of the board will be accessible.

“Let your voice be heard,” she said adamantly. “(The students) need to keep in contact with us, any little thing.”

“I think sometimes once people are elected, they’re not as accessible. They kind of disappear,” Simms added. “I don’t want to disappear.”

When Simms is not attending meetings, organizing events and studying — she’s a nutrition, dietetics and food science major —you can find her spending time with her husband of 3 1/2 years, Bruce Simms, who she says “helps her with everything.”

Bruce, 32, took off work to help his wife campaign, and wasn’t surprised by her landslide victory over Jonathan Carlos — Simms received 604 votes out of the 966 counted.

“(Carlos) was a fine young man and I think he made a good candidate,” Bruce said. “But I saw how hard (Shani) worked at campaigning and I saw how hard she worked to get to know the students.”

Getting to know her constituents is exactly what Simms credits for her victory.

“I’m just really, sincerely hoping that next year she continues my legacy,” he said. “Not just with the environmental committee that I created, but also advocating on student needs.”?

“She is a strong, creative and devoted leader who is genuinely passionate about helping students be successful,” Rope said of the new president. “I think she will be a strong leader who will bring more student awareness to the ASO.”
-30- 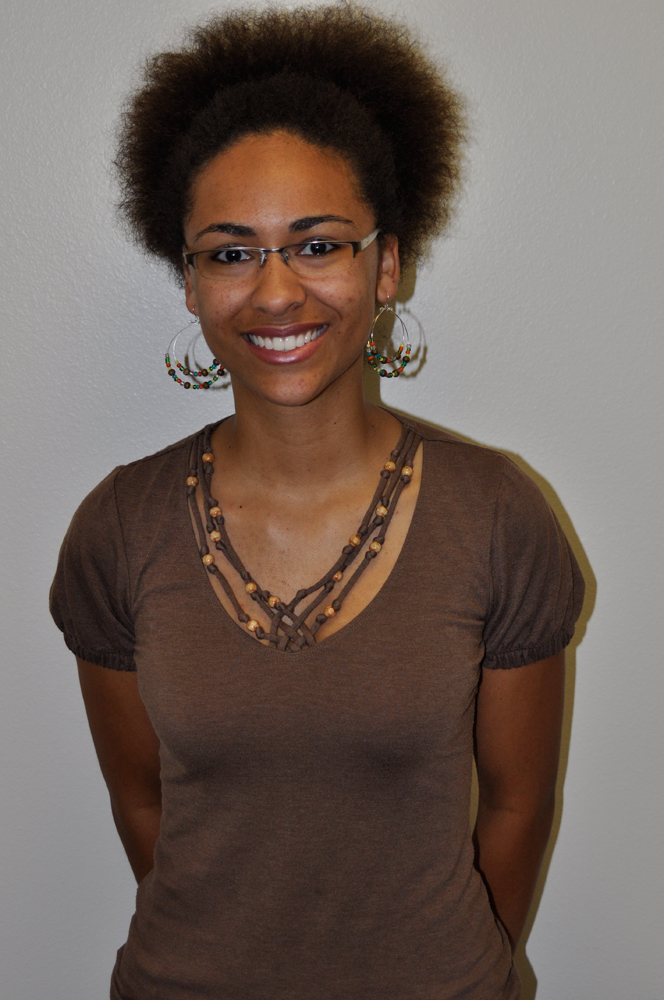