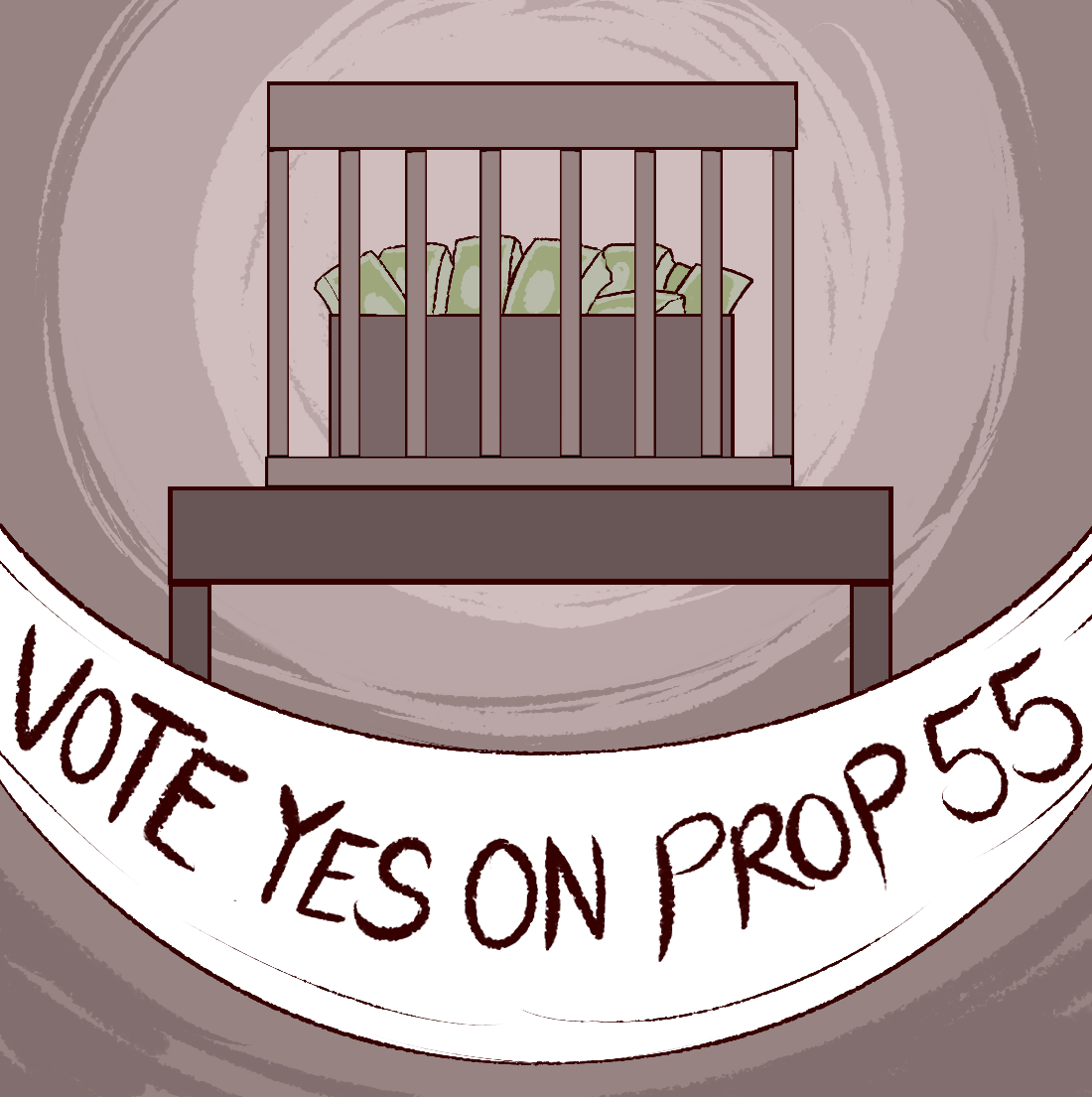 The Roundup newspaper encourages our readership to vote “Yes” on Proposition 55 on this year’s election ballot.

Proposition 55 is essentially an extension of Proposition 30, which was passed in 2012. The measure seeks to continue the temporary personal tax increases on individual incomes over 263,000, and 526,000 for joint incomes. Half of the money allocated will go to public schools at a rate of 89 percent for K-12 schools, and 11 percent for community colleges, respectively. The rest will go toward healthcare, debt repayment and savings.

Since the approval of Proposition 30 in 2012, $6 billion has been raised each year for California schools, according to ballotpedia.org.

In laymen’s terms, if Proposition 55 does not pass, California schools will begin to lose the funds they have been relying on for the past four years.

Teachers will be laid off, increasing the unemployment rate, an untold number of sections will be cut from community colleges, and they’ll be left with barebone budgets which will reduce community colleges to nothing more than general education factories.

Proposition 55 is a measure that does not raise taxes for anyone. Our wealthiest residents will only temporarily continue to pay the increased tax rate until 2030.

Opponents argue that forcing the rich to bare the brunt of the state’s taxation will eventually have them looking to move to states where there are no, or lower income tax rates. But like most economic problems, there’s a certain ebb and flow.

Before the passing of Proposition 30, as the nation was coming out of the Great Recession, California’s unemployment rate was at 10 percent. As of April 2015, it has shrunk nearly in half to 6.3 percent.

Many groups criticized Proposition 30 for focusing first on lowering income area schools rather than spread the funds evenly. Think of our education system as a set of building blocks, you have to start with a strong foundation before worrying about the middle, least of all the top.

Proposition 55 includes measures that require school districts to separately identify how the funds will be spent, so we know where the money is going.

In a liberal state such as California, many voters are willing to adopt a ‘stick it to the rich’ attitude, but we are all well aware that these tax hikes are temporary. Those affected in the upper tax bracket are quick to denounce the need for it, but one extension does not a pattern make.

So, for just a little while longer, we’re asking the 1 percent to help the other 99. We’re no longer looking to survive, but to thrive.

The Roundup News
The Roundup is the student-run news outlet at Pierce College in Woodland Hills, Calif.
Previous articlePro: Should schools be closed for Halloween?
Next articlePierce College falters on Great California Shakeout