In what has been declared a time of fiscal emergency, the California Community Colleges System (CCC) and K-12 stand to suffer a forecasted $4.4 billion budget cut, according to Gov. Arnold Schwarzenegger’s proposed 2008-09 budget.

Schwarzenegger proposed a $40 million cut to the CCC for the remainder of this fiscal year; with the new fiscal year starting July 1, another $480 million is forecasted to be cut.

The $40 million has been lowered to $31 million, but at one point it was up to $54 million, according to Vinh Nguyen, director of budget management and analysis for the Los Angeles Community College District (LACCD).

The cuts are part of a plan to soothe California’s looming $14.5 billion deficit by cutting 10 percent of funding from nearly all state departments.

Despite the proposed cuts, Pierce President Robert Garber has assured the college staff that classes and services for students will not be cut.

“We are trying to make prudent decisions and protect the college from being impacted by the budget cuts,” said Garber. “The question for next year is whether they’ll fund growth and cost of living adjustments.”

Garber predicts that next year’s budget would be similar to the current year, with no increases or increases to balance out the budget cuts.

At a Faculty Guild luncheon, Garber referred to future toll of the cuts as the “impending unkown of the budget.”

The community college funding being cut includes a two-thirds reduction in growth funds, according to a statement from CCC Chancellor Diane Woodruff in a news release from the CCC System Office.

“We estimate that we will not be able to serve 52,000 new students next year,” said Woodruff. “As the state’s largest provider of workforce training, the community colleges are critical to maintaining a healthy, growing economy.”

The cuts to the LACCD would result in a loss of about 9,000 full-time equivalent students or 11,000 students total, according to a quarterly financial status report from the CCC Chancellor’s Office.

The LACCD is still working with the CCC Chancellor’s Office to determine how much money would be cut from the district, according to Nguyen.

Another $200 million that was promised to the CCC by July 2008 may also be delayed until September 2008 to help avert a temporary cash shortage, according to the governor’s Web site.

Of the entire community college system in California, the LACCD and its nine colleges make up about 10 percent of the budget. Pierce College represents about 15 percent of that funding.

The cuts would be enacted by suspending California Proposition 98, which was passed in 1988.

A notable change with the budget cuts would be the elimination of new awards for the Competitive Cal Grant program, a state-funded grant program designed to help students pay for college expenses. Renewal awards would remain unaffected.

To lessen the shock of the grant elimination, Federal Pell grants will increase largely over the next few years.

The CCC is the largest higher educational system in the nation, made up of 72 districts and 109 colleges. The LACCD is one of the largest community college districts in the country. 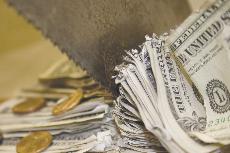