With their heads up and smiles on their faces, the softball team ended their season of ups and downs with something to be very proud of.

Despite their many young players, girls dropping out and the team having only one pitcher, they managed to pull off almost triple the amount of last year’s wins, according to head coach Pat Grennan.

The softball team seemed to be unlike most teams out there. Although they didn’t qualify for playoffs this season, the coach couldn’t be more proud of them.

“I’d rather have a team full of these great girls any day than those many teams who don’t have that and only want the wins,” Grennan said.

Grennan also explained and defended the players who made a decision to leave the team. He explained that most players do not quit their teams only because they are unhappy with something pertaining to the team, but that reasons are often more serious than that.

“Stuff happens, you always have a few like that,” he said. “We always have plenty of players though, and that’s the nice thing.”

Although the team was included in a tough league of schools, including Cuesta College and Citrus College, they beat Santa Barbara City College, 8-6 and 9-7, in an incredibly close doubleheader two weeks ago.

According to the women on the team, this had to be the greatest accomplishment of all, and to Grennan, “one of the greatest moments” he had ever been a part of.

“We swept Santa Barbara right out of the playoffs,” he said.

The women always kept their heads up with the positive reinforcement they received from their coaches.

“I have seen a lot of effort and dedication out here,” said assistant coach Jeff Peterson.

In his third year coaching at Pierce College, he explained that neither of the past years had compared to this one.

“We showed a huge improvement, with a lot more wins this year,” he said.

One of the many improvements involving the team included thas of freshman and pitcher Alyse Scarmozzino.

According to her coach, she worked hard and showed a lot of improvement while being the only pitcher in the team, a unique circumstance in that most teams have a line of pitchers to switch off with.

“She really stepped up her game,” Grennan said.

Scarmozzino also described her thoughts about the season.

“I’m very proud of our team,” she said. “Even though we had some drama, we stepped it up at the end and came out with a lot of wins.”

Their last game was last week against Ventura College at 1 p.m. and 3 p.m., but the team will be staying active and on their feet during a light conditioning class from September to December.

With his playing strategy of “scoring more runs than the other team,” Grennan is anxious to see what the next season will bring to the team.

“I’m looking forward to even more improvement,” he said, “and for all the freshmen that will be returning.” 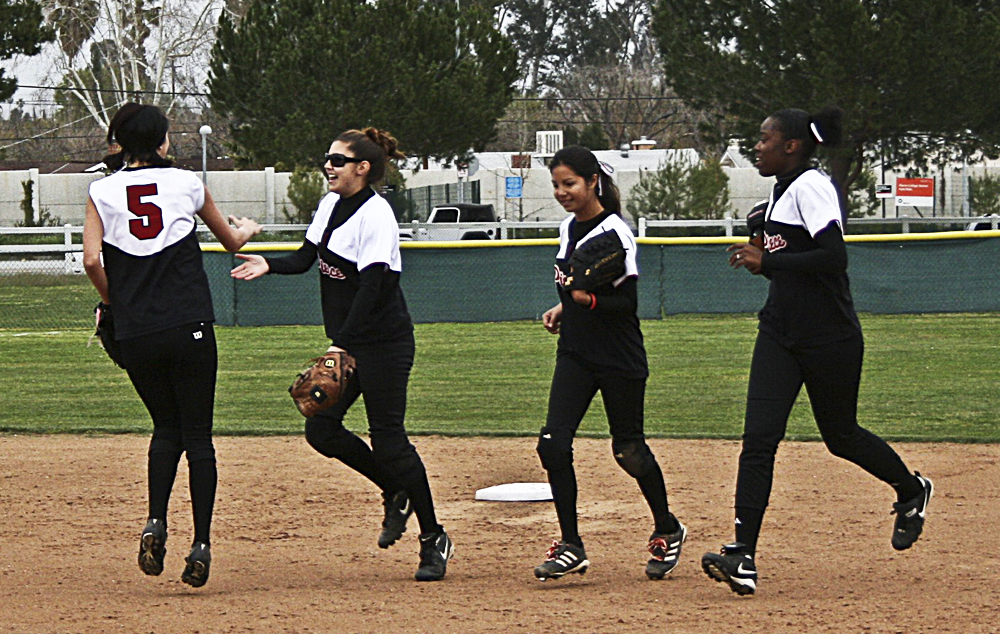