More than 36,000 people between the ages of 20 and 24 are infected with HIV/AIDS in the United States.

A total of 1.2 million people are living with the disease as of 2007, according to the most recent figure available from the Centers for Disease Control and Prevention.

However, nearly 25 percent do not know they are infected.

For students who have never been tested— and for the ones who have— Pierce College will offer free HIV/AIDS tests that will be available from Monday through Thursday.

In her 16 years at Pierce, Health Center Director Beth Benne has known of two positive tests— but that shouldn’t stop you from getting tested.

It’s free and relatively painless and quick, so there is no reason that out of a student population of more than 23,000, fewer than 100 take advantage of the service.

Obviously more than 100 students are sexually active, so why don’t more people get tested?

The entire process takes less than a half an hour and includes safe-sex education with results available in less than half an hour. Positive tests require a follow-up.

Participants have an option of a finger-prick test, which is like a blood-sugar test diabetics perform. It requires minimal blood and less pain that you would expect. For those who hate needles, albeit small ones, you can get a cotton-swab test inside your cheek. The tests, when done through a physician’s office, can cost up to $50.

Although a push is made in March and October, anyone can get tested year-round for $9 in the Student Health Center.

The old adage, “What I don’t know won’t kill me,” is not only dangerously false, but selfish. By not knowing the status of your health, you not only put yourself at risk, but take the chance spreading HIV/AIDS to those you love. 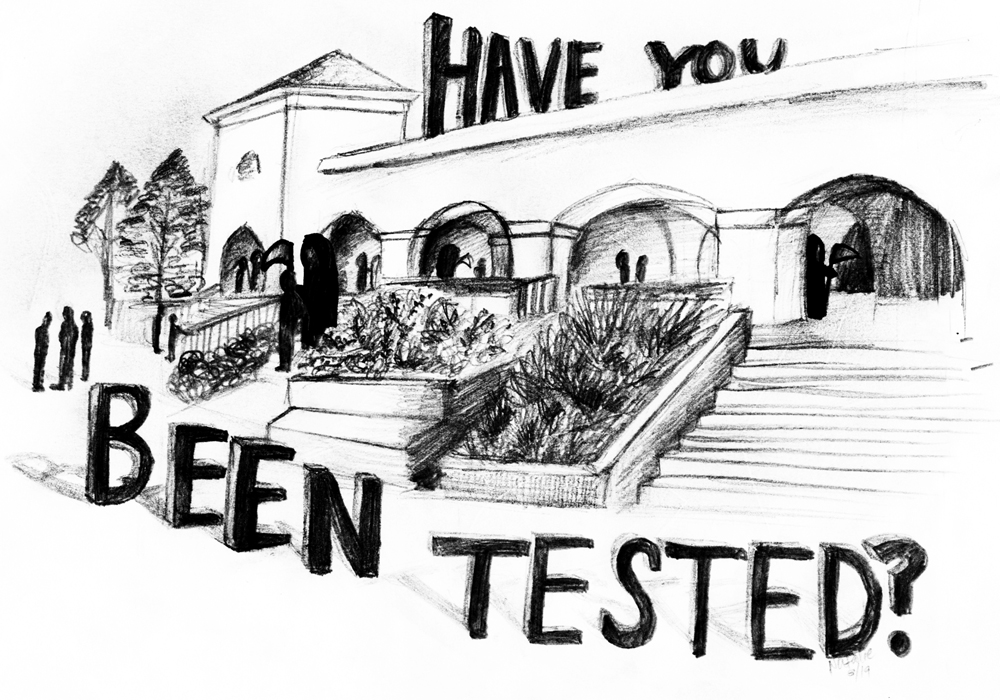