The stage at Pierce College’s Performing Arts Building never looked so attractive.
July 30 was the opening night for Pierce’s adaptation of Stephen Sondheim’s hit musical thriller, Sweeney Todd, the Demon Barber of Fleet Street.
The production, directed by Gene Putnam, with musical direction by James Domine and choreography by Denise Gibson, lasted for three hours with a 15-minute intermission between Act One and Act Two.
The cast’s leading roles were played by Michael Hovance as Sweeney Todd and Tracy Blackwell as Mrs. Lovett.
The set, props and costumes were the musical’s forte.
The auditorium was nearly full. The stage was dimly lit with ceiling lights and engulfed with blue smoke.
The production’s sound effects were also a strong point.
Although Michael Hovance was brilliant with his strong amplifying voice, it was hard to decipher the words being sung, and this goes for most of the cast.
There seemed to be a few slight problems with sound; at times it was hard to hear the actors sing while at other times voices were so loud it could shatter glass, but that didn’t take away from the musical.
The actor who was most articulated in her speech was Tracy Blackwell; her voice projected and was very coherent.
Actor Fonzie Ortiz was another leading cast member who shined. Playing the role of Pirelli, a flamboyant Italian barber, Ortiz fit the role perfectly.
“It was amazing,” said 17-year-old Polina Brailovskaya. “The set was beautiful and everyone was so good. They stayed in character and there were no flaws. It was a lot more than I expected.”
The audience seemed mesmerized throughout the play but people started getting antsy towards the end of Act One.
Narine Vardanyan, a CSUN alum, said that although the performance was good, it was uncomfortably long.
“I really enjoyed it. The costumes and cast were incredible,” said Vardanyan. “But I didn’t know it was three hours long. It was getting a little hard for me to sit still.”
Despite a few tiny glitches, the Sweeney Todd musical is well worth the money.
The musical continues until August 8. Performances are: Friday, August 6 at 8 p.m., Saturday, August 7 at 8 p.m., and Sunday, August 8 at 2 p.m.
Tickets are sold at $20 for students and seniors and $25 for general admission. 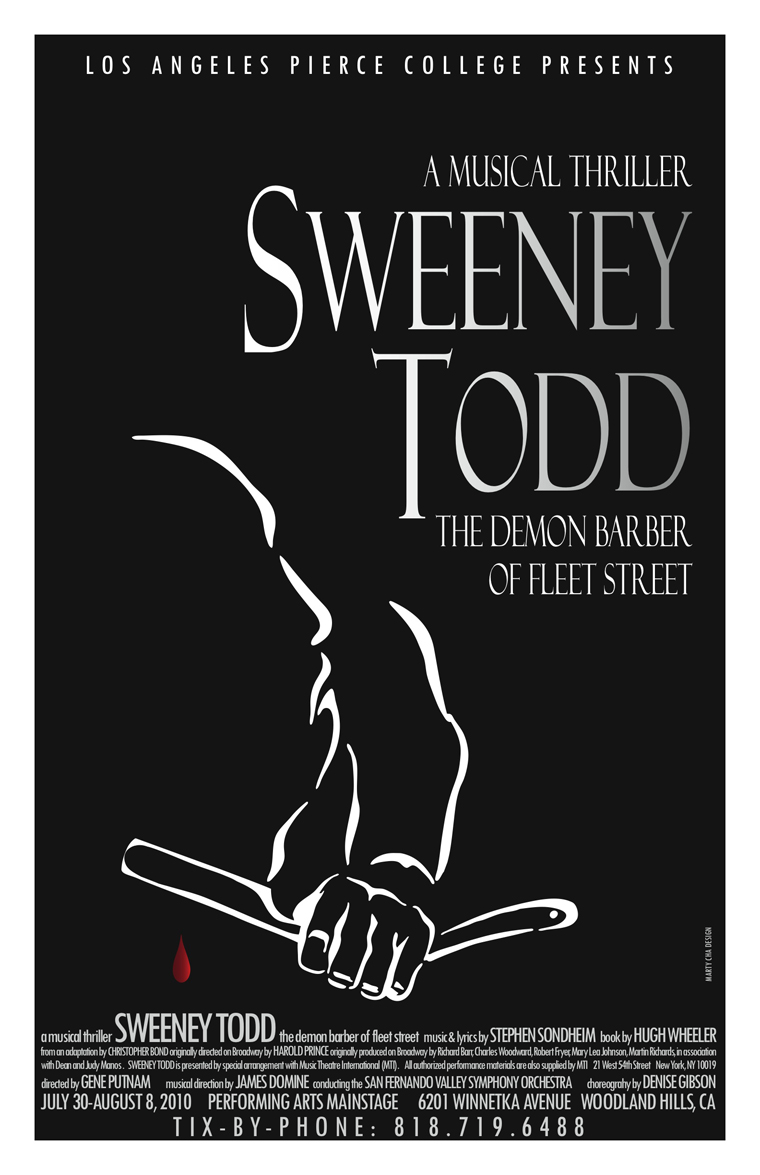