The Roundup News The Roundup is the weekly student-run newspaper at Pierce College in Woodland Hills, Calif.
Home Sports Football Football puts it all together in win

The Pierce College football team played their most complete game of the season Saturday to a crowd of 500 spectators.

The Brahmas defeated San Bernardino Valley College 58-36 in the American Championship Bowl. It was their first Bowl win since 1984

Pierce led throughout and dominated all facets of the game.

“Honestly, he is a great quarterback to play with,” said Damon Julian, the Brahmas’ leading wide receiver.

Julian was named the offensive player of the game with 6 receptions for 219 yards and 2 scores.

The defense provided pressure on the Wolverines’ quarterback all night and kept the state’s leading rusher, Kristin James, in check.

James finished the game with 122 yards on 24 carries and 2 touchdowns.

The Brahma defense carried a shutout into the third quarter. The shutout was lost however when, Wolverines quarterback Roman Neville connected with wide receiver Cody Smith for a 44-yard touchdown.

Neville finished the game with 219 yards passing and 2 touchdowns.

What set this game apart from the rest of the season was the Brahmas’ ball control. Pierce limited their turnovers to a single interception.

“Focus,” said head coach Efrain Martinez. “We just focused, it was our best game since I have been at Pierce.”

Earlier in the week Martinez was named the Pacific Conference Coach of the Year for the second consecutive year.

Looking to the future Martinez alluded to what the season and the Bowl win meant to the program.

“An edge in recruiting local kids,” said Martinez. “We have an edge on Glendale, Valley and Moorpark now and we never had that before.” 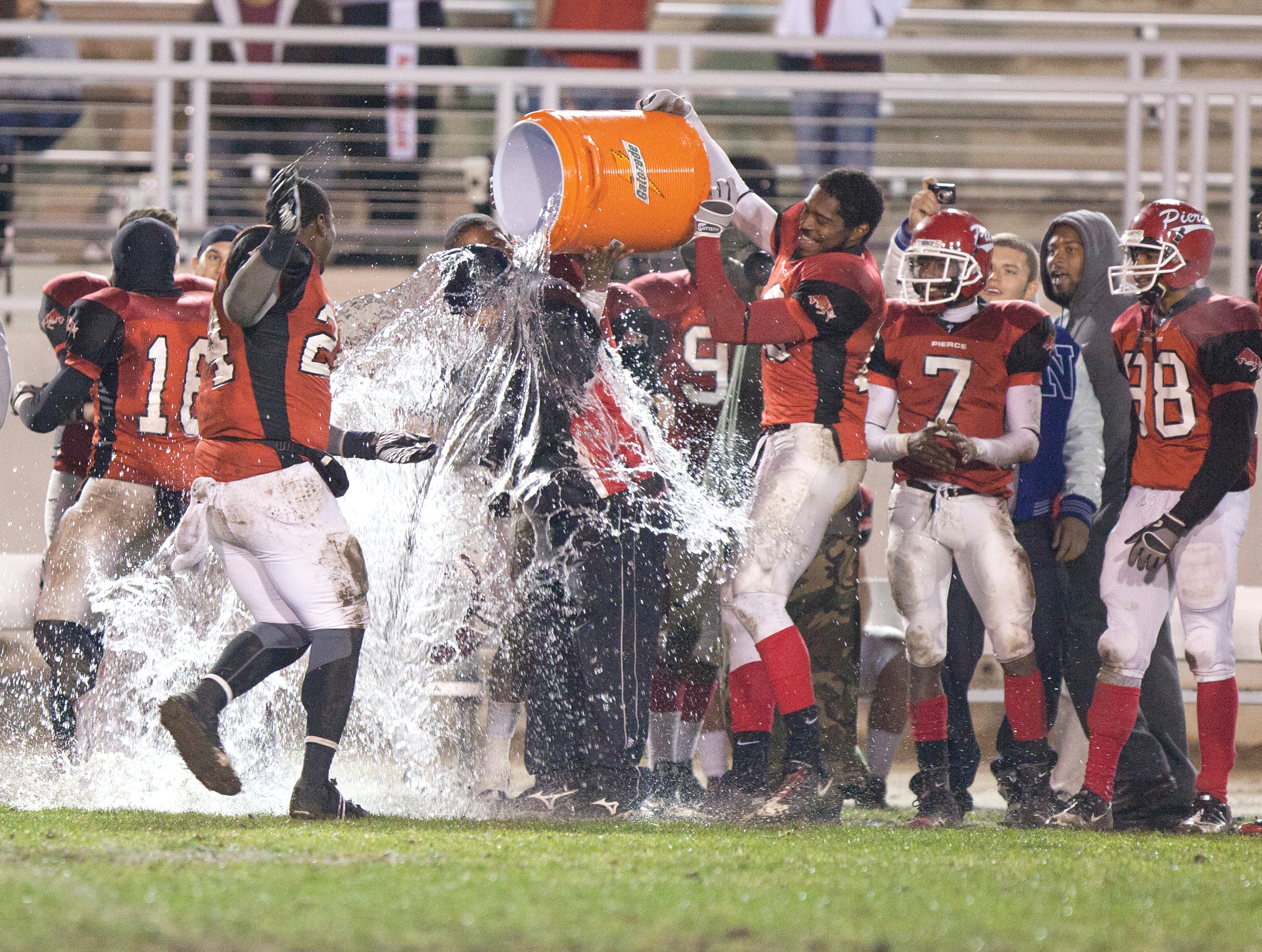 Pierce College players dump water on assistant coach Jason Sabolic in celebration of their win at the AmericanChampionship Bowl since 1984. (Joe Kukuczka / Roundup ) 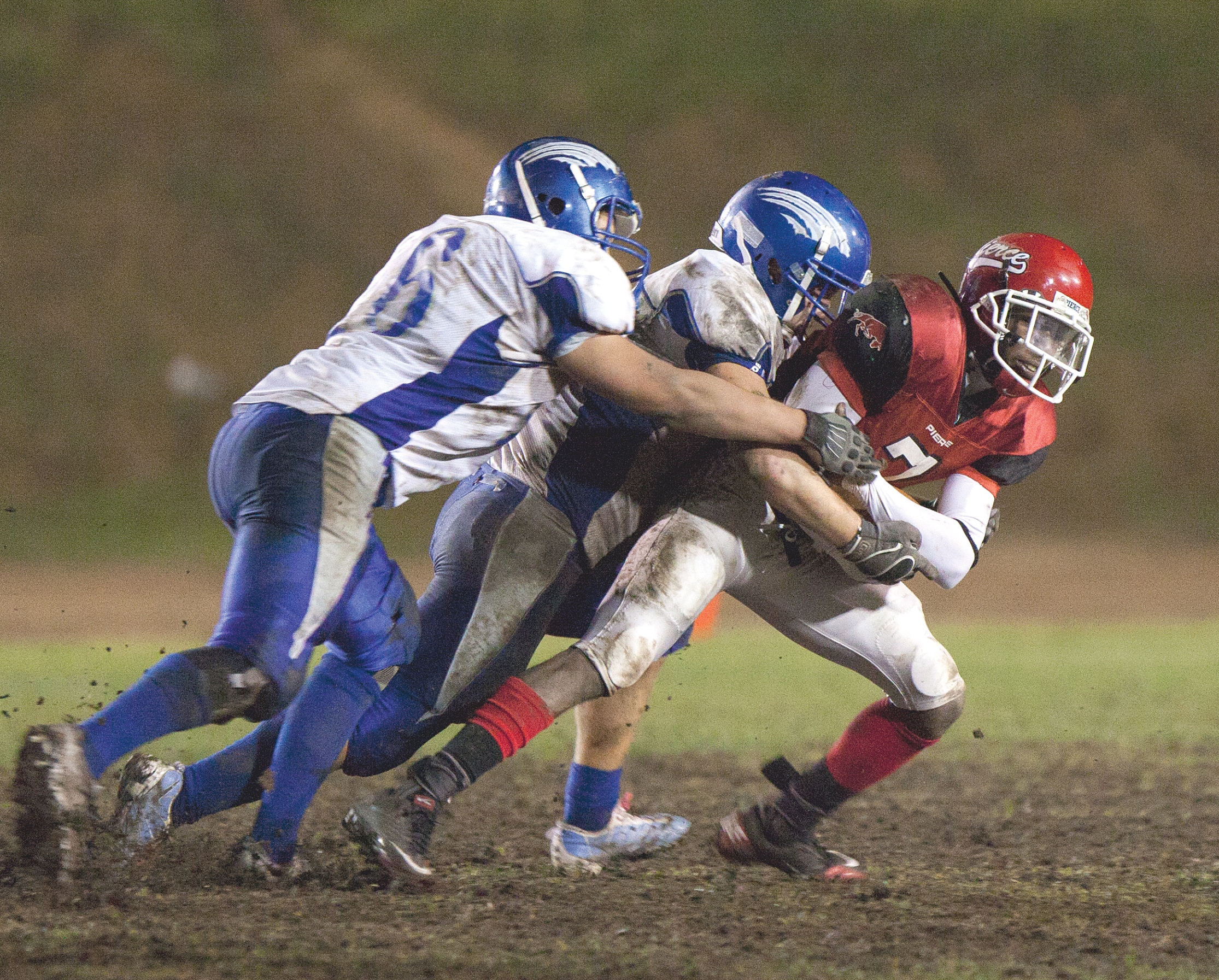