The spring semester is almost over, which means students can’t wait for finals and the end of the semester.

But for those graduating in 2011, the anticipation of June cannot come soon enough.

This year’s commencement ceremony will take place on June 8 at 6 p.m. in Swisher Park.

“Commencement at Pierce College is one of the nicest ceremonies that we do,” said Dr. Richard Follett, instructor of English and current graduation master of ceremonies. “We do a lot of things very well on this campus, and commencement is one of those.”

Students who petitioned for graduation before April 15 will receive an e-mail with all the details on where to go on June 8.

According to the Pierce College graduation homepage, graduates will meet in the Center for Sciences quad prior to the 6 p.m. start time.

“All students have to wear a cap and gown if they want to participate in graduation,” said David Follosco, dean of Student Services.

The traditional black gowns can be purchased at the student store for $29.85 plus tax.

Former Pierce College President and current chancellor of the Los Angeles Community College District, Darroch “Rocky” Young will be the keynote speaker at this year’s graduation.

Swisher Park will actually be re-named in Young’s honor later this year.

“This year we’ll be renaming [Swisher Park] Rocky Young Park,” said Follett. “That has been approved by Board of Trustees.”

Student speakers have not yet been chosen.

With the Center for Sciences and Business Administration buildings completed, planning has become easier for the graduation committee which includes Follosco, Follett and many others.

A new procession will begin from the Center for the Sciences building instead of the Campus Center.

“In the past, the students walked down by the audience, and back in” said Follett. “It kind of spoils the glamour.”

Last year, there were 387 students that participated in graduation.

“If a person is qualified for the transfer program, they automatically get an AA or AS degree if they request it,” said Follett. “[The degree] is yours, you’ve worked for it. Take it.”

Students can still participate in the commencement ceremony if they have missed the April 15 deadline, but they will not be able to have their transcripts evaluated, according to the graduation homepage.

Students are encouraged not to forget their cap and gowns or their reader card, which tells the speaker how to phonetically say their name.

“It does get pretty hectic,” said Follosco “[students] should get there early.”

One thing that does make things easier for family and friends is that professional photographers will be taking shots of all students walking across the stage.

The Student Store will also have tables set up along the mall with graduation gifts and flowers.

A reception will also follow the ceremony at 7:30 p.m. at the Center for Sciences.

For more information go to: http://www.piercecollege.edu/students/graduation/ 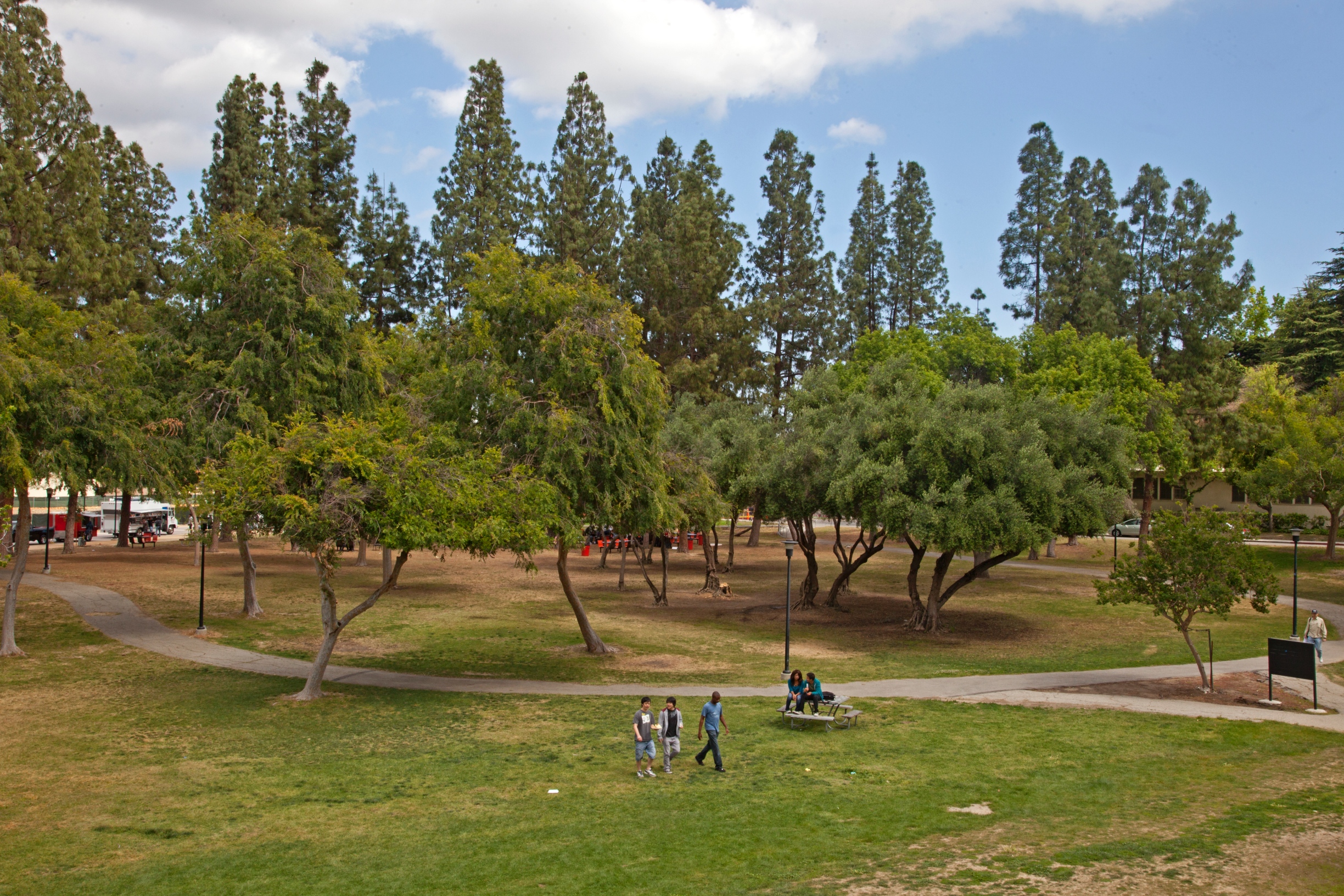 Pierce College students walk through Swisher Park May 9, 2011 next to the Center for Sciences. (Joseph Kukuczka 2011)

Lorrie Reyes
Previous articleMoofaces.com, the latest face of social networking
Next articlePierce to hire full-timers in the middle of budget cuts