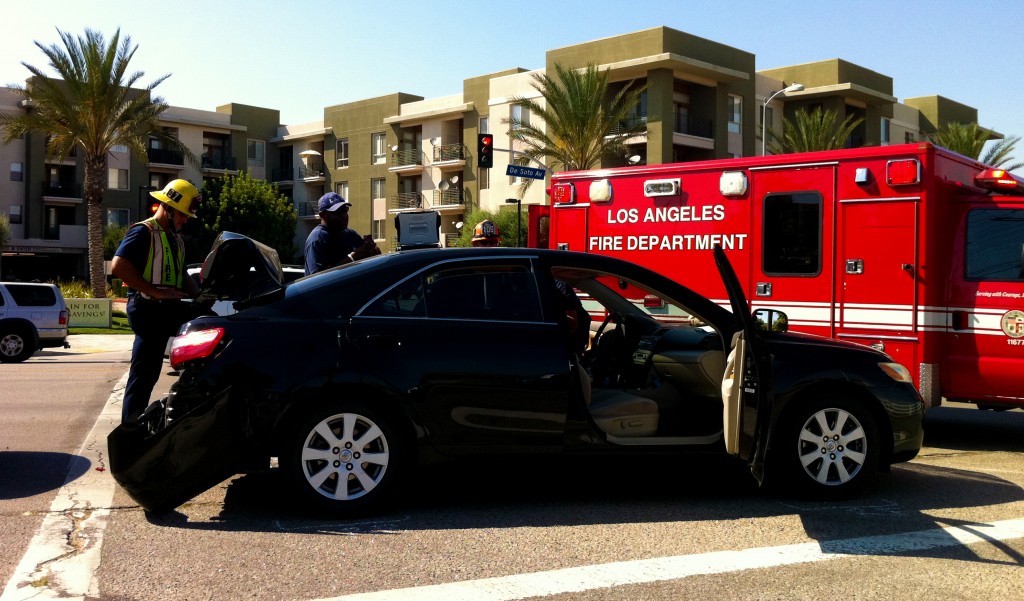 A traffic accident at the El Rancho entrance to Pierce College resulted in one driver being hospitalized and caused traffic delays northbound on De Soto Avenue.

The injured driver was taken away in an ambulance 30 mins after the accident occurred at 2:30 p.m.

“It’s a real basic accident for us,” said Officer Andrachick of the Los Angeles Police Department Valley Traffic division who was on the scene of the accident.  “But unfortunately not for them, there goes their weekend. It’s a bummer.”

The driver of the SUV is a teacher at the West Valley Occupational Center across from Pierce.