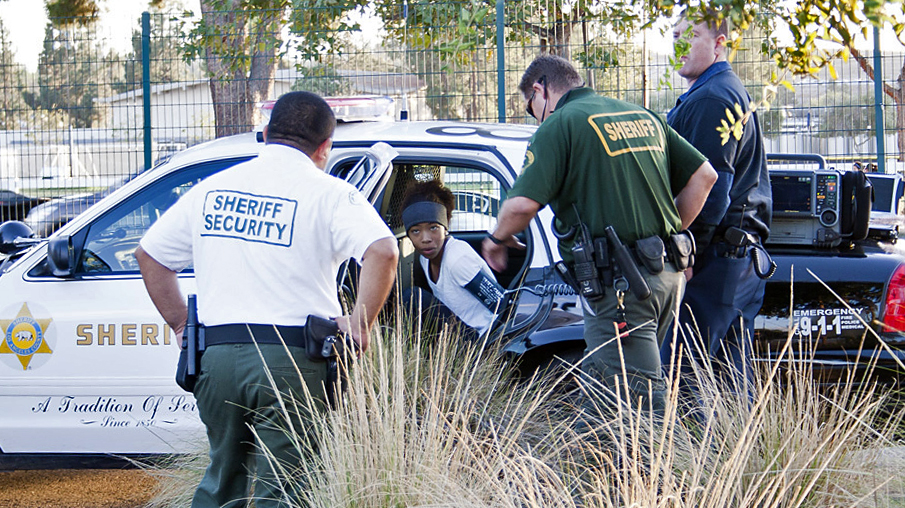 A Pierce student, charged with resisting the orders of a public officer and refusing to comply, will be arraigned  Dec. 6 at the Van Nuys Courthouse.
Monica Jackson was detained Oct. 5 after allegedly swinging an elbow at an officer in the Metro Orange Line parking lot near the corner of Winnetka Avenue and Victory Boulevard,

The incident began with a report to the Sheriff’s Department of a verbal altercation occurring inside a car, said Senior Lead Sheriff’s Deputy Ron Nohles.

“We sent sheriffs over to prevent a fight and injury to people,” he said.

It was during the intervention that one of the students involved in the verbal altercation allegedly swung her elbow at one of the officers, according to Nohles.

During the takedown, Security Officer Bryan Chavez sprained his thumb, while Security Officer James Brown received a cut on the back of his hand, according to Detective Richard Pfeiffer from the Community College Bureau.

Paramedics from the Los Angeles Fire Department were also at the scene.

Jackson was a member of the women’s basketball team last year and was named most valuable player of the California Community College Athletic Association’s Western State Conference.

Jackson hasn’t showed up for practice for practice this year however, according to Pierce’s women’s basketball Head Coach, Jim Couch.

Further review of the incident will be required in order to for the Athletic Department to determine whether Jackson will still be eligible to play for the team, said Athletic Director Bob Lofrano.

“Athletics is a privilege and not a right, so if you do something wrong you might have that privilege taken away,” said Lofrano.

The Roundup was unable to reach Jackson for comment.