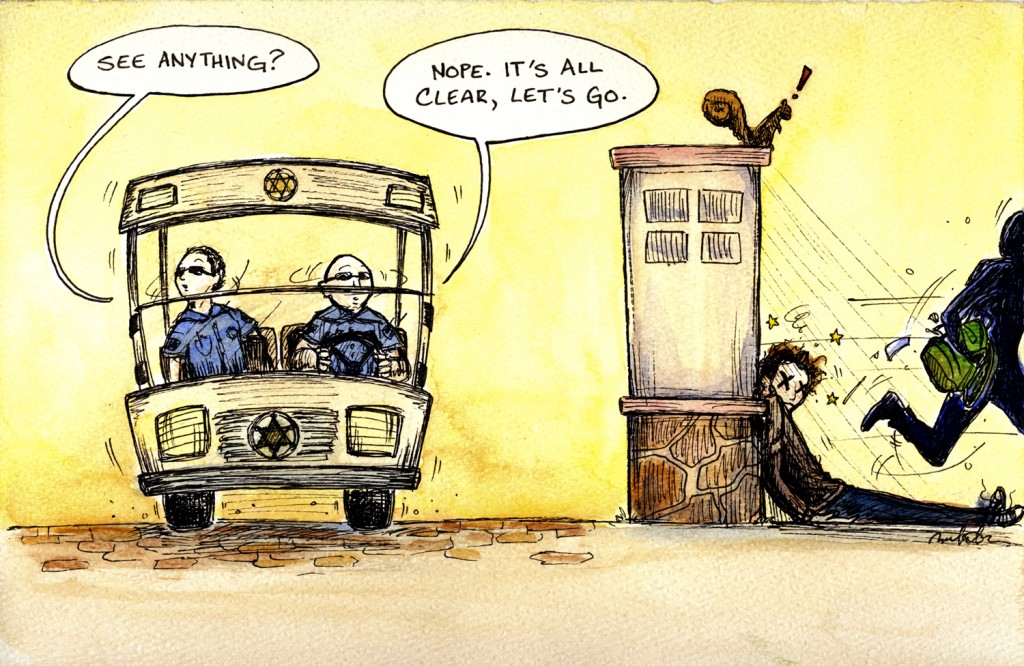 Sure, we have a 24-hour Sheriff’s Station on campus and we’ve seen cadets around a few times, but most of the time we find them riding through campus on their carts and sweeping by all too quickly.

What’s more, there are places where trouble could occur and those carts won’t fit.

Riding around in carts is fine but only occasionally walking about isn’t enough.

They need to patrol on foot, enter the buildings where students attend class and seek out the dark places where criminals lurk.

Since we have a public, 426-acre campus, more coverage and regulation by security is necessary.

Students should be able to see campus security as they walk to class.

Each cadet and sheriff has three different eight-hour shifts, according to Security Officer Justin Ramos.

During morning ballet in the North Gym, “creepers” sometimes hang around the doorway and hall just staring into the class.

When it’s over, they finally leave and when asked if anyone knew them, the dancers usually say no.

Such situations make students uncomfortable and disrupt their learning environment.

And that’s just during the day.

A typical evening class at Pierce ends at approximately 10 p.m.

Ramos prefers working the night shifts because they get better calls and things get a little more interesting.

At that time, the campus is often deserted, with the exception of the occasional night school student leaving class and making their way across the dimly lit campus.

The last thing one wants to see is a creepy man or woman lurking behind them in the parking lot.

On the contrary, the sight of an armed sheriff patrolling would be comforting.

There are supposed to be sheriffs patrolling throughout the evening, but they are rarely visible to students on campus after 7 p.m.

They must make their presence known by walking through the halls, parking lots, behind and around our buildings during the day as well as in the evening.

As students we should be able to feel safe no matter what time of day it is.