The Roundup News The Roundup is the weekly student-run newspaper at Pierce College in Woodland Hills, Calif.
Home Campus Life The final cut is the deepest 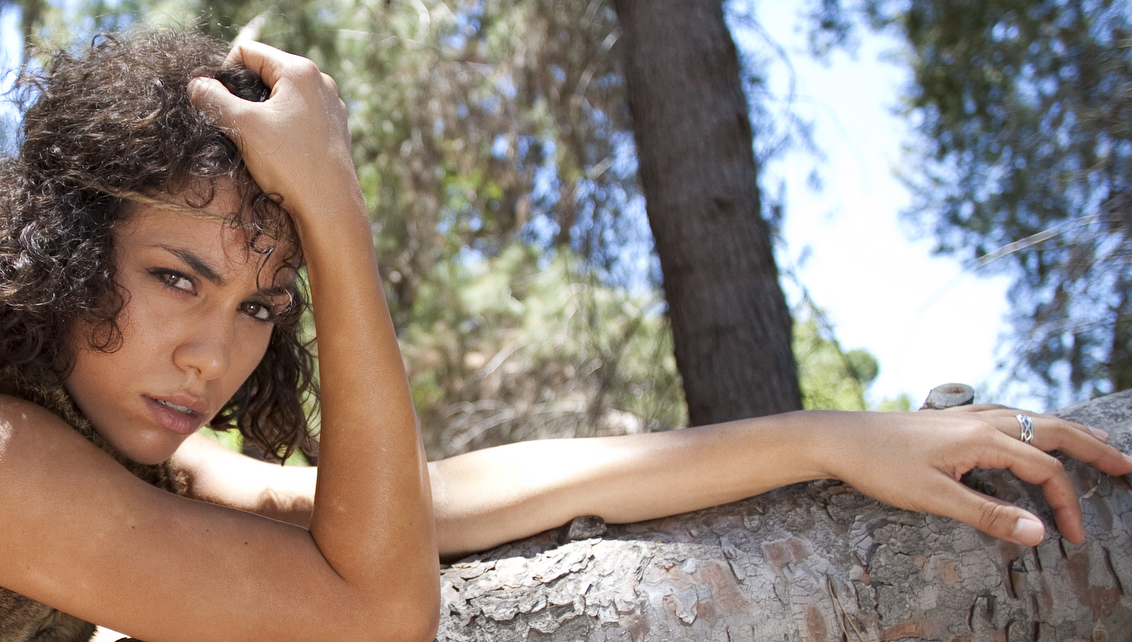 Ending up on the cutting room floor is part of the game in Hollywood.

Still, former Pierce athletic standout and actress Andreas Sixtos wasn’t expecting the jolt she got at the midnight premiere of “The Amazing Spider-Man” on July 3, 2012.

Sixtos knows the realities of the movie making business first-hand, and sat down with The Roundup to talk about that night, as well as some new projects and plans for the Fall 2012 semester.

RU: Sony’s “The Amazing Spider-Man-” when and where did you first realize that your scenes had been cut?

Sixtos: “I was in the theater watching it for the first time -without a clue- on the night of the premiere.”

RU: How did that make you feel?

Sixtos: “Honestly, the first 10 seconds after I realized it, I was just in shock. Hand-over-mouth moment, but not for the reason of not being in ‘The Amazing Spider-Man.’ It was the fact that I’d told so many of my family members and friends over the duration of a year. I was hoping they didn’t think I was just making up stories, but they were all very supportive and didn’t make it a big deal. The thing that is most important to me is that I had an amazingly fun experience filming it, the scene was intense and I worked with great people. Marc Webb is a great director; he definitely knows how to work with his actors. The whole cutting of scenes thing is simply just part of the oh-so-mighty Hollywood business, you know?”

RU: There’s a scene from the movie that takes place in a bathroom stall with you and The Lizard. That sounds like it should be included on the DVD edition, and we can hope for that, right?

Sixtos: “I was in the bathroom stall with my friend when the evil Lizard comes crashing through the toilet! We had a crazy, insanely intimate moment with The Lizard as it breathed and slithered in our faces until he finally continued on. I really hope it is in the DVD edition! I anticipated seeing the scene when it came out, so hopefully it’s included. It would be nice to have some closure with it I guess.”

RU: We need this to be sorted in time for the Thanksgiving DVD rush. Is there someone at Sony we can go talk to? Maybe there’s a call center or a suggestion box.

Sixtos: Truthfully, I wouldn’t even know who to go to for that information… but I know it would be fantastic to have for my reel. It’s a good thing I get to keep it on my resume!”

RU: Folks might not understand. Who makes the decisions on what footage makes it into the theatrical release?

Sixtos: “Actually, the people that work on these productions are like one big team, so they all contribute a little as to what makes it into the final cut. People have to realize that when filming a movie or even a TV show, hours and hours are being filmed. When it comes time to edit, they have to take those hours of footage and condense them into a limited amount of time. It’s inevitable for them to cut some footage in order to stay within the time frame. Just too bad it was my footage. The movie would have been better with it in.”

RU: Your sister, Alicia, had a small role in Marvel’s “The Avengers.” That is an amazing coincidence, don’t you think? Rubbing elbows with Marvel’s elite seems to be a family affair.

Sixtos: “Yeah! It was definitely an awesome coincidence. It was so cool to see Alicia in The Avengers; she was really great!”

RU: How would you like working together on a project? Who would be the villain?

Sixtos: “We have actually been in a film together in the past, a short film called In Between. Our characters were sisters -go figure. I would love to work with her again. I feel so blessed to have my sisters share the same passion for acting as I do, so it’s always fun to work with them!!

We would both be great villains. We’ve both got our secret dark sides in us. If I had to choose, I’d say Alicia -because she was always the tougher, gutsier one growing up. I’d be the hero for sure! After I watched ‘The Dark Knight Rises,’ I imagined myself as being Catwoman; she is so badass!”

RU: Who would you most like to work with on a project?

Sixtos: “I can’t choose just one person! I would choose to work with Leonardo DiCaprio, Will Smith, Rachel McAdams, Johnny Depp, Meryl Streep and Heath Ledger if his gorgeous self were still alive. These talented people are my idols, I hope to one day be as great as them. Oh, and one more: Christian Bale!! He’s a new addition to the list, but have you seen ‘The Fighter?’ His performance blew me away.”

RU: It must be hard to juggle your acting, athletics and academics all at once. How do you stay focused?

Sixtos: “I purposefully took a break from acting for the first time during the Spring 2012 semester because as an athlete in season, taking 12 units, as well as pursuing an acting career, it was definitely a challenge. Last year, juggling the three was extremely hectic and I was often stressed out. So in the Spring I had more time to focus on school and softball solely, and it was a blast! I ended up on the Dean’s Honor Roll list that semester, never had that happen before! My drive was my classes and teachers. I was also driven by the love for my softball team and playing on that field. I had an exciting final season that I will never forget.”

Sixtos: “I was actually planning on going to a university after Pierce, to continue softball. I changed my mind halfway through season after by body started breaking down, limb-by-limb. It was always something different. My team called me “accident-prone” and it is so true. I’ve been in and out of the doctor’s office since the season ended and I am currently in physical therapy to strengthen up. I have my mom’s knee problem genes -not good.”

RU: Even a busy gal like you must relax. What’s “a good time” in your opinion?

Sixtos: “When I have some free time I love to enjoy the little things. I love playing the piano, reading, taking pictures, and spending time with my family and friends. I especially love going to the beach or camping for a weekend! I was born a nature kind of girl.”

RU: You finished a film recently right here in Los Angeles about an organ delivery gone wrong and a race against the clock to retrieve it. Tell us a bit about that.

Sixtos: “It is called ‘Sunset Stories’ and my role is a young talented artist whose drawings are good enough for her to attend prestigious art schools if she’d just send the applications. She avoids sending them because she is very scared to leave her father behind. She also has confidence issues that hold her back. June (my character) intertwines with the story quite a bit. You should really see it if you get the chance, it is a very unique film, I can’t wait to see it again!”

RU: You’ll be traveling to the Big Apple soon. What’s happening in NYC?

Sixtos: “I will be going to New York for the first time ever! ‘Sunset Stories’ is going to be in the HBO Latino Film Festival in August. It should be a magical experience walking down the red carpet, meeting fantastic people who share the same passion as me. But there is a possibility that this trip won’t happen. I’m on ‘available’ status for a project that I auditioned for last week, and I won’t know if I am booked until next week. It’s bittersweet really.”

RU: If a reader wants to be in the movies, where do they begin the process?

Sixtos: “The first thing you need to do is ask why you want to be an actor? And if there’s passion behind your answer then go for it! I say this because it takes so much dedication and time to pursue an acting career. You need that fire to keep you going! Once you’ve got fire, the next step is to get head shots done. Then go to www.actorsaccess.com or www.lacasting.com. There, you will find long lists of managers and agents you can look through and contact. After you’ve accomplished that, you should be on your way, so good luck! Oh, and just a tip: most actors find a manager first in order to help them find an agent. That’s what managers do- they help manage your career choices.”

RU: Fall semester is around the corner, where will you be?

Sixtos: “In the fall, I will be back in the acting game, switching from school to auditioning again. I am also very much into photography. I’ve been assisting a photographer and have learned so much over the past few months. I plan to branch off and start working independently soon.”

RU: Where can we hope to find you this time next year?

Sixtos: “That’s a great question. I can’t say exactly but I can only hope to be working consistently, volunteering, doing more photography, smiling more and contributing to the world by remaining humble and open hearted, filled with love and light. I will be living day by day while guided by the vibrations of the universe and fueled by the raw freedom of humanity.”

RU: Is there anything you’d like to say to your Pierce College fans and those who support you on campus?

Sixtos: I’d just like to say ‘thank you’ for all the support. It truly means a lot to me. I pray that you always keep in mind how beautiful life is and how unique, beautiful and talented you are… just follow your heart and smile often. Love and light.”

To read more about this and other stories, visit theroundupnews.com