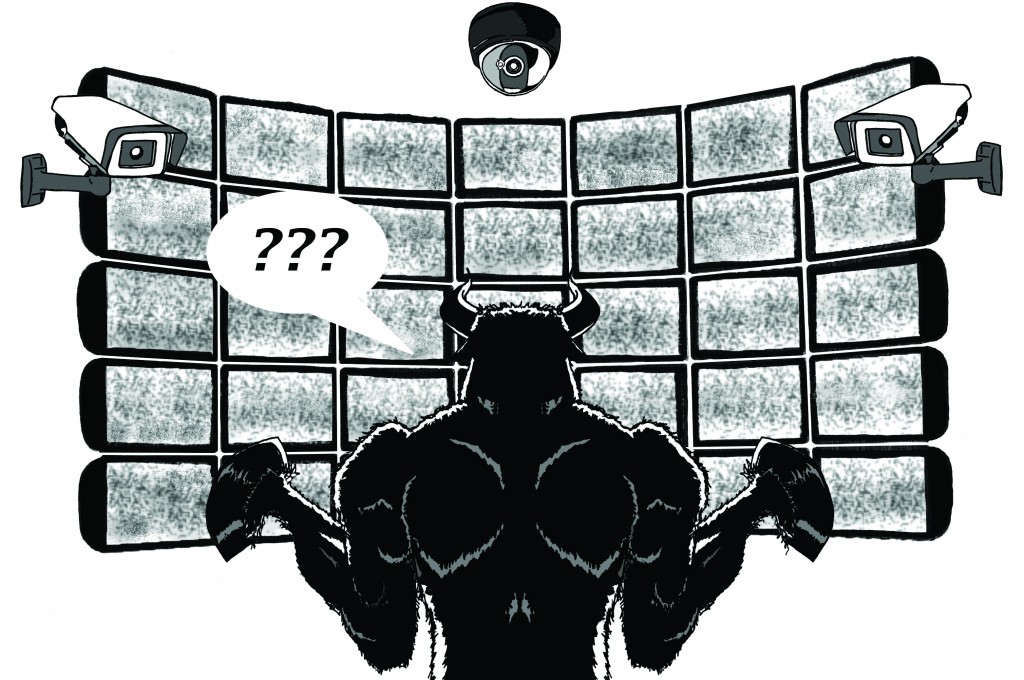 The jewel of the Los Angeles Community College District is becoming more and more tarnished with every week due to mounting budget concerns.

But as your mother always told you, there are some things that you simply can’t skimp on.

Deodorant, food, toilet paper– you get the point.

One of those items is campus safety.

The good people over at the sheriff’s station are working desperately to ensure our safety, but they are fighting with both hands tied behind their backs.

Pierce College, still the largest, most populated campus in the district, has one of the least effective security camera systems.

Couple this with the fact that we are also the only college campus in the district who has lost their cadet program (thus far), and we have the makings of a terrible tragedy.

So let’s review– we have 426 acres, 22,000 students, an extremely small contingent of dedicated officers, zero cadets, and a camera system that only covers a tiny amount of our campus.

Are you scared yet?

How about if you’re the poor student whose car got stolen out of Parking Lot 7 earlier this semester?

No cameras meant they couldn’t even get a description of whoever did it, after the fact.

If you’ve been in the North Gym lately, you already know that there has been a number of lockers broken into.

No cameras anywhere near the gyms means no luck prosecuting.

No proof, no case.

Are you getting the picture yet?

These are just a few of the campuses across our nation where shootings have occurred.

We have an open campus where just about anyone can walk right in.

The chances of cameras actually preventing anything in these instances is a matter of debate by folks who sit around debating such things; but on the ground, it’s a no-brainer.

With a more robust security camera system, law enforcement personnel would be better able to see more of the campus, and by proxy, be more prepared to deploy to escalating problems.

In other words, more cameras would make you safer by not only deterring criminal behavior before it happens (smile, you’re on camera) but also documenting criminal activity as it happens.

That car that got stolen– we could have used video footage to identify the thief.

If the unthinkable happens, and we do have an armed assault situation on campus, the sheriff’s station would instantly have eyes on that area.

The solution is simple: bring Pierce College up to speed with the rest of the district in this vital, yet overlooked security measure.

Anyone arguing that this a budget issue should be flat out ashamed of themselves.

Classes are a budget issue.

Campus beautification is a budget issue.

Cameras are a safety issue.

You don’t skimp on the safety of your students. You just don’t.

No amount of manicured grass or shiny new buildings will matter if we have a real-world situation erupt here at Pierce.

The only force between us and the danger is our sheriff’s station, and they should have whatever they need in order to keep us safe.

You’ve already axed their cadet program. This makes surveillance equipment even more a necessity than ever before.

Buy the cameras. Install them. Wire it in to the station so our officers can do their jobs.

They deserve it, and so do our students.

Sure the budget cuts are a bit unnerving.

But that’s not fear.

Real fear is being responsible for the safety and well-being of 22,000 people, and knowing you can’t see them.

The Roundup News
The Roundup is the student-run news outlet at Pierce College in Woodland Hills, Calif.
Previous articleMonsters are real
Next articlePower outage raises emergency concerns on campus

Hard work, dedication and love are not the only things that get Pierce College student Angela Rodriguez through her 16-hour days working for her...
Read more
Editorials

Green thumbs don’t have to be for plants; they can be for communities too. During the COVID-19 pandemic, millions of people have been struggling financially...
Read more
Campus Life

Balancing work and a workout may not seem like an easy challenge for some people, but it’s not a problem for some Pierce students...
Read more
News

Juggling work and academia is nothing new for Pierce College students, but the toll of a global pandemic has caused the increased need for...
Read more
News