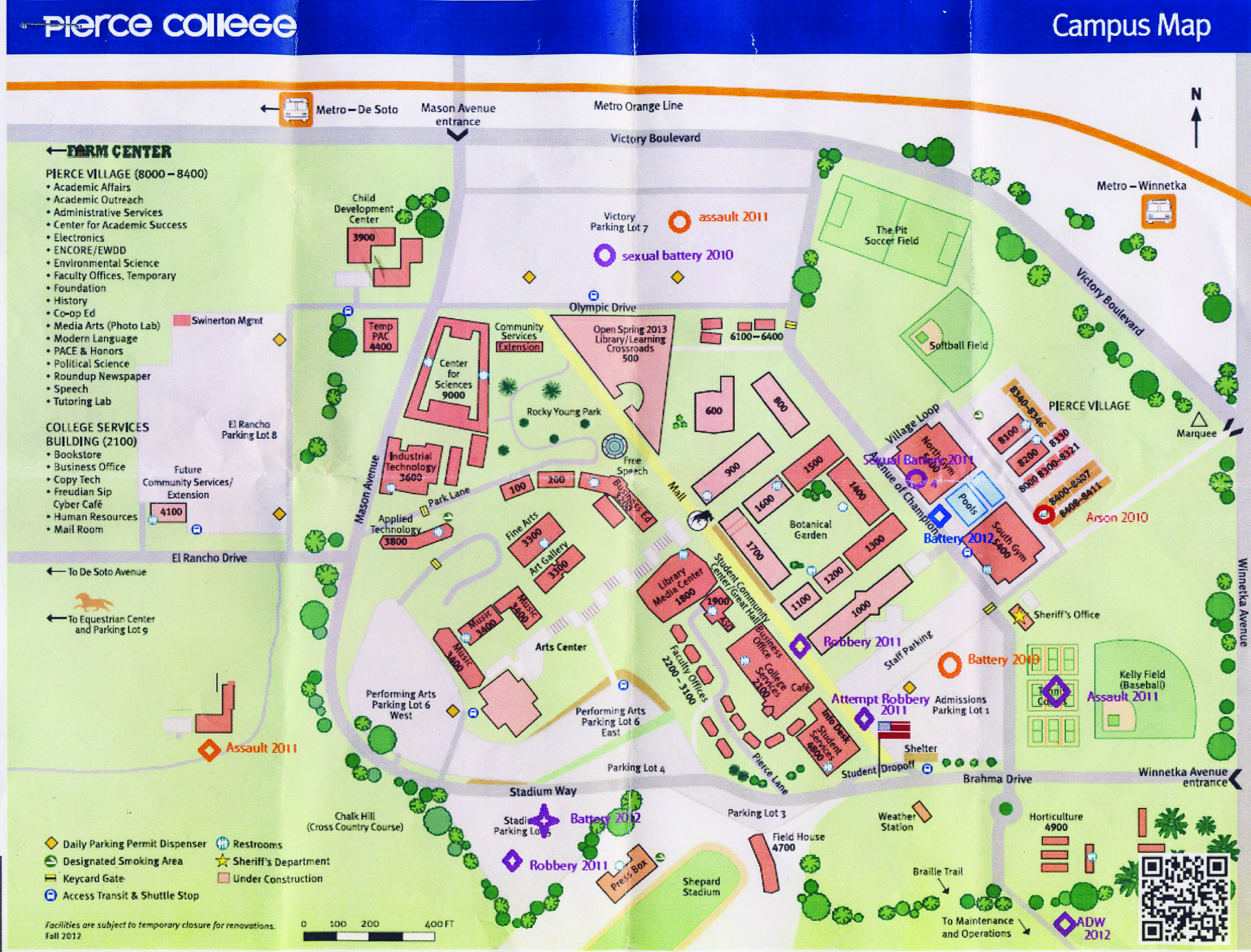 Pierce College has one of the lower crime rates out of the nine schools in the Los Angeles Community College District (LACCD) according to the 2013 Clery Act Security Report.

The Clery Act requires that all colleges and universities who participate in financial aid programs must disclose criminal acts within the campus and surrounding areas in a yearly report, produced every three years.

Data collected from the report shows crime rates have dropped on and near campus in many areas, including: sexual offenses, robberies, and burglaries.

The Pierce sheriffs department has gone through great lengths this past year to make sure everyone continues to stay safe on school grounds, according to Pierce’s Deputy Sheriff Alfred Guerrero.

While the statistics reflect better campus safety for some schools, other schools have relatively no data at all, which leads to question the sufficient amount of evidence collected to present the reports.

No data was provided for Los Angeles Mission College between September and December 2012, but a search of crime maps within a one mile radius of the area in the last week presented six new offenses.

A call to the sheriff’s department at Los Angeles Mission College revealed the department was unaware of their lack of crime statistics online and (at print) were contacting their IT department to fix the problem.

LA Valley College reported three crimes in the year 2012 and calls to their sheriff’s department regarding the lowest crime rate in a high crime area provided few answers.

While Pierce isn’t located in as densely populated of an area as Los Angeles Trade Tech College, sheriffs on campus are just as committed to keeping students safe.

“Patrols walk to the female gyms,” Deputy Guerrero said.  “They walk people to their cars. It’s the overall awareness of the students.”