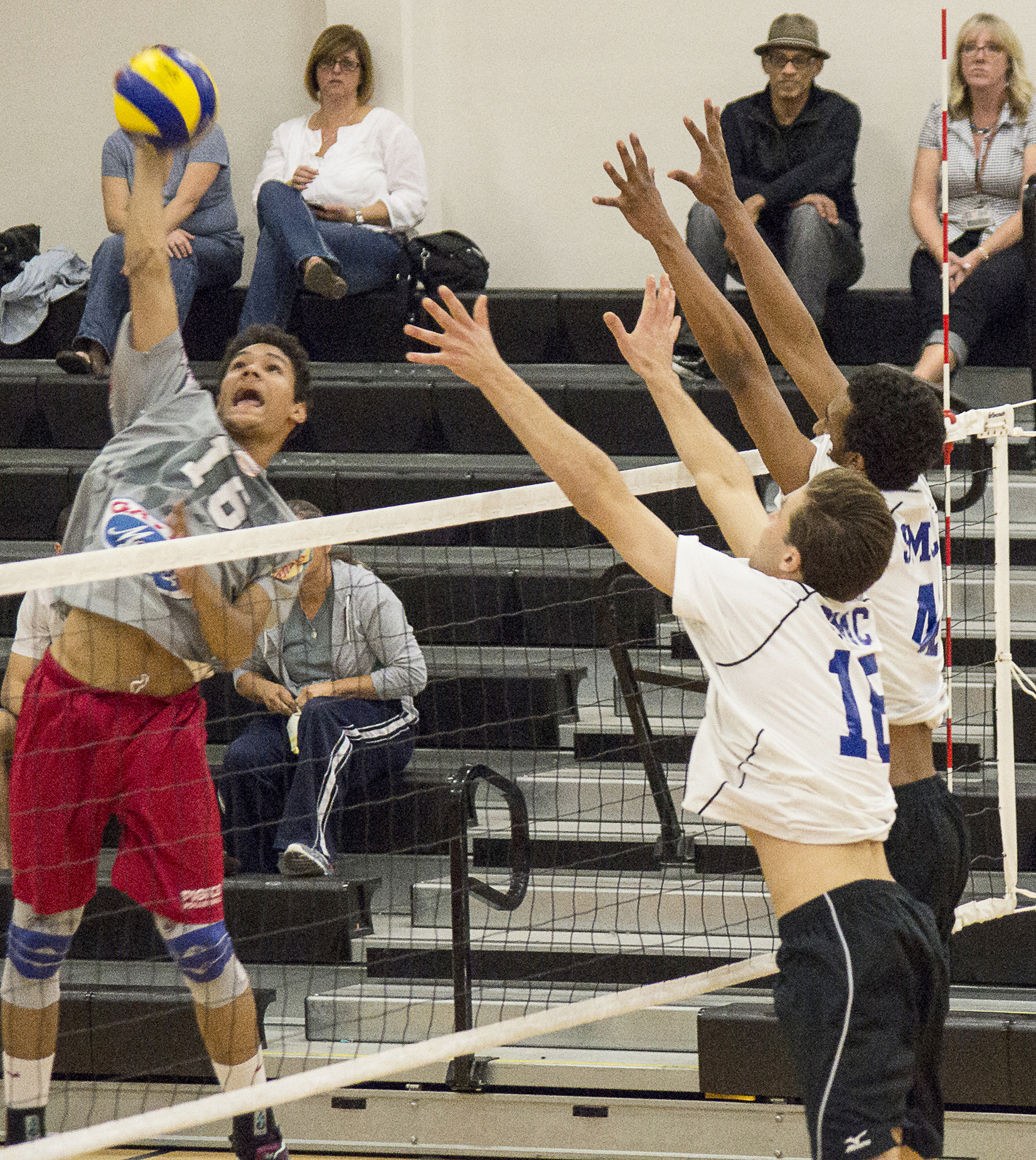 The season is slowly eroding for the Pierce College men’s volleyball team as they lost its second consecutive game on Wednesday March 12 against Santa Monica College by a score of 3-1, leaving Pierce’s overall record at 4-7.

Tim Porter, a former Pierce College volleyball player and current starting middle blocker for SMC, made the final point during the fourth set of the game which sealed the victory for the Corsairs.

Porter said that the win against Pierce felt great and this was the game he had been most looking forward to this season.

“It was really exciting,” said Porter, “I came in ready to play and they did too. It’s just another game, but obviously it was more fun.”

Pierce started the game strong, consistently staying one point ahead of Santa Monica and won 30-28 in the first set.

Even with the first set under their belt  Pierce College fell behind and trailed as much as six points in the second set.

A Pierce highlight came when libero Alex Sanchez played the ball of his chest to give the Brahmas a point, but Pierce was unable to make a comeback and lost the second set 25-20.

Pierce continued to struggle to get back into the game and Santa Monica won the third set 25-18.

“We didn’t play efficiently,” said Mayer, “We didn’t block very well, but as the game went on started blocking better and that’s why we won.”

Mayer stated  he felt good about the win.

“I feel good to win and beat a good team like Pierce,” said Mayer.

With Pierce obtaining 15 total attack errors during the game, Daniel Jacobs, Pierce College’s starting outside player said that mistakes, errors and miscommunication caused the team many problems during the last three sets.

“They were things we could’ve just fixed, but we didn’t and we have to just take them and learn from them,” Jacobs said.

Lance Walker, head coach of Pierce College’s men’s volleyball team stated that Santa Monica is a good team and that they were evenly matched.

“They’re a good team,” said Walker, “Mayer is a Brahma so we were coached under the same philosophies…so he teaches good volleyball. He definitely matched us well today.”

Both Walker and Mayer attended Pierce College and Pepperdine University together.

Pierce College will be given another chance to redeem its self against Santa Monica later on in the season and both teams are ready for the challenge.

Jacobs says that now that they are familiar with Santa Monica’s team they will be ready to play them again.

“We’re a little bitter, but we have to take it with a pinch of salt and come out strong in the next game,” said Jacobs.

The next game for the Brahmas will be at home against Long Beach on Friday March 14 at 6 p.m.