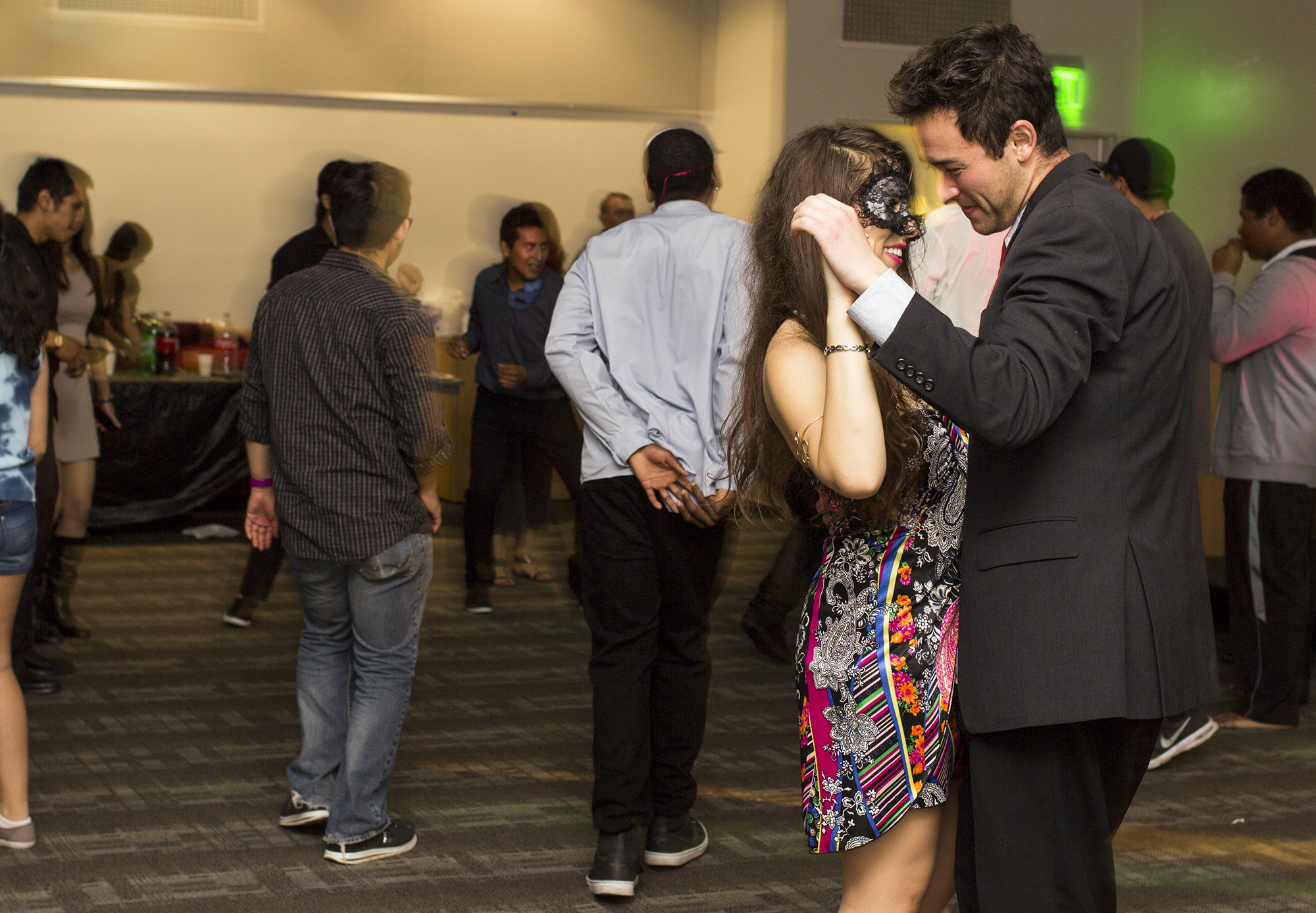 The Associated Student Organization of Pierce College hosted a Masquerade Dance at the Great Hall on Thursday, April 17, and gathered students from Pierce College to come together and enjoy a night out.

ASO provided a live DJ playing music including dance, hip hop, and rock, giving students the opportunity to socialize with one another while offering an assortment of finger foods and drinks.

Iqra Hamid, committee chair of ASO, shared her experience in throwing the Masquerade Dance on campus. It was her first time throwing a party in general and she was nervous about the outcome.

“So far it turned out really good,” Hamid said. “Everyone did a good job helping and organizing.”

She was relieved that people came to the event, although they only had three days of advertising for the dance. She felt everyone in the ASO helped and guided her with planning.

She came across a few obstacles the day of the dance. The food arrived about thirty minutes late and thus she had to wait to open the doors to students waiting outside the Great Hall.

Although Hamid was excited about throwing the Masquerade Dance on campus and handing out masks to students who attended the dance, she thought the felt material they used to make the masks were too warm on their faces.

“Masks were a bad idea. I got too hot,” said Hamid.

Pierce student Joshua Beren came across the Masquerade Dance as he was outside the Mall strip waiting for a friend who came to visit him on campus and overheard music coming out of the Great Hall.

Beren is an economics major and said he couldn’t help but walk into the event and thought it was a great opportunity to get to know people on campus that he normally wouldn’t meet.

“I love to dance and they have great food,” Beren said. “I don’t know anyone here but everyone’s really friendly.”

He enjoyed his time at the dance and mentioned he would come to another dance at Pierce.

ASO senator Lana Minassian gave insight to the night’s event as she was happy that the people at the event weren’t just ASO alumni but were students and other club members.

Even though it wasn’t how she had anticipated, she hopes that on their next event, they will work toward promoting the dance to students on campus ahead of time. They posted flyers and posters around campus the week after Spring Break giving them three days to let people know of the event on campus.

“It would have been great to see more people come out,” Minassian said. “I’m glad to see the event happened because it’s something out of ASO’s agenda.”

With a total of about forty people attending the last hour of the dance, Hamid enjoyed her time with all who attended. She liked dancing with everyone together on the dance floor.

“Everyone did the Cha Cha and knew the moves,” Hamid said.